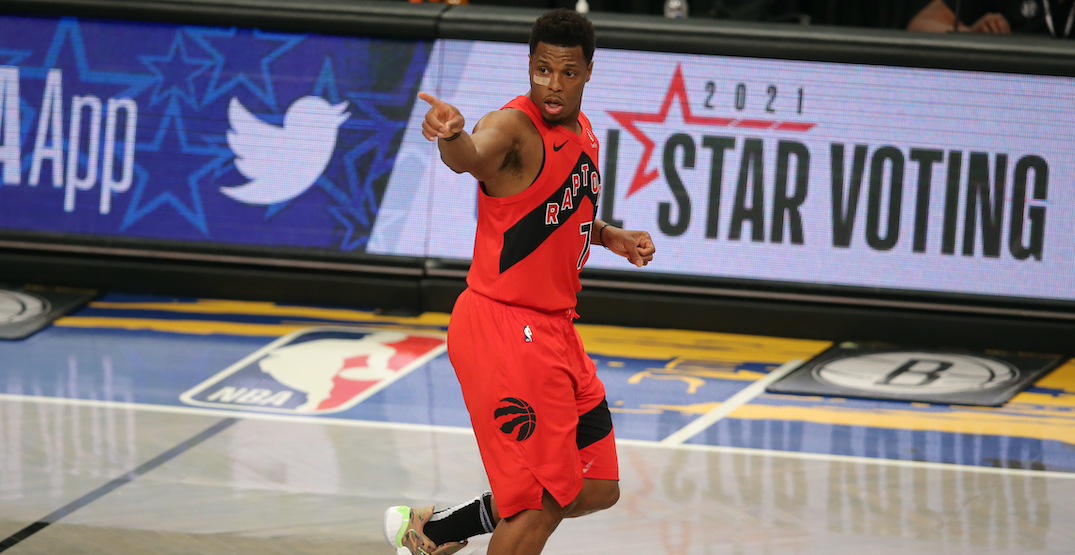 The Toronto Raptors have announced the second half of their 2020-21 regular-season schedule.

Toronto will play 35 games in the second half, including 19 at home. The first game of the second half of their season will be on March 11 against the Atlanta Hawks.

The team will get four more nationally televised games in the US in the second half. Two of those games will be on NBATV, and ESPN and TNT will each have one. The Raptors local television schedule will be released at a later date.

The second-half schedule’s longest homestand for Toronto is five games from April 13 to 21, while the most extended road trip is for four games from April 29 to May 4. They will also have eight back-to-back games.

As previously announced, the remainder of Toronto’s home games will take place at Amalie Arena in Tampa, Florida.

The season was split into half as part of the NBA’s effort to limit the potential spread of COVID-19. This gave the league extra time in case there were any game cancellations from the first half that they could move into the second half.

In the first half of the season, the Raptors will have played 37 games, with 17 at home in Tampa. 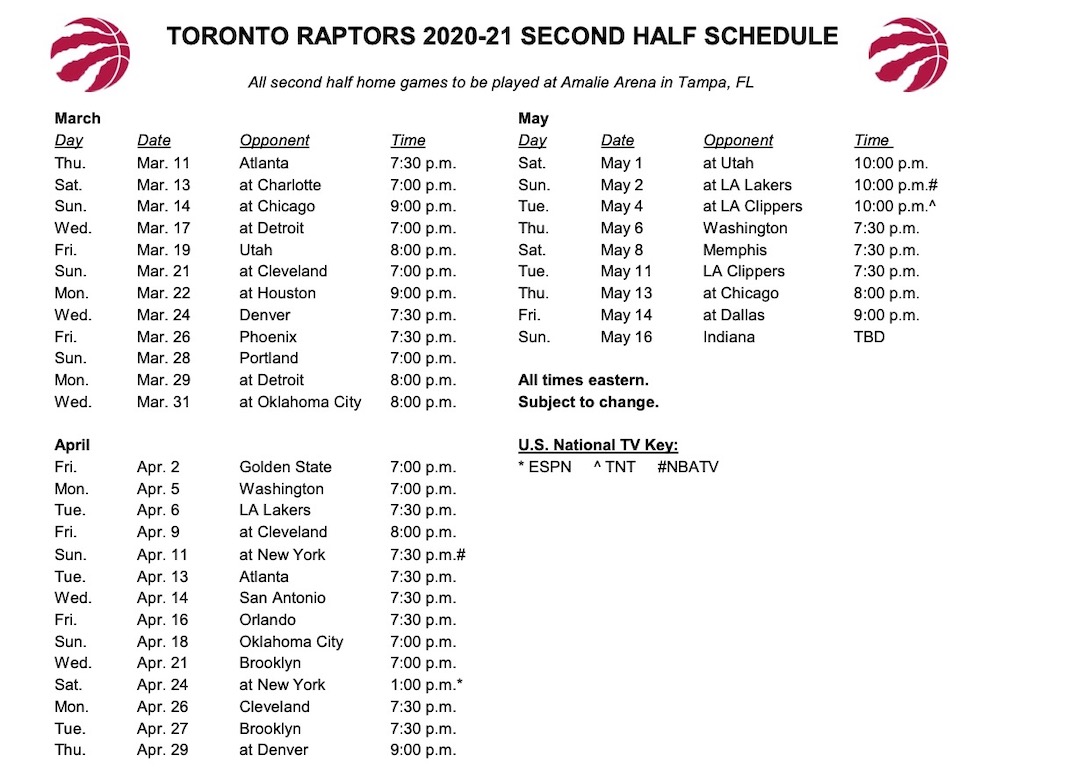