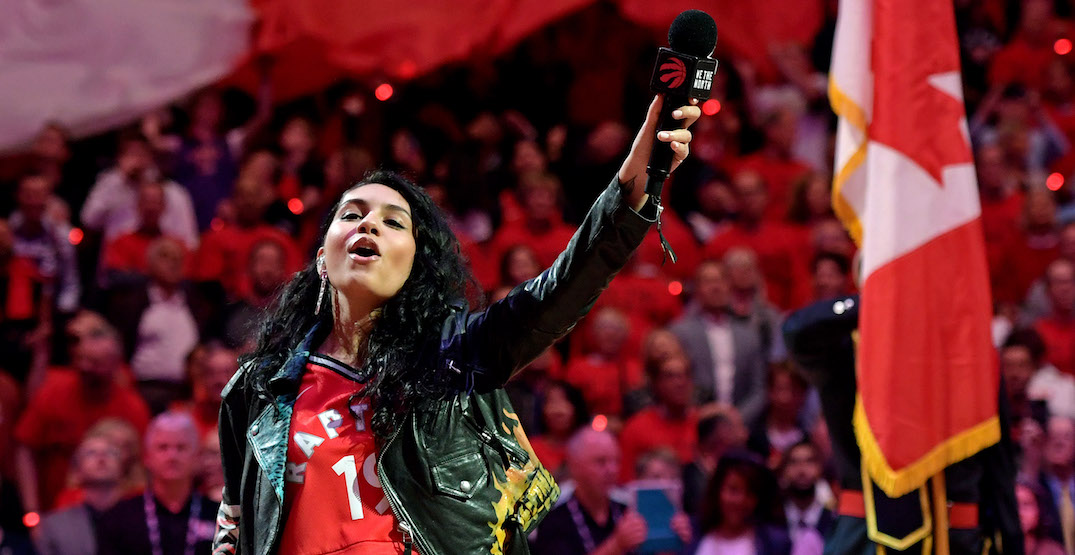 The 2021 NBA All-Star Game will feature some Canadian content.

The NBA announced the performers for the annual spectacle set to take place March 7 in Atlanta, including Grammy Award winner and singer-songwriter Alessia Cara. The Brampton native will sing O Canada prior to tip off, doing so remotely from Toronto.

Cara is no stranger to the NBA stage, as she sang the national anthem at Scotiabank Arena when the Toronto Raptors went to the NBA Finals in 2019.

While fans have returned in a limited capacity at a number of NBA arenas, including for Atlanta Hawks home games, fans will not be permitted to attend this year’s All-Star Game.

The NBA will give more than $2.5 million to historically Black colleges and universities (HBCUs). Throughout the evening, the league will also pay tribute to HBCUs, through musical performances, content, and storytelling.

Kobe Bryant will also be honoured for a second straight year at the NBA All-Star Game, by incorporating 24 points into the calculation of the final target score. The All-Star MVP trophy was also renamed the “Kobe Bryant MVP Award” last year.

“NBA All-Star in Atlanta will continue our annual tradition of celebrating the game and the greatest players in the world before a global audience,” NBA commissioner Adam Silver said. “In addition to the festivities on the court, the All-Star Game will honour the vital role HBCUs play in our communities and focus attention and resources on COVID-19 relief, particularly for the most vulnerable.”

The 70th NBA All-Star Game and skills competitions will take place on the same night, Sunday, March 7. The skills challenge and three-point contest will take place prior to the game, while the slam dunk competition is scheduled for halftime.

It remains to be seen if any Toronto Raptors will play in the game. Fred VanVleet is the team’s best candidate, with All-Star reserves being announced on Tuesday.