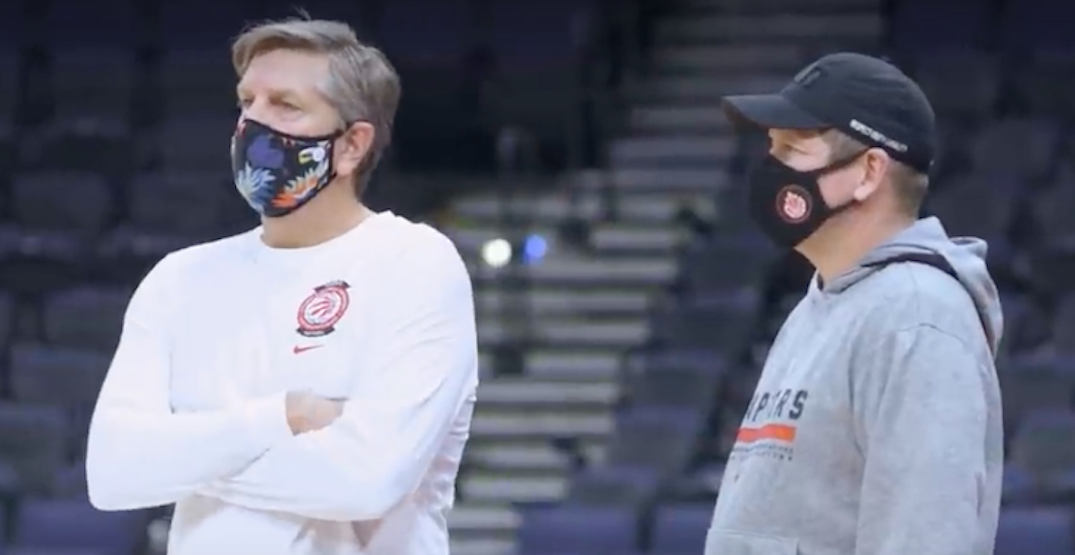 Toronto Raptors assistant coach Chris Finch has a new home, as he was hired as the new head coach of the Minnesota Timberwolves.

“I would like to thank (Team Owner) Glen Taylor and (Team President) Gersson Rosas for this incredible opportunity to be the head coach of the Minnesota Timberwolves,” Finch said in a press release. “I look forward to working hand and hand with Gersson to build and lead a team that Timberwolves fans will be proud of. We have excellent pieces in place and I can’t wait to get to work.”

Finch has a lot of NBA coaching experience. He has been an assistant coach with the Houston Rockets, the Denver Nuggets, and the New Orleans Pelicans. He also won a G League title with the Rio Grande Valley Vipers in 2010. The 51-year-old also has experience coaching overseas as he coached in Germany, Britain, and Belgium for 12 years.

This was Finch’s first season in Toronto, but the team didn’t want to stand in the way of him becoming a head coach elsewhere, according to ESPN’s Adrian Wojnarowski.

Hiring a coach off another staff during the season is uncommon, but Toronto wouldn't stand in the way of Finch's chance to become a head coach now. Finch had success as a G-League head coach, and has interviewed for several head coaching jobs in recent years.

This is the first time that an assistant coach has been named a head coach of a different NBA team mid-season since Lionel Hollins went from being a Milwaukee Bucks assistant to being hired as head coach of the Memphis Grizzlies back in 2009.

Finch’s first game is expected to be on Tuesday in Milwaukee against the Bucks, and, according to ESPN’s Adrian Wojnarowski, he will keep on Saunders’ former assistants for the time being.

Meanwhile, Toronto will be preparing for a rematch against the Philadelphia 76ers on Tuesday. The Raptors defeated the 76ers 110-103 with good games from Pascal Siakam and Fred VanVleet.