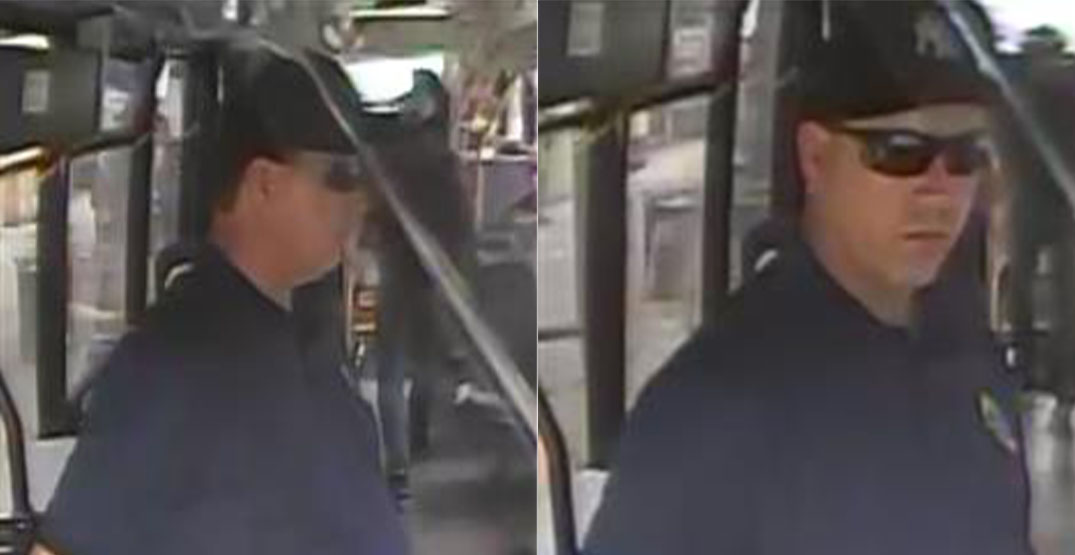 Victoria police are searching for this man who allegedly attacked a young Black man on a bus. (Victoria Police Department)

Police in Victoria are searching for a suspect who attacked a young Black man on a City bus without provocation or warning.

According to a Victoria police news release, video from the bus shows the Black man boarding and making his way towards a seat when the suspect stands up and suddenly hits him.

Bystanders took notice and pushed the suspect off the bus.

The young man and his friend flagged down two police officers on Johnson Street, and the investigation began. Police say the June 19 assault is being investigated as a possible hate crime.

The force has released images of the suspect in the hopes of identifying him. He’s described as a 40- to 50-year-old white man with a medium to heavy build and blond hair. He was wearing a black hat, sunglasses, a dark blue shirt, and tan shorts at the time.

Anyone with information about who the suspect is can contact the Victoria Police Department at 250-995-7654, and select option 1 for the report desk. Information can also be submitted anonymously through Greater Victoria Crime Stoppers at 1-800-222-8477.

Do you recognize this suspect in a June 19th random assault of a young Black man on a bus that was caught on video. Caucasian male, 40-50, blond hair, med-heavy build, black hat, blue shirt, tan shorts. Call (250) 995-7654 ext 1 or @VicCrimeStop #yyj | https://t.co/KPsfLKvayY pic.twitter.com/s9hEaiAaRI