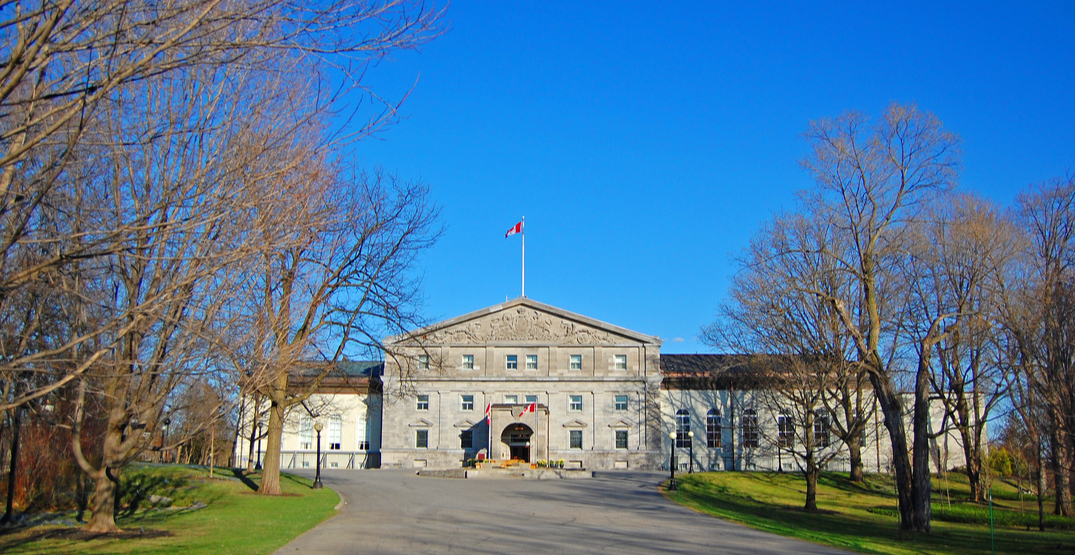 The grounds of Rideau Hall in Ottawa. (Shutterstock)

An armed man reportedly broke into the grounds of Rideau Hall in Ottawa this morning, according to the RCMP.

Police say that the incident took place at approximately 6:40 am when the suspect gained access to the grounds on Sussex Drive.

Fortunately, the individual was arrested shortly after without incident and according to the police, neither the prime minister nor the Governor General was present at the time.

The male suspect remains in custody and is being interviewed, although police say they will not be releasing his identity as “charges are pending.”

(1/2) At approximately 6:40 this morning, an armed man was able to access the grounds of 1 Sussex Drive. The Prime Minister and the Governor General were not present at the moment of the incident.

(2/2)The man was arrested shortly after without any incident. He is currently in custody and is being interviewed. We are not releasing his identity at this time as charges are pending.

The Office of the Prime Minister has confirmed with Daily Hive that he was not at Rideau Hall this morning but refrained from making any additional comment.