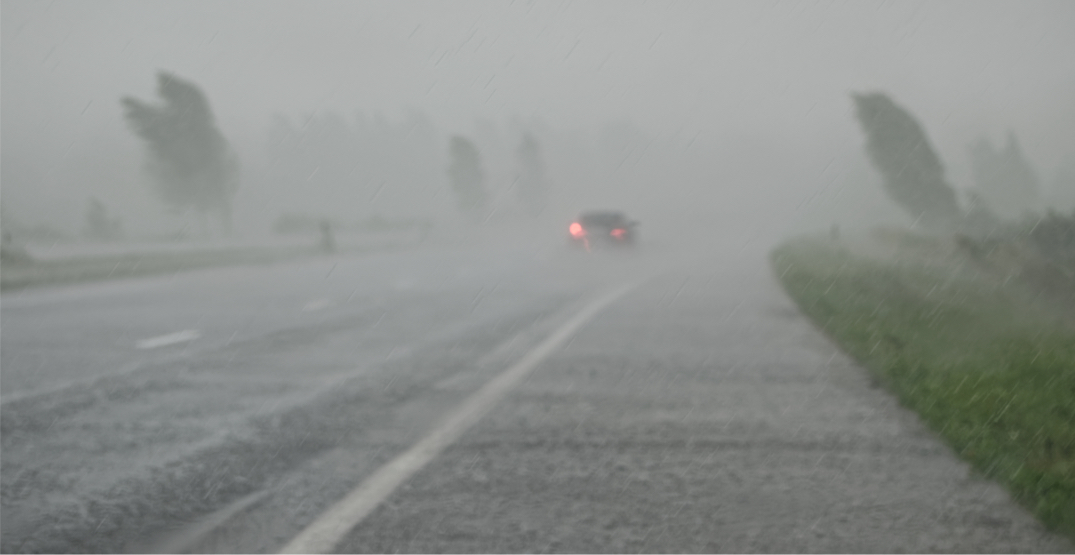 Weather-beaten BC might be tested by Mother Nature yet again. According to statements from the provincial government and Environment Canada, coastal areas of BC are in for some wild weather.

In the afternoon on Monday, January 10, Environment Canada issued a rainfall warning for the entirety of Metro Vancouver.

“Persons in or near this area should be on the lookout for adverse weather conditions and take necessary safety precautions,” said Environment Canada.

Across the BC coast & Fraser Valley, we can expect heavy rain, snow at higher elevations, & strong wind throughout the week.

The rain, combined with melting snow, could cause rivers to rise & result in flooding.

The agency is asking the public to watch for updated statements as the storm comes. The warning comes on top of a special weather statement from earlier in the morning that cautioned Metro Vancouverites about potential localized flooding and high stream levels.

The province also issued an information bulletin urging British Columbians to prepare for the weather ahead of substantial rain.

Don't get caught unprepared during the next big #BCStorm. Put together an outage plan and emergency kit for your home. Learn more: https://t.co/ZgxtC6tBeb pic.twitter.com/bWjz4qDhpt


“The rainfall expected this week, combined with the melting of recent snow, is a concern,” said the province. “Rivers are expected to rise, resulting in possible flooding. Previously flooded areas may be more vulnerable.”

The River Forecast Centre has issued a high streamflow advisory for much of coastal BC.

After historic flooding in BC in November 2021, areas that were heavily hit by floods and mudslides could be at risk again.