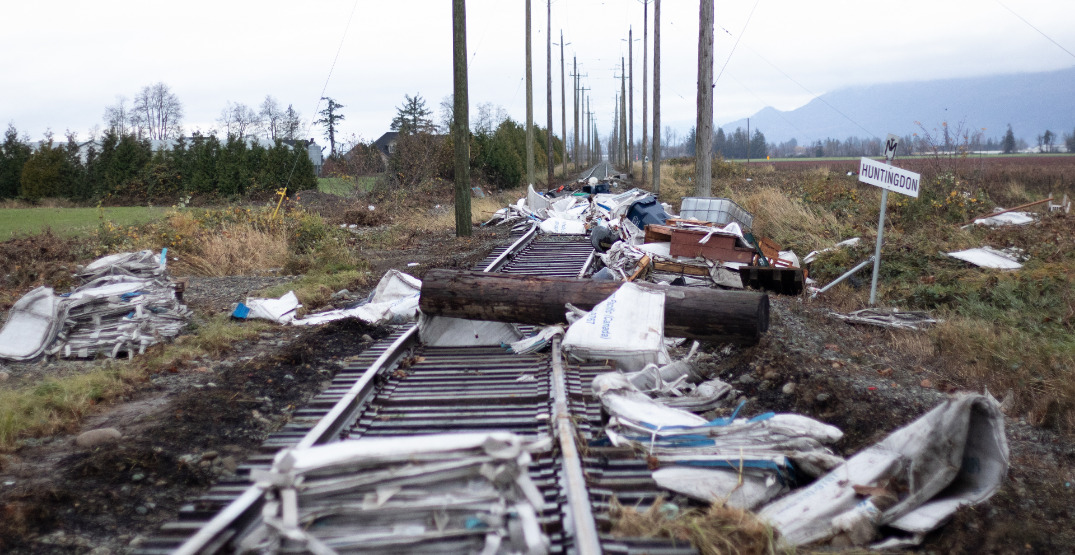 Debris on a train track after flooding in Abbotsford. (Ainsley Moore/Shutterstock)

Extreme flooding and mudslides caused by record-breaking precipitation in November have led to the most costly disaster in BC history.

The BC division of the Insurance Bureau of Canada (IBC) has released some staggering figures when it comes to the insured damage that was incurred as a result of the floods.

In total, the extreme weather events have led to an estimated $450 million in insured damage, according to Catastrophe Indices and Quantification Inc.

The mudslides and flooding that were fuelled by atmospheric rivers that began on November 13 have led to what the IBC calls the most costly severe weather event in BC history.

Storms led to a loss of life, as well as flooding of property, farms and businesses. Infrastructure also sustained unprecedented damage.

Aaron Sutherland, Vice President, Pacific and Western, IBC, suggests that the government and taxpayers will bear the majority of the cost.

“As we continue to see the increasing impacts of our changing climate, it’s clear much more must be done to create a culture of preparedness and to build our resilience to the risks we face.”

Like other groups, the IBC is calling for better measures when it comes to disaster preparedness in the province.

“These disasters are also having an outsized impact on those most vulnerable and, as a result, we must greatly enhance our efforts to mitigate future climate change and to adapt to the new weather reality we face,” adds Sutherland.