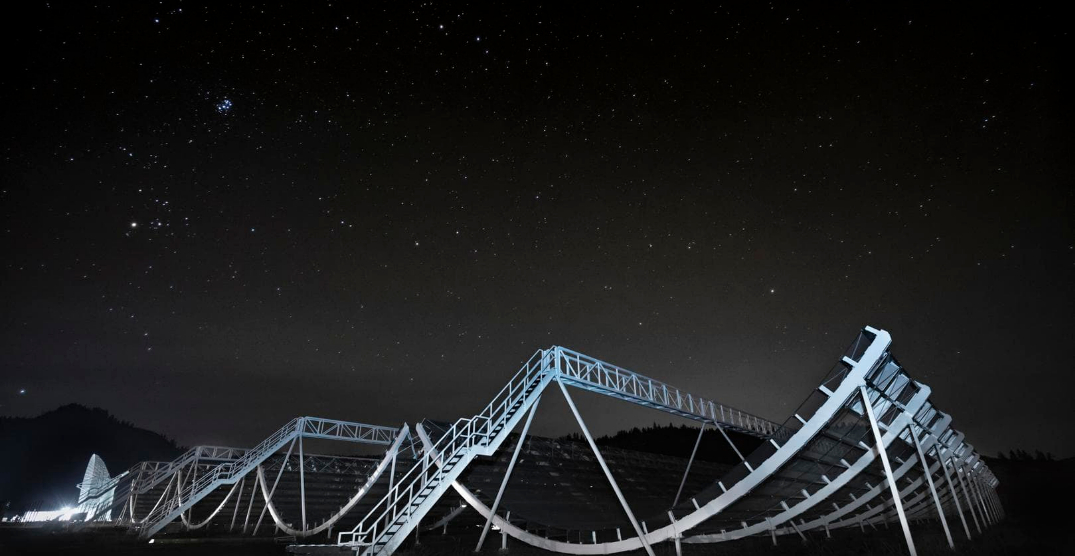 A fast radio burst (FRB) that resembles a heartbeat has been detected in a “far-off galaxy,” and it has scientists and astronomers at top universities speculating about what it could signify.

This mysterious radio burst was discovered by telescopes in BC and at academic institutions around North America, including MIT.

The journal Nature, as well as MIT News, presented the findings.

Nature states that FRBs are “millisecond-duration flashes of radio waves that are visible at distances of billions of light-years.”

What makes this particular detection of FRBs unique is the duration and intervals at which they’re being detected. This regularity has some astronomers and space experts referring to the radio bursts as a “heartbeat.”

Nature suggests that the way these FRBs are behaving classifies them as an outlier when compared to other FRBs that have been discovered.

MIT News says that each signal lasts up to three seconds, which is 1,000 times longer than the average FRB.

The galaxy in which the signal was detected appears to be seven billion light-years away from planet Earth.

“Such short periodicity provides strong evidence for a neutron-star origin of the event. Moreover, our detection favours emission arising from the neutron-star magnetosphere, as opposed to emission regions located further away from the star, as predicted by some models,” reads the Nature abstract.

The experts over at MIT think that this discovery could have major implications.

“There are not many things in the universe that emit strictly periodic signals,” says Daniele Michilli, a postdoc in MIT’s Kavli Institute for Astrophysics and Space Research in an MIT News report.

“Examples that we know of in our own galaxy are radio pulsars and magnetars, which rotate and produce a beamed emission similar to a lighthouse. And we think this new signal could be a magnetar or pulsar on steroids.”

The layman’s version of all of that space jargon is basically that this space phenomenon amounts to some sort of “astrophysical clock,” according to MIT.

“For instance, the frequency of the bursts, and how they change as the source moves away from Earth, could be used to measure the rate at which the universe is expanding.”