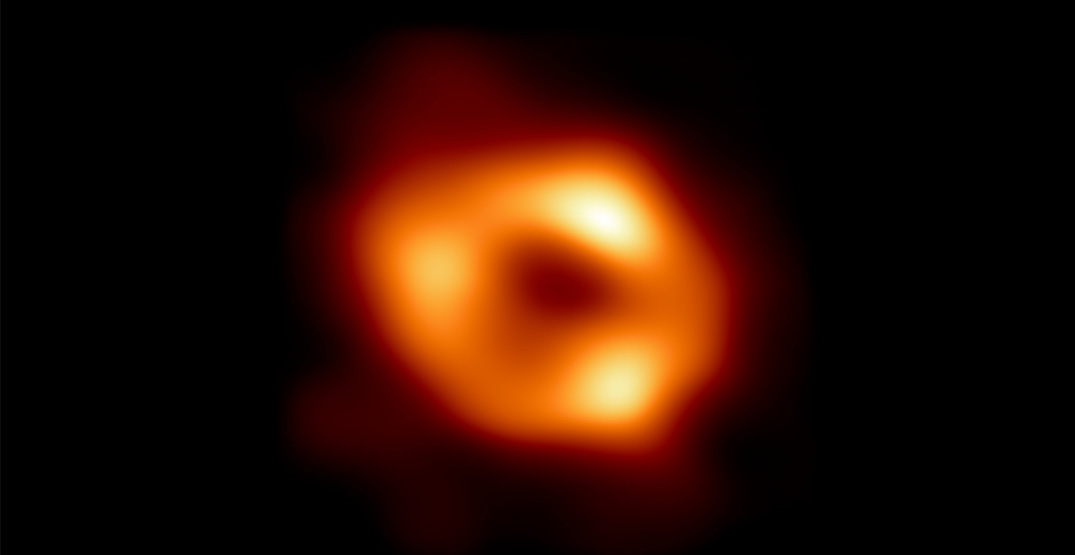 Astronomers have theorized about the supermassive black hole at the heart of the Milky Way galaxy for years — today, they finally revealed the first-ever photo, proving its existence.

A global team of researchers called the Event Horizon Telescope (EHT) Collaboration captured the image of the enormous black hole called Sagittarius A* using a worldwide network of radio telescopes.

We finally have the first look at our Milky Way black hole, Sagittarius A*. It’s the dawn of a new era of black hole physics. Credit: EHT Collaboration. #OurBlackHole #SgrABlackHole
Link: https://t.co/Ax7ECRVg8A pic.twitter.com/LRWizSYOy9

“These unprecedented observations have greatly improved our understanding of what happens at the very centre of our galaxy and offer new insights on how these giant black holes interact with their surroundings,”  explained EHT project scientist Geoffrey Bower in an announcement on Thursday.

The picture is both eerie and mesmerizing. While we can’t see the black hole itself because it’s completely dark, the amber glow of gas surrounding it is a telltale sign. EHT describes it as a dark central region, called a “shadow,” surrounded by a bright ring-like structure.

The image captures how light is bent by the incredibly powerful gravity of the black hole, four million times more massive than our Sun.

While the news of having a supermassive black hole as our galactic neighbour may be alarming, astronomers say it’s nowhere near Earth.

According to EHT, Sagittarius A* is about 27,000 light-years away from Earth and would appear in our skies as the size of a donut on the Moon.

So, how exactly did researchers capture the image if it appears that small from Earth? The team created the EHT, which linked eight existing radio observatories across the planet to form a single “Earth-sized” virtual telescope.

Just like taking long exposure photos on a camera, the EHT observed the black hole for multiple nights, collecting data for many hours. 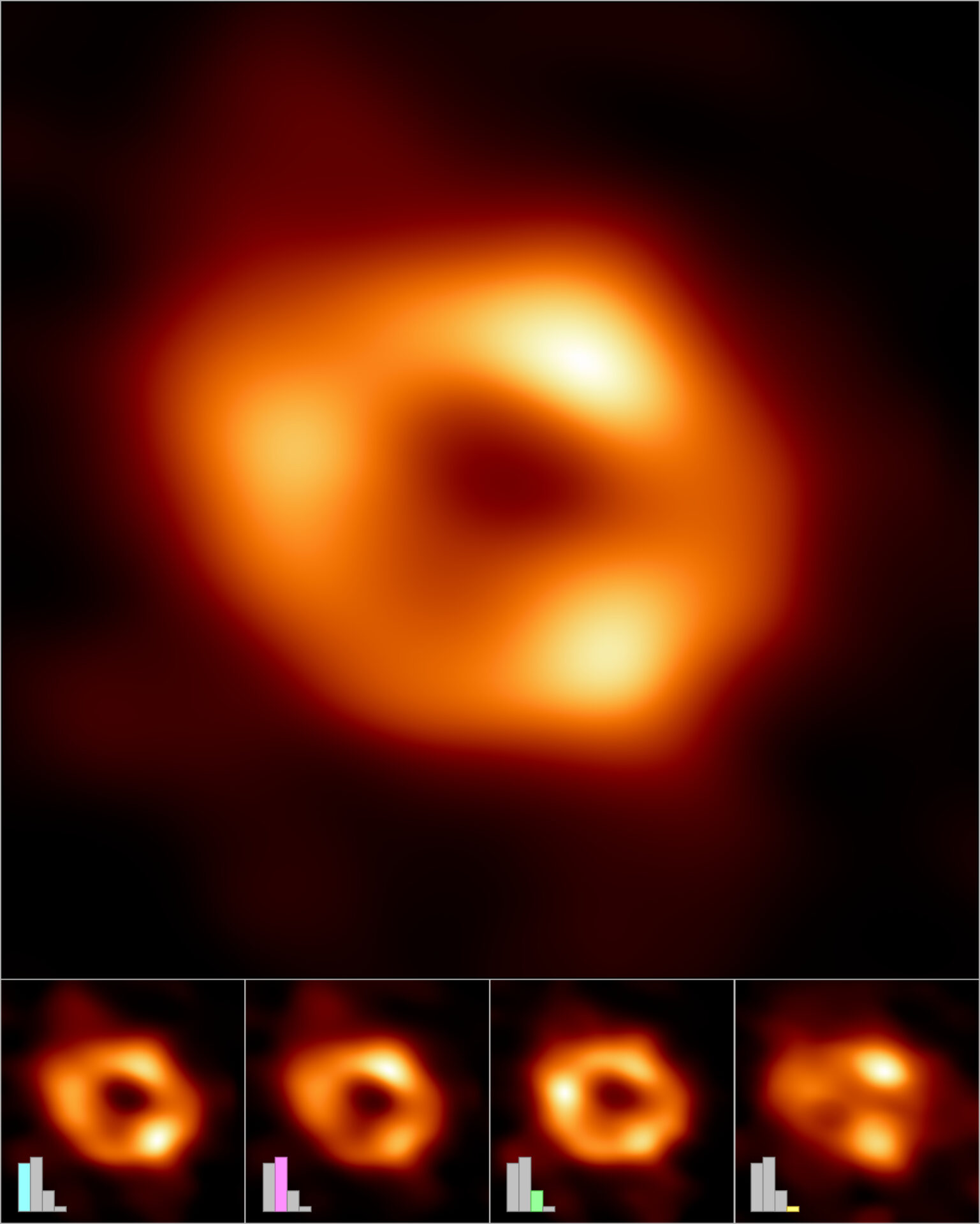 That was revealed in 2019, and was also produced by the EHT Collaboration. The black hole, called M87*, is at the centre of the distant Messier 87 galaxy. EHT says our galaxy’s black hole is more than a thousand times smaller and less massive than M87*.

Scientists are excited to compare and contrast the images of these two black holes.

“We have images for two black holes — one at the large end and one at the small end of supermassive black holes in the Universe — so we can go a lot further in testing how gravity behaves in these extreme environments than ever before,” said EHT scientist Keiichi Asada.

The new data will also be used to test theories and models of how gas behaves around supermassive black holes, which is thought to play an important role in the birth of galaxies.