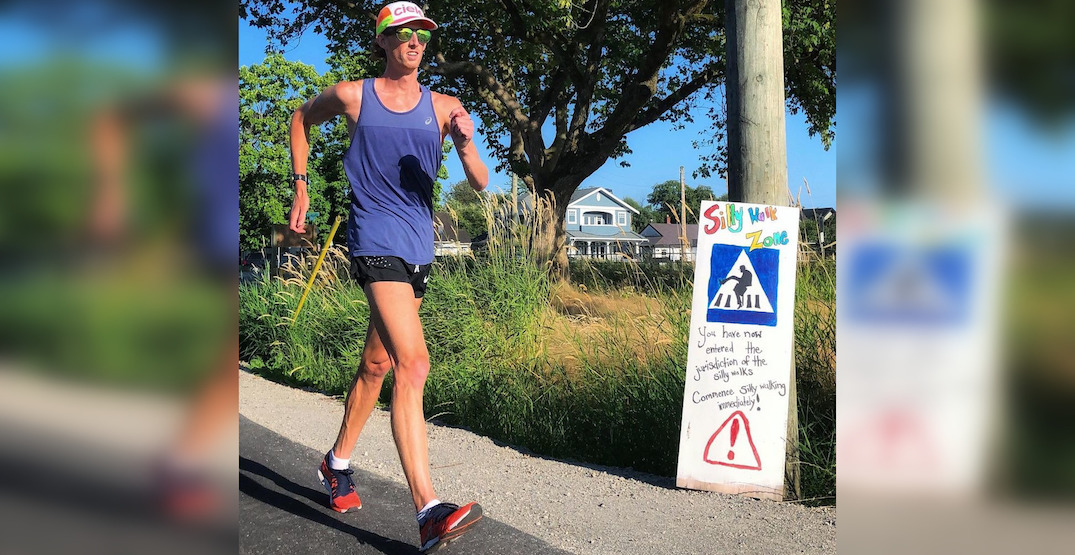 Evan Dunfee is making his case to be the world’s fastest man — well, at least while keeping one foot on the ground.

Next month, the Richmond, BC-based racewalker Dunfee is set to make his second Olympic appearance at the Tokyo Summer Games.

Competing in the 50 km racewalk, taking place 800 km north of Tokyo in Sapporo on August 6, Dunfee is looking to avenge a controversial decision from the 2016 Olympic Games in Rio de Janeiro.

If you looked at the results, Evan Dunfee finished fourth in the 50km race in Rio with a time of 3:41:38.

But the footage shows another story. A collision within the race’s final 2 km with Japan’s Hirooki Arai saw Dunfee initially awarded the bronze medal after an appeal before the Olympic committee reversed the decision.

“If you told me before the Olympics: ‘hey, the most exhausting part of your day is not going to be the actual 50 km race,’ I would’ve been very confused,” Dunfee said in an interview with Daily Hive. “It was certainly a bit of a back and forth not knowing what was going on.”

Dunfee said he didn’t even realize that anyone beyond his parents cared about the race.

But a CBC broadcast of the race had shown Dunfee and Arai’s collision, prompting Canadian fans to closely follow the aftermath of the racewalk.

“Our media liaison was like, ‘You need to put out a statement. People want to hear from you,’ and I laughed out loud,” Dunfee said.

“But it turns out, it had been this thing that people were talking about, and it was resonating with them,” he added. “Nobody expects racewalking to be more than a highlight shown of how the Canadian does in the race.”

Despite finishing so close to an Olympic medal, Dunfee said he’s been very content with how it all shook out.

“What I really hold on to now is… not that I could have been third… it was that I left everything I constantly had out there and, and that was what was most important to me,” Dunfee said.

Dunfee originally planned to compete in the 20 km racewalk in Tokyo. However, the Games’ Organizing committee ultimately decided to hold the races on back-to-back days in Sapporo, making it impossible for athletes like Dunfee to do both events at full strength.

Dunfee said he’s “not happy with how that was all handled,” but is focusing all his energy on the 50 km race.

“It would’ve been fun to do [the 20 km race] in protest, but I would have taken a spot away from somebody else,” Dunfee said. “So it would’ve been pretty, pretty selfish to do that.”

Like many Olympians, Dunfee has taken on motivational speaking opportunities over the last few years.

“To get the platform that I’ve had [following the Rio Olympics], it’s allowed me to do so much with my career and talk to so many kids about how important sport is and how important it is to set big goals,” he said.

As for how he’s been preparing for the race, Dunfee said podcasts keep him busy as he walks around seven days a week.

“I’m really visible, you know, all my training is out on the streets of Richmond,” Dunfee said. “I get to really see the community and see the city. What’s really awesome is that the last month or so, I haven’t had a walk where there hasn’t been a dozen to 20 people honking their horns, cheering, shouting ‘good luck in Tokyo!'”

One of the most common questions Dunfee gets is about racewalking’s legitimacy as a sport itself. He’s heard all the jokes, chirps, and laughter about the technique the sport requires.

Swaying from side to side while grimacing all the while, racewalking has been ridiculed for years as one of the Olympics’ strangest events. Dunfee doesn’t mind teaching people about his passion, though.

“What really helps is being honest with people,” Dunfee said, “and telling them, ‘Yeah, it does look funny.’ If they’re willing to give me the chance to defend it, nine times out of 10, I’m able to convince them that the sport has its place and its value.”

Dunfee added that just about every sport has an element of humour to it.

Dunfee has secured an endorsement deal with KD, and is encouraging Canadians to give his sport a shot. Fans can upload a video under the #KDRaceWalkers hashtag to social media for the chance to win Kraft Dinner x Evan Dunfee signature kit. 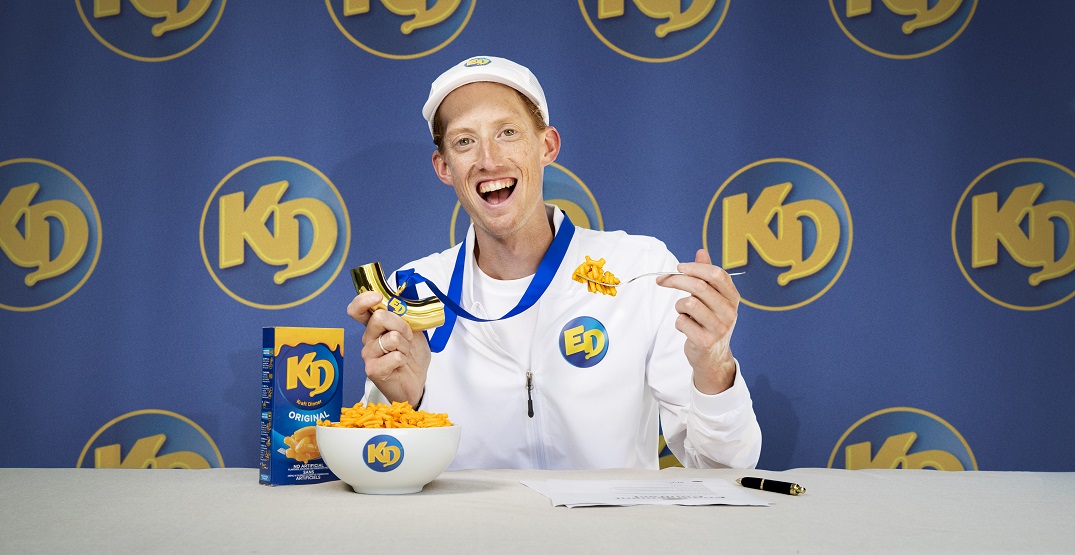 Earlier this week, Dunfee made a major change to his aesthetic — getting a haircut for the first time in 18 months. Dunfee no longer had his signature hair that had made him visible all over Richmond.

…yah, I got a haircut today. pic.twitter.com/6pfueTSD06

While it did cause him to lose a bet with his partner, Dunfee said his locks would’ve been too much to handle in the Japan heat.