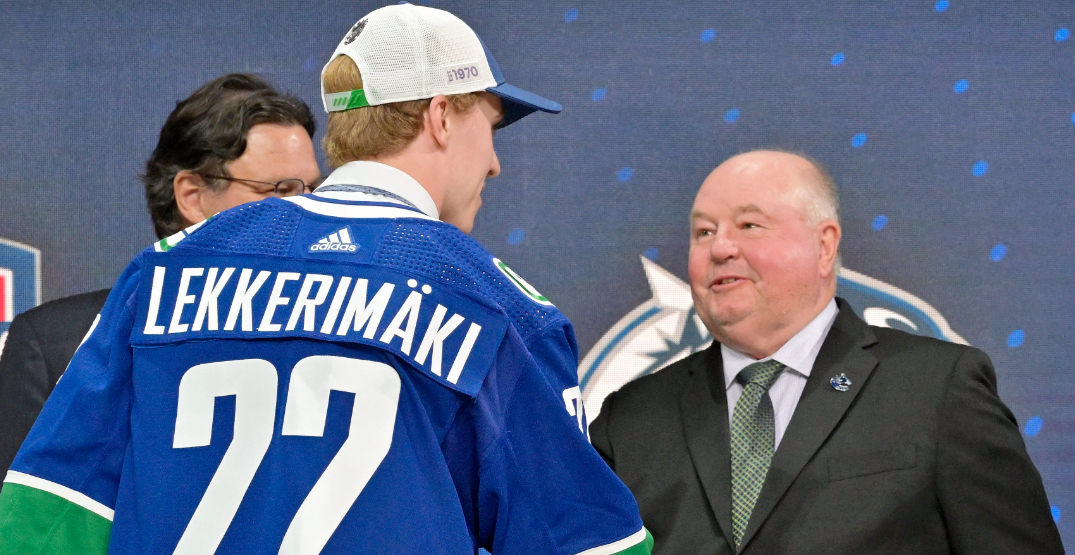 It won’t take long for the Vancouver Canucks to get their first up-close look at Jonathan Lekkerimaki.

Lekkerimaki, the No. 15 pick in the 2022 NHL Draft on Thursday, was among the 36 names announced to be participating in the Canucks 2022 Development Camp at Doug Mitchell Thunderbird Sports Centre at the University of British Columbia from Monday, July 11 to Thursday, July 14.

In all, 19 forwards, 12 defencemen, and five goalies will participate in the camp, including five of six players selected in the 2022 draft.

#Canucks development camp roster for next week at UBC pic.twitter.com/jdIOXcJshM

Also participating are Danila Klimovich, Vancouver’s top pick in the 2021 NHL Draft, and Arsheep Bains, who signed with Vancouver as an unrestricted free agent after leading the Western Hockey League in scoring with 112 points (43 goals, 69 assists). Finnish defenceman Joni Jurmo, the Canucks’ first pick in 2022, will also be in attendance.

On ice action at the camp begins Monday.