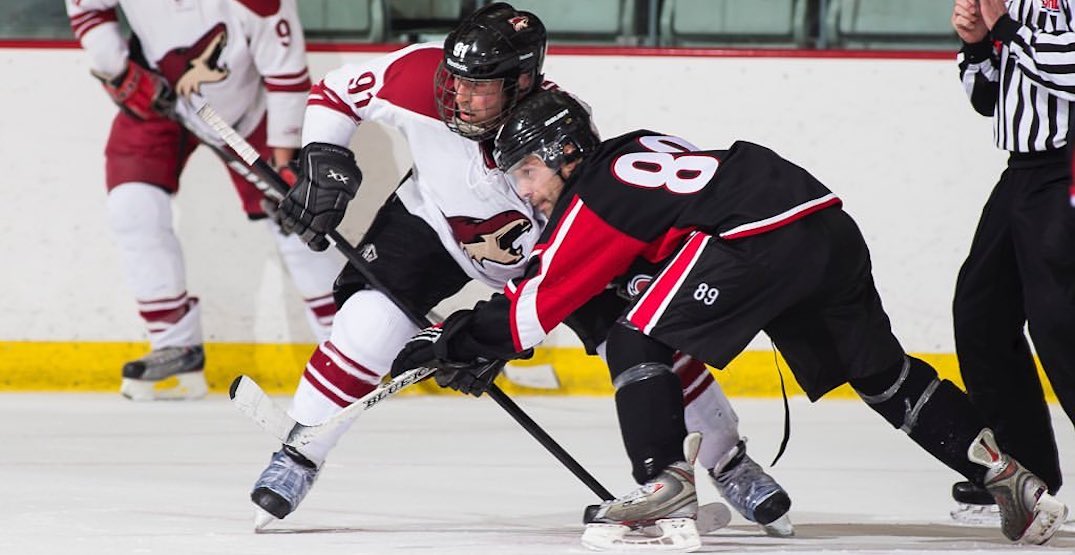 You can add beer league hockey to the list of activities that you won’t be able to do in British Columbia if you’re not vaccinated.

Canada’s largest rec hockey league, the ASHL, has confirmed that proof of vaccination will be required to play games in BC. In accordance with the province’s health order announced on Monday, players will need to have one dose of an approved COVID-19 vaccine by September 13, and two doses by October 24.

Proof of vaccination will be required for anyone entering a Canlan Sports complex in BC, including Scotia Barn (formerly Burnaby 8-Rinks), North Shore, and Langley Twin Rinks in the Lower Mainland. The ASHL says it has 575 teams registered across four locations in BC.

“Beginning on September 13, participants, players and guests will be required to present proof of vaccination and a valid government ID to enter a Canlan Sports complex,” Canlan announced. “The province will subsequently require you to be fully vaccinated by October 24, and will be issuing additional information on how to download your proof of vaccination.”

Masks will also need to be worn inside Canlan facilities, “unless actively engaged in a sports activity on the ice or field.”

It’s been a challenging 18 months for rec hockey players.

New on-ice rules to promote social distancing were introduced last summer, after seasons were cancelled at the start of the pandemic back. Fall/winter seasons began last year, but were interrupted and then cancelled during the second wave last fall. Rec hockey returned last June as part of BC’s reopening plan.