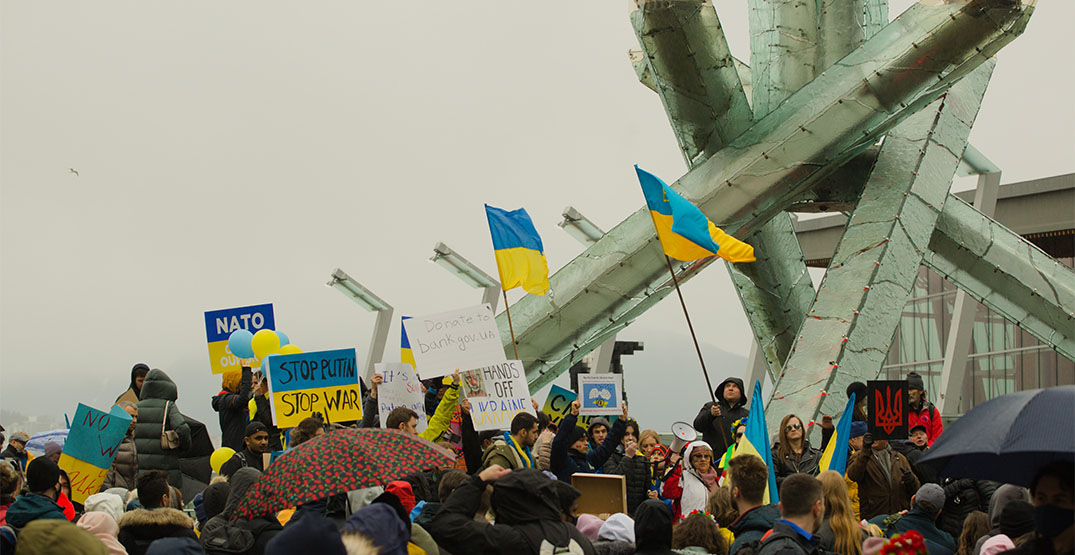 Another rally calling for Russia to stop its invasion of Ukraine is planned for Sunday afternoon in downtown Vancouver.

Promotional images for the protest being shared online indicate the demonstration will start at 1 pm on March 27 in front of the Vancouver Art Gallery.

The anti-war rally will show support for Ukraine and call on Russia to halt its destruction in the eastern European country. 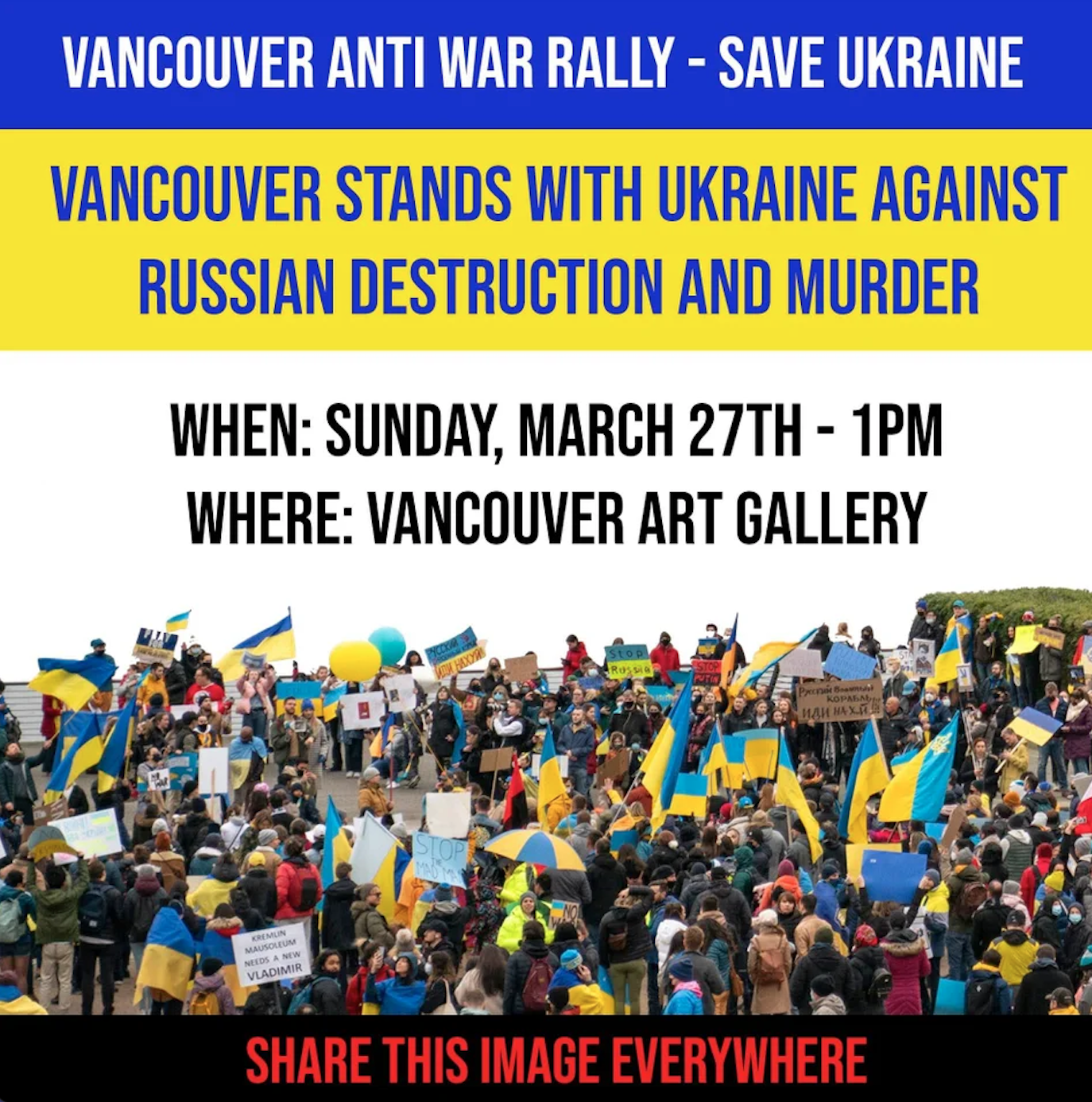 Vancouverites have shown steady support for Ukraine ever since Russia started military action in February.