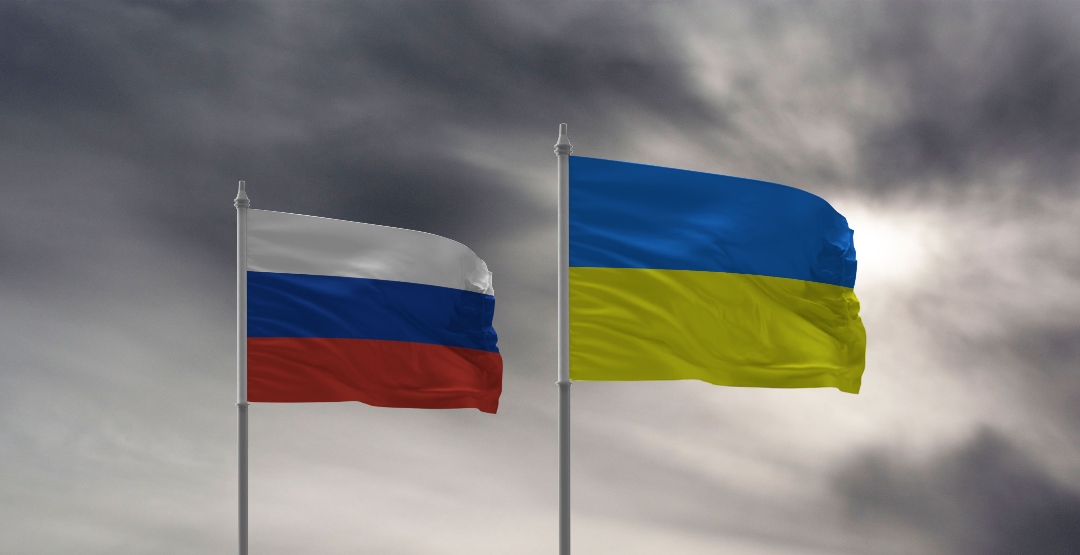 Most Canadians would agree that a third world war is on the horizon, according to a new Leger poll.

The survey, published on March 15, asked both Canadian and American participants to share their perspectives on several topics related to the Russia-Ukraine conflict. When asked whether they think the conflict has the potential to develop into a world war, both groups showed immense concern.

According to Leger, a whopping 74% of Canadians and 66% of Americans said they believed that Russia’s full-scale invasion of Ukraine ⁠— launched on February 24 ⁠— could likely result in the beginning of a world war.

Meanwhile, 64% of Canadians and 57% of Americans said they think the conflict could last for many years. 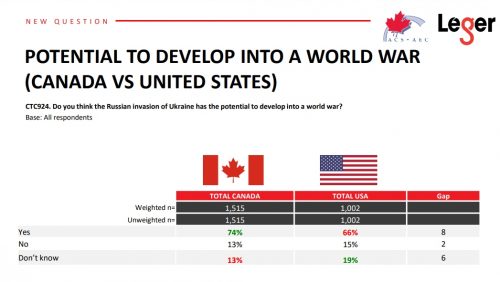 More division in each respective group was apparent when participants were asked about the possibility of nuclear warfare. According to the poll, 47% of Canadians and 41% of Americans think Putin will use nuclear weapons if the conflict does not end in Russia’s favour.

Both countries are also split on the idea of enforcing a no-fly zone over Ukraine. On that subject, 47% of Canadians and 44% of Americans say they would support the enforcement of one even if it further escalated the conflict.