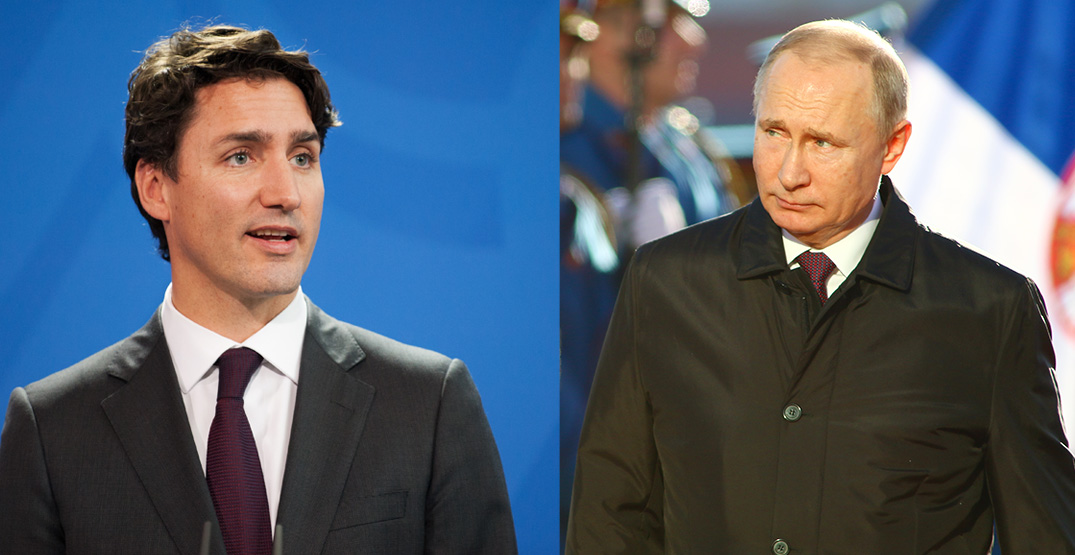 In a statement released late Wednesday night, Trudeau called the attack “unprovoked” and a violation of Ukraine’s sovereignty.

“Canada calls on Russia to immediately cease all hostile and provocative actions against Ukraine and withdraw all military and proxy forces from the country,” he stated. “Russia’s actions will be met with severe consequences.”

Canada condemns – in the strongest possible terms – Russia’s egregious attack on Ukraine. These unprovoked actions are a clear further violation of Ukraine’s sovereignty and territorial integrity, and of Russia’s obligations under international law and the Charter of the UN.

Russia launched a full-scale invasion by land, air, and sea on Ukraine early Thursday after years of conflict between the neighbouring Eastern European countries. There have been reports of air raid sirens, explosions, and Russian troops flooding the border.

Canada’s Minister of Foreign Affairs Mélanie Joly says the team at the Canadian embassy in Ukraine is safe.

“Just spoke with Canada’s Ambassador to Ukraine, Larisa Galadza,” Joly tweeted on Thursday. “The team is safe and the embassy will offer consular services to Canadians from Lviv as long as possible.”

The team is safe and the embassy will offer consular services to Canadians from Lviv as long as possible. If you need consular help in Ukraine, please reach us at [email protected]

In the latest tweet from Ukrainian Foreign Minister Dmytro Kuleba, he says Russian President Vladimir Putin is “plunging Europe into its darkest time since 1939.” He’s calling on governments around the world to place Sanctions on Russia and to support Ukraine with military and financial support.

Right now, Putin is plunging Europe into its darkest time since 1939. Any government hoping to sit this out is naïve. Don’t repeat mistakes of the past. Hit Russia with severe sanctions now. Help Ukraine with military and financial support. Together we can #StopRussianAggression.

On Tuesday, Canada announced that it will impose economic sanctions on Russia, which includes a ban on two state-backed Russian banks, barring any financial dealings with them.

Canada has also issued a travel advisory to Belarus, a country that borders Ukraine and Russia.

Trudeau says he will be meeting with G7 partners on Thursday and will continue to work closely with NATO to respond to the “reckless and dangerous acts.” He plans to impose more significant sanctions in addition to those already announced.

“We continue to stand with Ukraine, its people, and the Ukrainian Canadian community here in Canada,” said the prime minister. “Russia’s brazen acts will not go unpunished.”