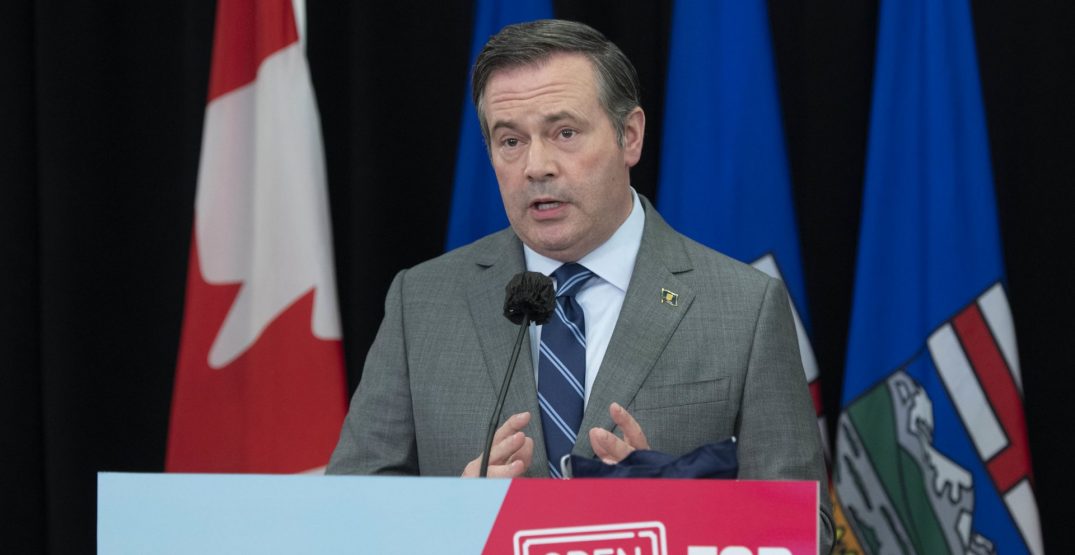 Premier Jason Kenney will meet with leaders of Alberta’s Ukrainian community as the threat of a Russian invasion of Ukraine mounts.

Kenney will be joined by Oleksandr Danyleiko, Consul General of Ukraine in Edmonton (Canada), Ed Stelmach, former Premier of Alberta and Jackie Armstrong-Homeniuk, MLA for Fort Saskatchewan-Vegreville and Chair of the Advisory Council on Alberta-Ukraine Relations.

Opening remarks from the meeting begin at 4:30 pm. The conversation will cover how Alberta can provide support to the Ukrainian people against Russian aggression and potential invasion.

Yesterday Canada introduced new sanctions against Russia as Ukraine tensions escalate, including a ban on two state-backed Russian banks, preventing any financial dealings with them.

Earlier this week, Canada issued a new travel advisory, urging all Canadians to avoid any “non-essential travel to Belarus,” due to the risk of arbitrary enforcement of local laws and the risk of armed conflict with Ukraine.