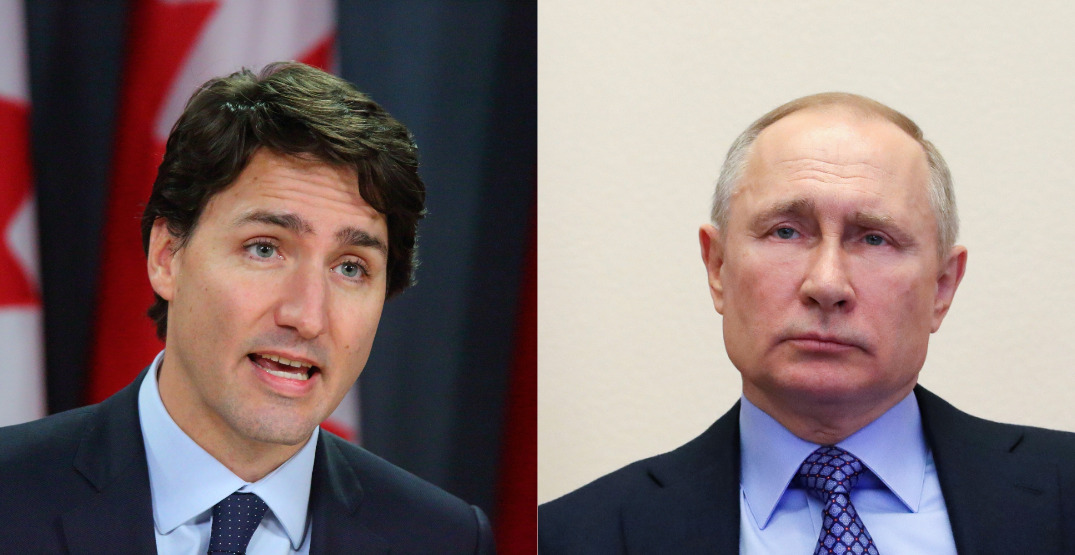 As tensions continue to escalate in the region, Canada has announced that it will be imposing economic sanctions against Russia in the midst of its conflict with Ukraine.

Prime Minister Justin Trudeau addressed the situation, and Foreign Affairs Minister Mélanie Joly issued a statement about the ongoing dispute. Trudeau suggested that further actions could be taken, calling this announcement the “first round” of sanctions.

“This constitutes a clear violation of the Minsk agreements, the UN Charter, and a serious threat to the security and stability of the region.”

See below my statement on the situation in Ukraine. pic.twitter.com/BapRl85PtH

The sanctions include a ban on two state-backed Russian banks, preventing any financial dealings with them. Trudeau spoke about the situation between Russia and the Ukraine earlier today.

“Canada also denounces Russian military actions, including orders to move into Ukraine which is a clear incursion of Ukraine’s sovereignty, and territorial integrity,” he said. “It is completely unacceptable.”

“Russia’s brazen provocations are a threat to security and peace in the world,” Trudeau added.

The move follows a similar action from the USA, with US President Joe Biden also announcing that the country would impose sanctions against Russia. Trudeau said that he’s been in contact with other world allies, including the Ukraine president and Biden.

“It is not too late for Russia to seek a diplomatic resolution.”

Canada will be sending 460 troops to Latvia as part of Operation Reassurance to “reinforce our commitment to NATO,” according to Trudeau.