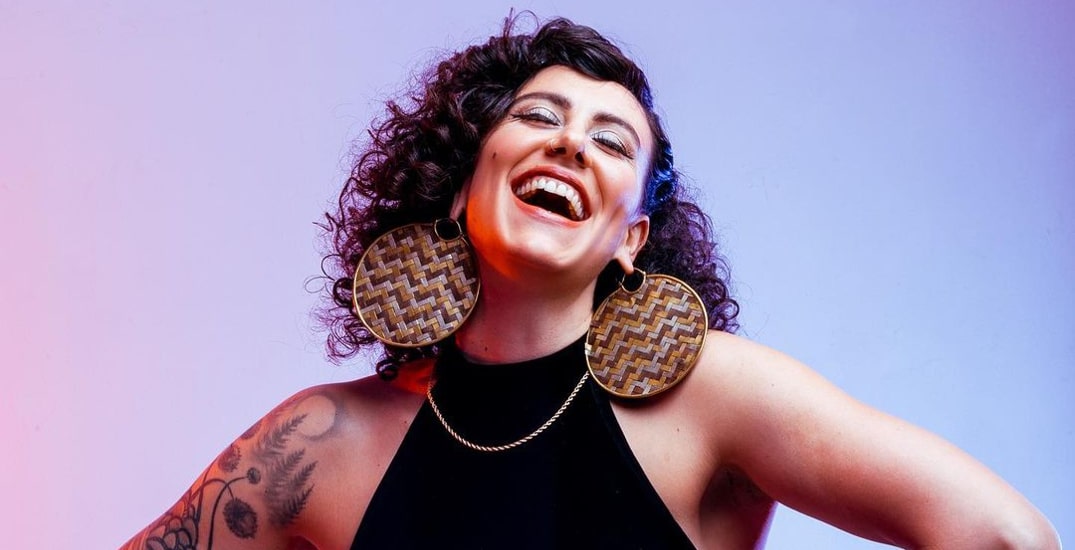 Pride season is in full swing, and Vancouver Pride Society (VPS) has a huge lineup of programming prepared for its 2021 VanPrideFest.

Beginning on July 3, running until August 3, the celebration will include over 60 events, including in-person and virtual experiences. Highlights include the 43rd anniversary of The Vancouver Pride Parade (this year will be a decentralized edition), the Pride Art Walk, and there are three Pride Lounges to choose from.

The COVID-safe, pop-up Pride Lounges are taking place across from Jim Deva Plaza, Stanley Park Brewpub, and šxʷƛ̓ənəq Xwtl’e7énḵ Square at the Vancouver Art Gallery. Groups of up to six people can book two-hour time slots to enjoy drinks, lounge-style entertainment, and drag performers. Tickets are required for this 19+ event.

To get you pumped for the performances, here are 5 amazing music acts to catch at the 2021 Pride Lounges.

Matthew Presidente is a Queer-themed rock-pop pianist and singer-songwriter who has been a part of Vancouver’s music scene for 20 years. Presidente has independently recorded and released six full-length albums, performed on the Vancouver Pride Main Stage for 12 years running. They were also a featured performer at the International Outgames at the Plaza of Nations in 2011. During the COVID-19 pandemic, Presidente created and launched the YouTube series, “World is Watching,” which showcased a rotating roster of LGBTQ2+ musicians and allies, world musical collaborations, signature originals and songs of hope. His latest release, “Standing in the way of Love,” was number one on Qreviews chart for over four weeks.

DJ Krista Mac is a queer, feminist performer with a strong love for tropical and deep house. They have opened for artists such as The Funk Hunters, 2018 Eurovision winner Netta, Whitney Day, and TT The Artist. Krista keeps the party going at local queer events around Vancouver. Their semi-annual party for women-identified and non-binary folks held at top nightclubs around the city.

Gisun 지선 is a multicultural artist who studied vocal jazz performance at the New School and the global entertainment business at Berklee. She explores themes of identity, heritage and belonging through her performances, with songwriting in both English and Spanish revolving around Latin and soul-inspired music. Gisun and has released three EPs titled Suspiras, Partes, and Fin since 2017. Her latest single release, Gracias a la Vida, has been featured on numerous CBC Music programs and The Strombo Show. She has performed at various events, including the Pan American Games in Toronto, Carnaval del Sol, and East Side Pride Festival.

The della kit is a vocal artist, producer, facilitator, event curator, DJ and performer. The Vancouver-based creative shares stories of self-love and healing through her music, which honours elements and influences of soul, hip-hop and R&B! The della kit has performed all over the world and has supported and toured with artists like Lil Kim, Mos Def, Quest Love, A Tribe Called Red and Bad Bad Not Good. Catch her live performances to enjoy her blend of lush melodies and sensuous lyrics.

Tissa Rahim is an established West Coast musician who has performed at House of Blues in New Orleans, the Gramercy Theatre in New York, and Guilt and Co. in Vancouver. The Persian Powerhouse was named one of 24 Magazine’s “Top 24 under 24” and is renowned for infusing her soul and RnB sound with traditional Persian music her family has made for generations. Rahim’s current release, the Missing Love EP, was funded by Creative BC and the City of Vancouver.

Vancouver Pride has also released additional tickets for their events. For more information and to purchase your tickets, visit their website online.

Daily Hive is a proud partner of Vancouver Pride Society