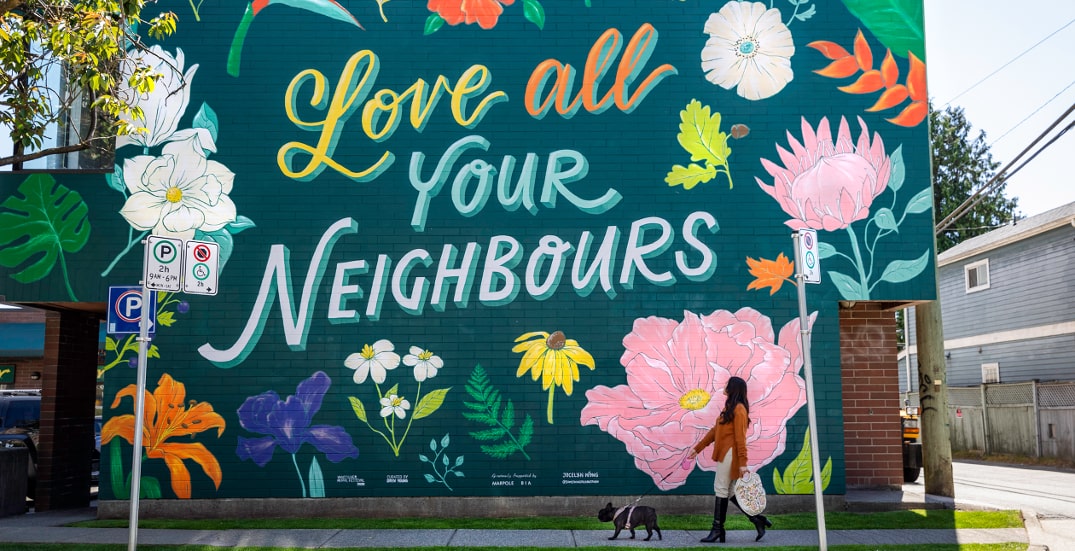 The city’s largest public art festival, the Vancouver Mural Fest (VMF), is back in a big way for its sixth consecutive year, with over 100 massive artworks and live events to enjoy this summer.

From August 4 to 22, over 60 new murals will be painted and unveiled in 11 different neighbourhoods. VMF will also host daily mural tours, in-person and online public talks, and over 40 live performances at an open-air, pop-up patio in the festival’s original home of Mount Pleasant.

“This year we have tons of new team, new neighbourhoods, and a fresh crop of talented artists — I’m over the moon,” said  Andrea Curtis, Executive Director of VMF in an interview with Daily Hive.

“We identified early on that part of VMF status quo is constant change, learning, and evolution.

“Seeing what this team pulls off every year is always enough to make my head spin. What’s even more exciting is the neighbourhood and community response to the new public artworks.”

“We’re big fans of continuing to work together and build relationships with existing neighbourhoods while making room to bring on new partners,” said Curtis.

“It speaks volumes to the work of the artists and the response of our communities that new neighbourhoods are keen to join each year.

“Murals in back alleys make them feel safer. Favourite murals on buildings encourage architects and developers to adjust their building plans. Artwork as a backdrop on our favourite patios, routes to work, and views from home or office windows colour our lives and tell our stories. Public art investment during the pandemic has been extra beneficial since our open-air urban spaces have become our default areas where we’re able to safely spend time together. Bringing joy to these areas has been an honour and privilege during these times.”

After exploring the new murals around the city, check out the VMF Pop-Up Patio presented by Granville Island Brewing. The licensed, outdoor venue features over 40 live shows over three weeks, plus weekend Brunch Club events.

The lineup includes live music, drag, burlesque, graffiti jams and more, with a focus on spotlighting emerging local artists from underrepresented communities. VMF Pop-Up Patio presented by Granville Island Brewing is produced in partnership with guest curators and collectives. Details on the performances and tickets will be announced on July 7.

VMF’s core value is to showcase and collaborate with underrepresented and marginalized groups, including BIPOC, LGBTQIA2S+ and youth. This is highlighted in this year’s featured Community Projects which include BSRP, Punjabi Market: Murals In The Market and Blanketing The City IV: Cathedral Square. 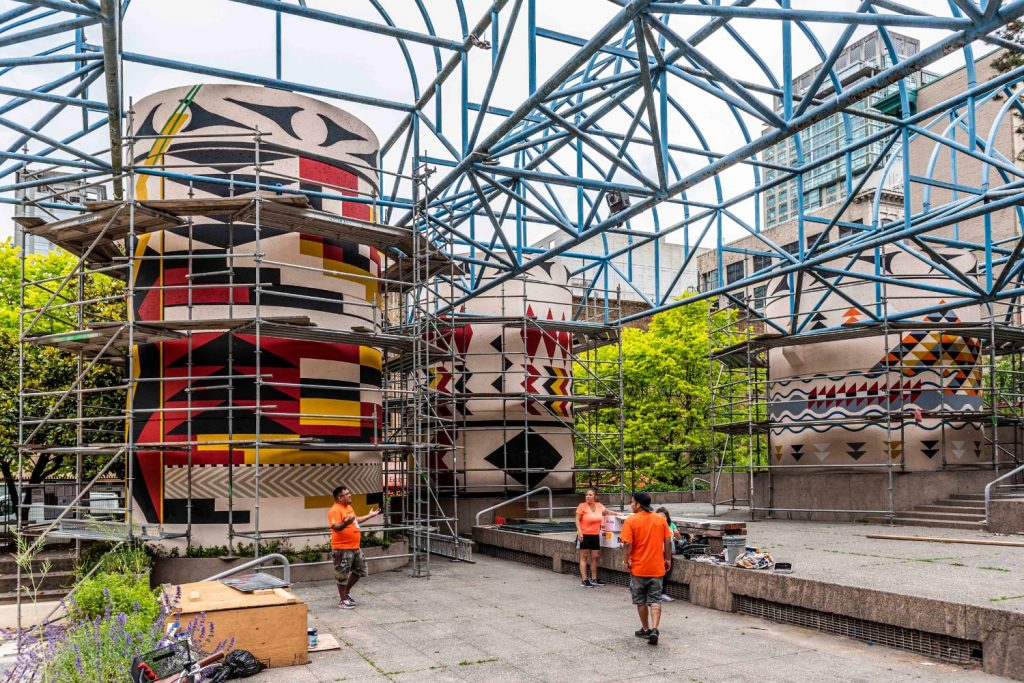 “Blanketing The City is an honour for our people here,” said Sparrow. “It is a reflection of how we identify ourselves and how important blankets are in Musqueam culture and every aspect of our life and history. It’s about our values, it’s about how we stand.”

According to VMF, Blanketing the City IV: Cathedral Square is the first large-scale semi-permanent public art collaboration between weavers from the three local nations – xʷməθkʷəy̓əm (Musqueam), Sḵwx̱wú7mesh (Squamish) and səl’ilwətaɁɬ (Tsleil-Waututh) – in over 200 years. Joining Sparrow in creating the massive artwork are Chief Janice George and Angela George. 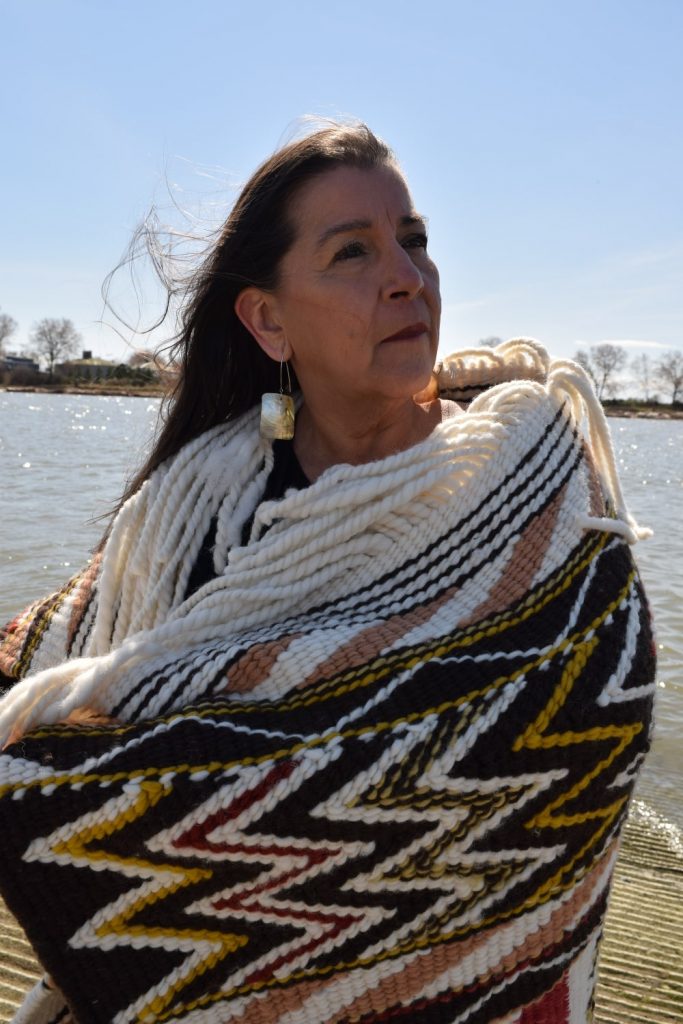 “We have woven our way through the city, starting at Granville Island, heading over to 12th and Kingsway, and then making our way right into the deep part of the city. It is so amazing for us,” explained Sparrow. “Here we are taking threads and actually wrapping them around those cylinders (at Cathedral Square Park) to reflect the shared histories of the Musqueam, Squamish, and Tsleil-Waututh, and that’s really significant for the three of us weavers to come together.

“For everyone seeing it, I hope people get a sense of inclusion and a sense of calmness when we look at Blanketing the City IV: Cathedral Square and all the other murals too. These murals have a sense of inviting you in to have a conversation. We have to have a conversation with each other now, that’s what art does. It brings you back to the important depth of who we are as human beings. It’s a spiritual place and hopefully, that’s where we can go.”