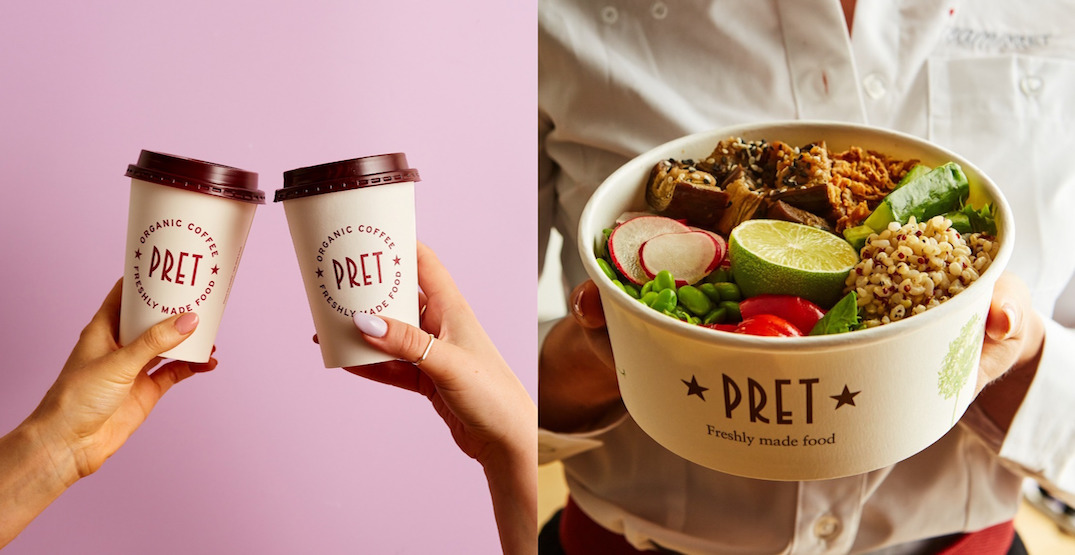 This week, Canadian fast-food chain A&W announced it would be bringing UK-based counter-service chain Pret A Manger to Canada.

The two-year agreement will act as a trial run for a potential future Pret A Manger expansion across the country. For now, Pret’s food and coffee will be available within select A&W restaurants, starting with one in Vancouver.

The news is exciting for a lot of folks already familiar with the Pret brand, which operates in the United States, the UK, Hong Kong, France, Dubai, Switzerland, Brussels, Singapore, and Germany.

So why are people excited about Pret A Manger finally coming to Canada?

The brand first opened as a cafe in London in 1986 with the mission to “serve freshly made food and good organic coffee, while also trying to do the right thing,” according to its website.

Any unsold food left at the end of the day is donated to local food “rescue partners,” which is a great step in both minimizing food waste while also helping to serve the communities in which it operates.

What’s great about Pret A Manger isn’t necessarily the food itself – most items are relatively standard cafe fare – but is instead the fact that it’s both quick and convenient while offering a range of options.

Other comparable mega-chains, such as Starbucks, serve similar offerings but with far less variety.

Some of Pret’s classics include a ham and cheese sandwich on a baguette, a balsamic chicken and avocado sandwich, and an egg and bacon brioche. The cafe also offers vegan options, like the curried cauliflower and chickpea grain bowl and a Mediterranean mezze salad bowl.

The menu also includes warmer meals, like a variety of soups and mac and cheese, for those cold winter days when the last thing you want for lunch is a salad.

You can also grab croissants, cookies, brownies, muffins, or other sweet treats for that afternoon sugar crash or to satisfy a stubborn craving.

In addition to downtown cores and busy city streets, Pret A Manger locations can often be found in transit hubs, making it a go-to spot for busy travellers and commuters.

Rather than its incredible food – for the most part, the food is only okay and certainly nothing to write home about – it’s the level of convenience and the huge range of offerings that makes Pret A Manger such a popular spot for so many.

The novelty of a chain from abroad coming to Canada is always bound to stir up some excitement, too.

A&W has yet to announce which Vancouver location will be piloting the Pret trial but did mention that it would be starting this summer.