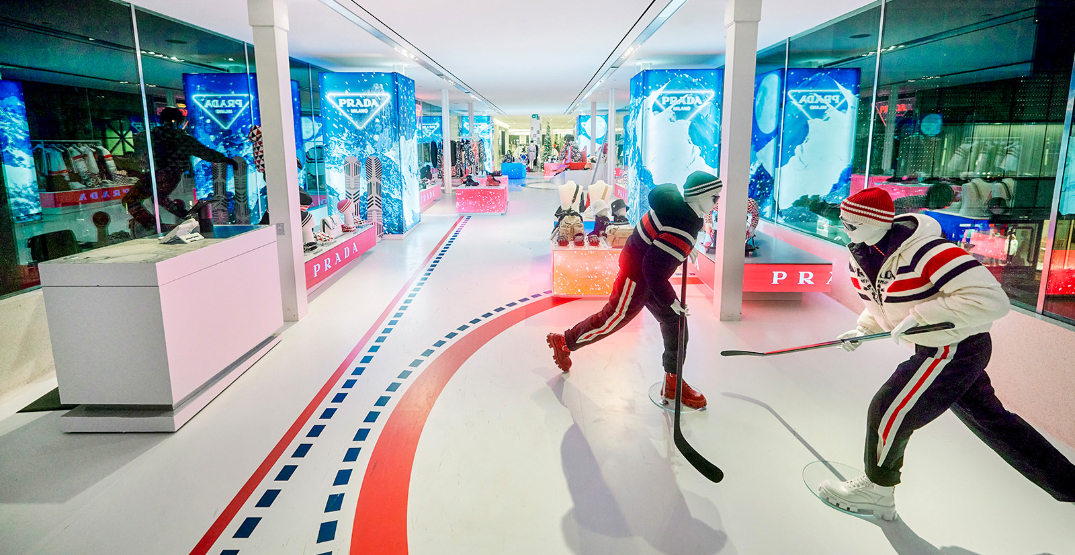 Performance winter gear like snow goggles and puffer coats just got a luxurious upgrade thanks to Prada.

You can glide over to the Prada On Ice Pop-Up in Downtown Vancouver to check out the collection for yourself. It’s set up in the skybridge connecting Vancouver’s Holt Renfrew department store to the rest of the Pacific Centre Mall.

According to Holt Renfrew, the Prada On Ice Collection is inspired by the world of winter sports.

The collection brings a modern and iconically Prada twist to what you’d expect from traditional winter performance gear.

Once you step inside the pop-up, it feels a bit like you’re at Rogers Arena or possibly a local curling rink. 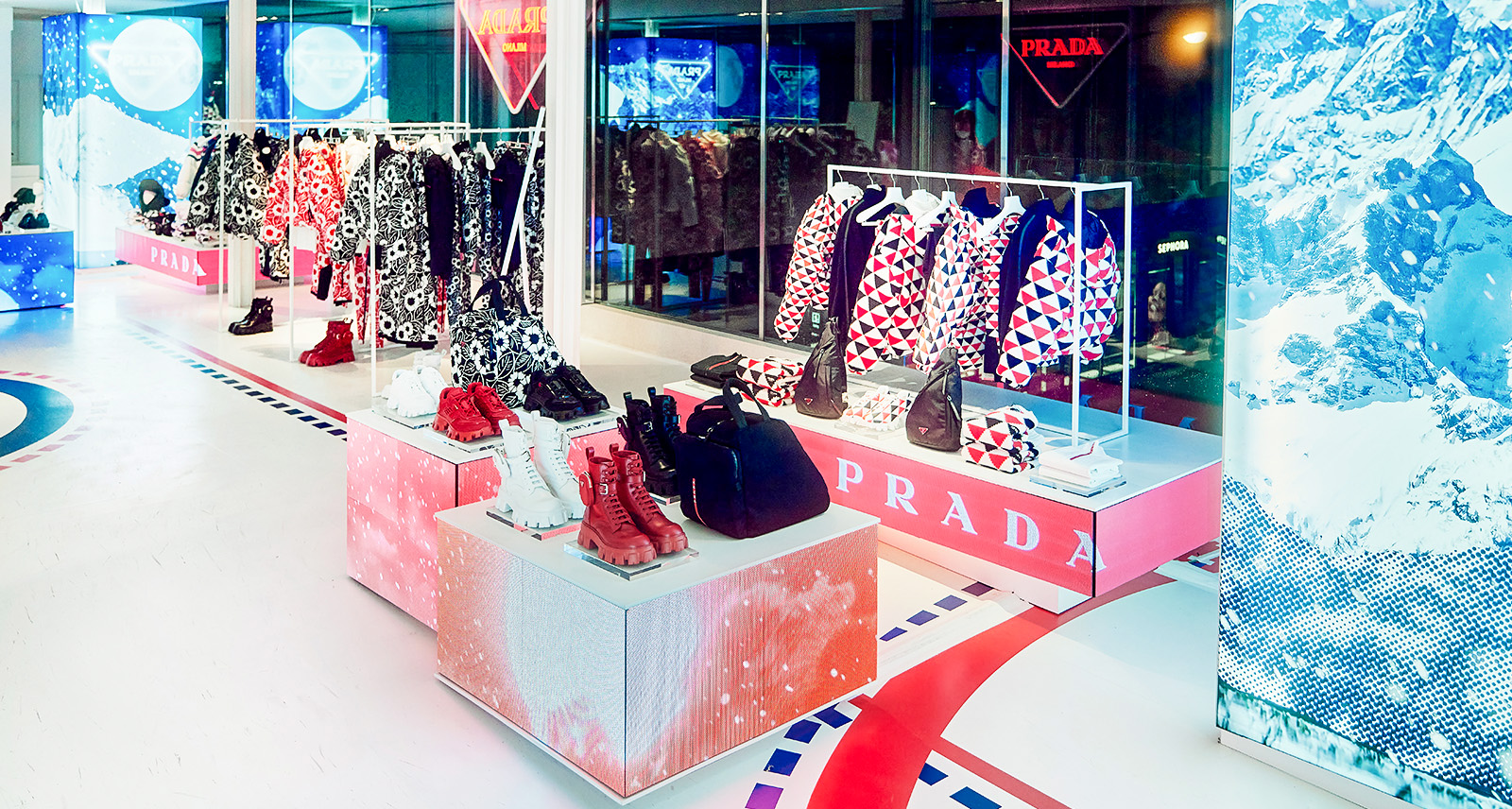 On their website, Prada describes the space as being full of “dynamic red and blue graphics, a clear reference to the lines on ice hockey rinks, dart across snow-white walls, while a red LED strip displays rolling Prada logos like on a scoreboard.” 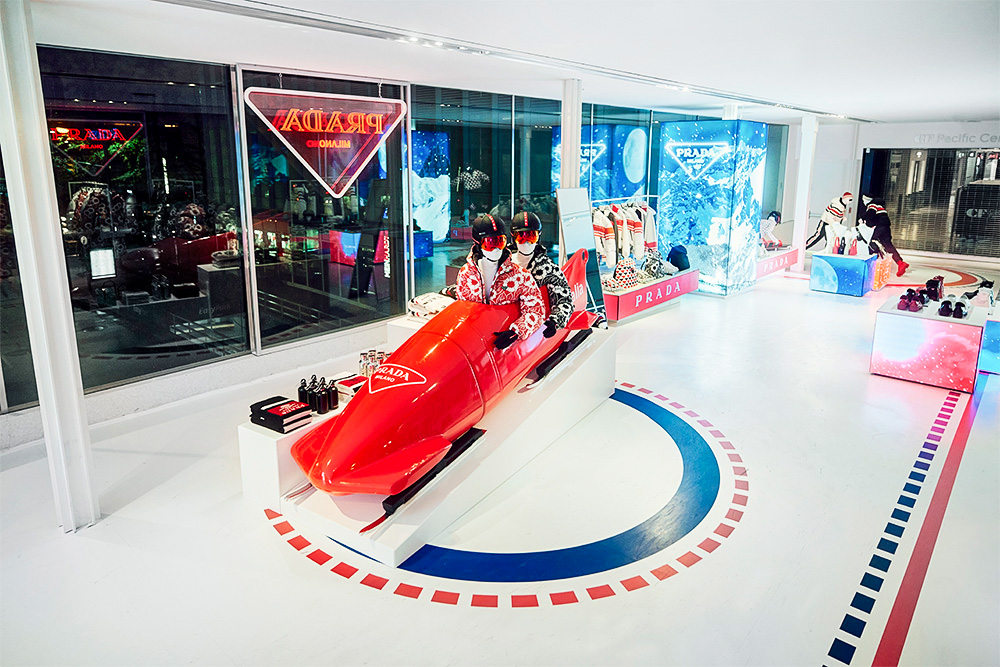 You can check out the look-book online if you’re in the market for a $4,250 down-filled puffer jacket or a$3,700 cashmere zip up sweater.

The brand says the bold collection reimagines athleticwwear and accessories in Prada’s trademark style while “epitomizing a spirit of dynamism and exceptional performance.”

If you want to catch a glimpse of Prada On Ice while you’re holiday shopping, you better make it snappy because it’s slated to be set up at Holt Renfrew until November 21. 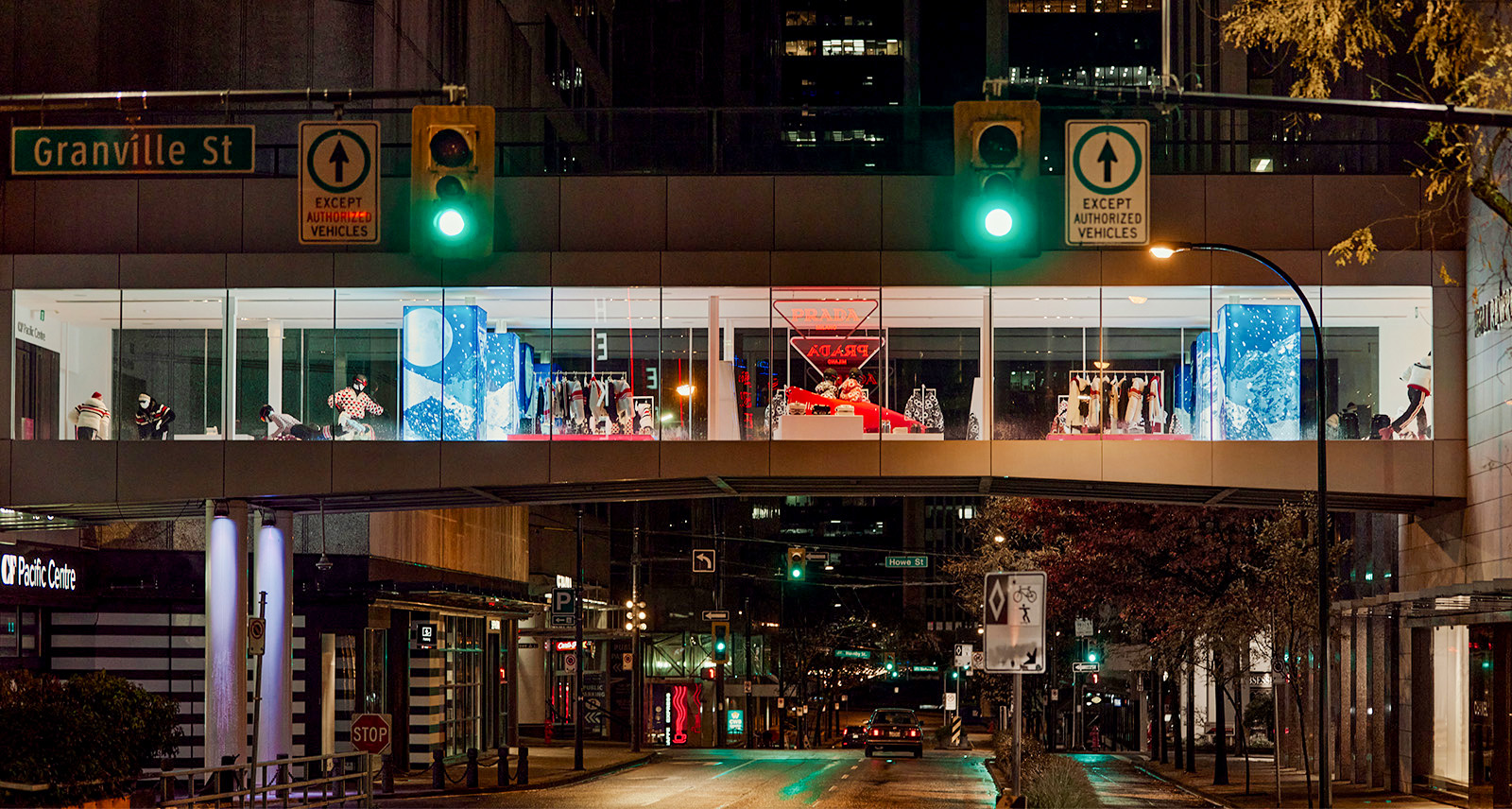