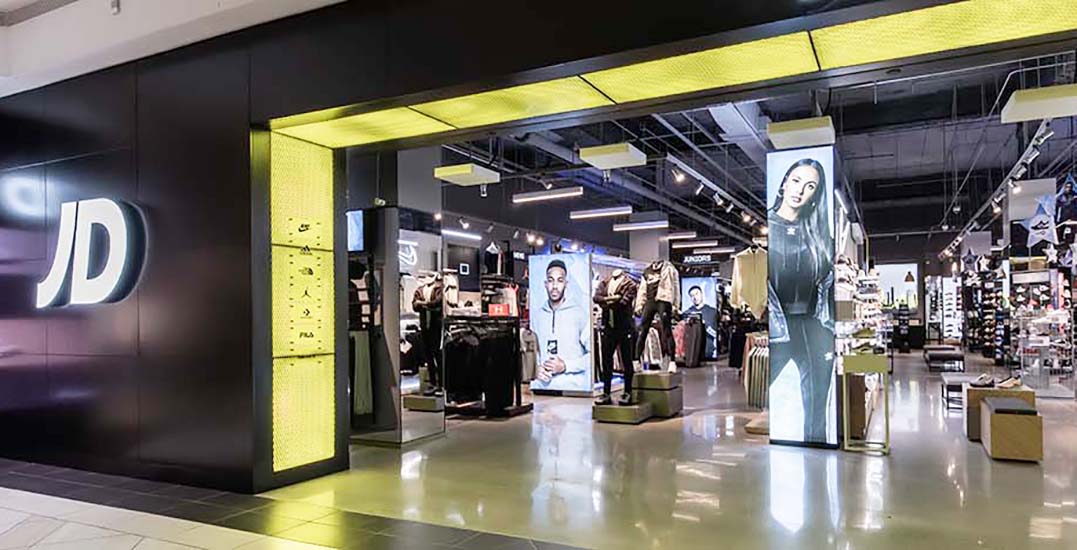 The storefront of a JD Sports location (JD Sports).

UK-based sportswear and sneaker retailer JD Sports will be opening a storefront location in Metro Vancouver.

The company is a subsidiary of the JD Group umbrella, which owns a number of other prominent sports fashion and footwear retailers such as size?, Foot Patrol, Finish Line, Shoe Palace, DTLR, and Livestock.

JD Sports’ latest store will be located in Surrey’s Guildford Town Centre and will be amongst the first wave of stores to open in Canada, along with a storefront in Toronto’s CF Fairview Mall.

Shoppers can expect to find footwear and clothing from brands such as Nike, Jordan, Adidas, Calvin Klein, Reebok, and Puma among others.

While an official date has yet to be announced, the opening is slated for sometime this fall. We’ll keep you posted as more details are made available.