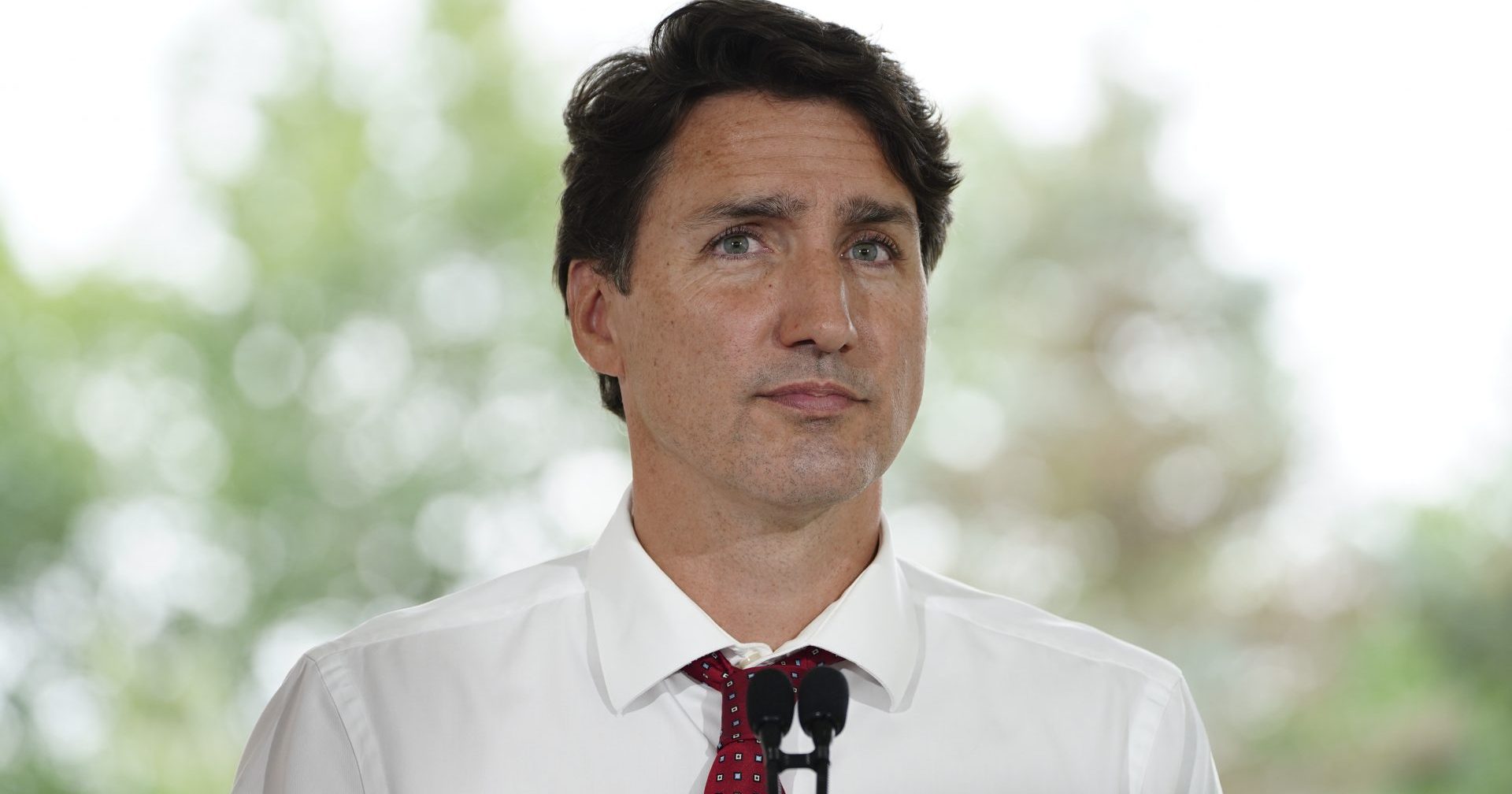 The People’s Party of Canada says it has removed its president of the Elgin-Middlesex-London riding association after a handful of gravel was thrown at Liberal Leader Justin Trudeau during a campaign stop in London, Ont., earlier this week.

PPC spokesman Martin Masse said the party removed Shane Marshall from the post on Tuesday after it viewed clips of the small stones thrown at Trudeau posted to social media.

Masse said the party hasn’t looked into the allegations themselves and is leaving it up to police to investigate. He didn’t respond when asked whether PPC Leader Maxime Bernier had a comment on the matter.

The Canadian Press has been unable to reach Marshall for comment and sent messages to a phone number and email associated with a social media account linked to him, as well as with local PPC candidate Chelsea Hiller.

The riding association said it was not in touch with Marshall and would not be reaching out.

Police in London, Ont., are investigating what happened at Monday’s campaign stop. Asked whether Marshall is a suspect or whether any charges have been laid in the case, a police spokesman said there is nothing to add at this time but an update will be provided when there is one.

Trudeau has said he wasn’t hurt in the incident, but felt the gravel hit him as he was boarding the campaign bus.

Other federal party leaders condemned the stone-throwing and have made previous statements against the actions of foul-mouthed protesters who have followed Trudeau throughout the campaign, stopping one event from happening due to security concerns.

Trudeau has referred to the crowds following him as “anti-vaxxer mobs” and has spent the past four weeks of the race to the Sept. 20 vote campaigning on a pledge to mandate shots for federal workers and passengers looking to board a plane, train or cruise ship as the country tries to boost its COVID-19 vaccinations rates in the midst of a fourth wave of the virus.

Those attending the protests have hurled obscenities at Trudeau and railed against mandatory vaccine policies and other measures that reduce the transmission risk of the virus, like wearing masks.

Despite being tracked by protesters as he criss-crosses the country, Trudeau has said he won’t back down from holding events, and said the Liberal volunteers and supporters who continue to show up to his announcements and rallies are demonstrating courage in the
face of the protests.

Nonetheless, there have been questions raised about campaign safety this election as other federal candidates from other parties have too reported being harassed or having their volunteers mistreated on the trail.

Conservative Leader Erin O’Toole recently dismissed several campaign volunteers after they were seen in the crowd of protesters responsible for seeing the Trudeau rally in Bolton, Ont., cancelled.

Trudeau most recently talked about the polarization felt in the country following the French-language leaders’ debate Wednesday evening while fielding a phone question from the far-right website Rebel News.

He blamed the site for spreading misinformation about vaccines and said it’s “part of why we’re seeing such unfortunate anger and lack of understanding of basic science.”