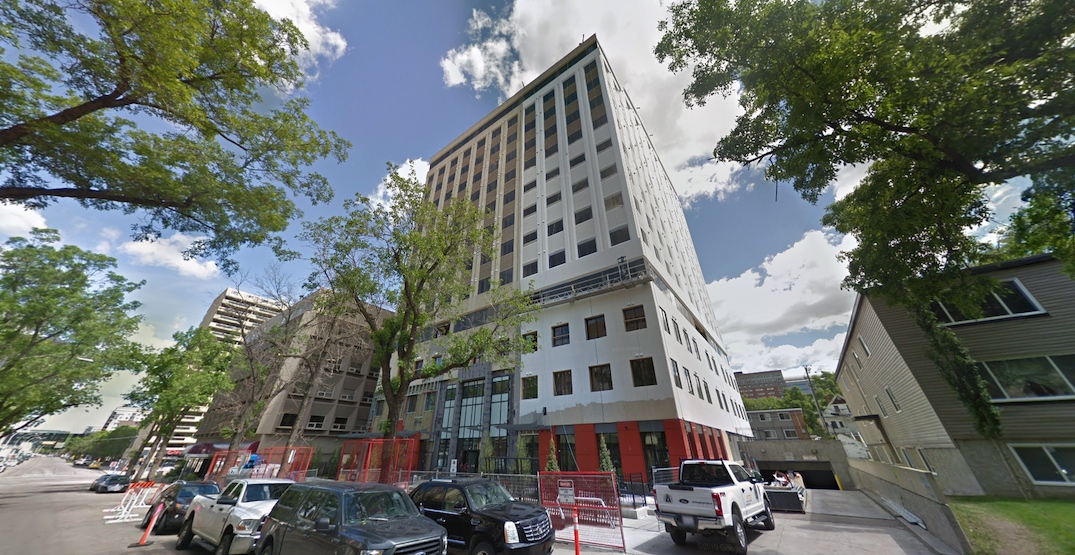 2019 construction on the conversion of the office building at 11045 111 Street NW in downtown Edmonton into the e11even rental housing building. (Google Maps)

While the federal Liberal Party is proposing a suite of interventionist policies to curb the segment of housing demand generated by foreign buyers and speculative activity, their campaign platform also builds on new policies to add supply.

Justin Trudeau’s party is calling for federal financial support for municipal governments to overhaul their processes for reviewing development applications for housing, such as funding for new additional planners.

“Cities and communities that build more homes, faster, will be rewarded through this fund. We will also help speed up the time it takes to build more homes by investing in e-permitting technology and help communities streamline the planning process,” reads the platform.

Under this program, collaborating with municipal governments, a re-elected federal government led by the Liberals would also identify vacant or underused property that should be converted to housing, on the basis of a “use it or lose it” principle that “core urban land should be available for new housing, not left vacant as an unproductive investment property.” Municipal governments could be supported by federal funding to acquire these sites for affordable housing projects.

The party’s platform also proposes to take advantage of the softened demand for commercial space, specifically retail and office space in major urban cores, where there are higher vacancies. It assumes prolonged changes in office demand from a certain degree of permanency for semi-remote work after the pandemic.

The Liberals are calling for $600 million to support the conversion of empty office and retail spaces into market-based housing.

“This is an opportunity for property owners and communities to explore converting excess space into rental housing, enhancing the livability and affordability of urban communities,” reads the platform. “We’ll convert space in the federal portfolio, but commercial buildings as well.”

The Conservative Party’s platform also includes conversions as one of its potential housing affordability approaches, but it comes short of promising funding.

But office-to-housing conversions are unlikely to benefit Canada’s hottest housing markets, Vancouver and Toronto, where office demand is still relatively strong and showing signs of a rebound. Downtown Vancouver, in particular, continues to have the lowest office vacancy rate of any major city centre in North America, with vacancies hovering at 6.6% as of the second quarter of 2021.

However, the City of Calgary is currently engaged in an office-to-housing conversion program of its own to help address its prolonged high office vacancies in its city centre. Office demand in downtown Calgary has been overwhelmingly depressed since the 2014 recession from the collapse of its oil sector, and COVID-19 has greatly exacerbated the effects.

In the second quarter of 2021, downtown Calgary’s office vacancy reached 32.9%, which means roughly 12 million sq ft of office space is not leased and sitting empty. This is by far the lowest downtown office vacancy rate in North America.

With no end in sight to the glut in office space, the municipal government has set aside an initial $45 million for its Downtown Calgary Development Incentive Program, which would provide property owners and developers with subsidized funding for office-to-housing conversion projects. With intake running from August 16 to September 15 of this year, the application-based program provides up to $10 million per property unless Calgary City Council approves a greater amount.

There have already been a number of high-profile conversions over the few years, such as the 2019 transformation of the seven-storey building at 1177 11th Avenue SW from 60,000 sq ft of office space into 65 market rental homes. The construction cost of the building’s conversion was $25 million.

The municipal government is also contemplating providing $7.5 million in funding for the delayed retrofit project to convert the 1950s, 11-storey Barron office building at 610 8 Ave SW into 94 market rental homes.

The last major office-to-housing conversion in downtown Vancouver was conducted to the former headquarters office of Westcoast Transmission at 1333 West Georgia Street, now known as The Qube. Built in 1969, the 15-storey building is known for its visually striking earthquake-resilient design. It was converted into condominiums in 2005 when the city center was facing relatively high office vacancies.