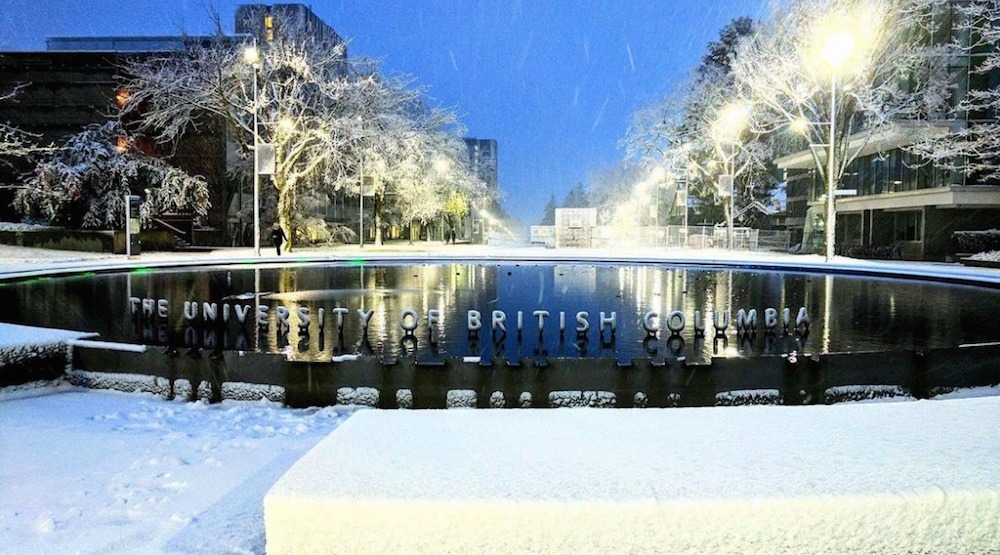 Although there is still ample snow on the ground from the snowfalls earlier this week, the Burnaby Mountain campus of Simon Fraser University is open and so are its satellite campuses in downtown Vancouver and Surrey.

Extra volumes are being reported on the bus routes leading up to Burnaby Mountain, particularly the 145 departing from Production Way-University Station, but they are operating normally for now.

Can you believe there are steps under all that snow? Looks more like a toboggan run! pic.twitter.com/CHfCYJfliy

The University of British Columbia is open today, but classes were affected on Monday when buses had trouble getting to campus.

The BCIT campuses across the region are currently not affected by today’s weather forecast.

Even horrible buildings can be pretty too. #bcit #stupidsexyne1 #slush

Good luck on your exams, everyone! As you are likely aware, the forecast is calling for snow over the next few days. We are expecting that exams and classes will proceed as scheduled. However, in the event that the campus must close, the College will take steps to ensure that all exams are rescheduled during the exam period. Please be advised that depending upon the day(s) and length of the disruption, the rescheduling of exams may need to take place on Sunday, December 11th and/or Saturday, December 17th. Efforts will be made to avoid exam conflicts when rescheduled. Students who have exam conflicts should contact their instructor as per our Final Exam policy. We will post any updates on our website at langara.ca. Thank you! #thisislangara

While public elementary and high schools are open, many private schools have decided to shutter their doors for the day as a precaution.

Conditions could change later in the day: Environment Canada expects snowfall to intensify as the morning progresses, and by Saturday some parts of Metro Vancouver could see up to 25 cm of new snow. Lower elevation areas near sea level are expected to see between 5 and 10 cm.