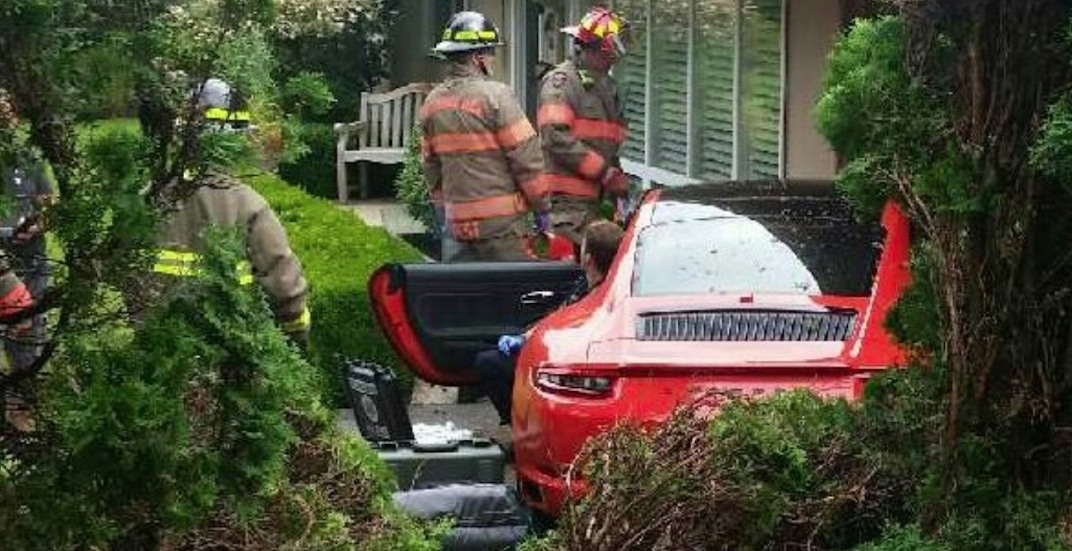 It will likely be a very expensive fix for this luxury sports car that crashed through a hedge in West Vancouver.

The incident occurred Wednesday afternoon when the driver was taking the red-coloured Porsche up a driveway in the 800 block of Burley Drive, according to West Vancouver Police.

Officials say the cause of the crash was an “apparent accidental acceleration.”

Firefighters were also called to the scene. Fortunately, there were no injuries – apart from the hedge and the car.

A photo posted online by police shows damage sustained to the front of the car, which appears to have ‘tapped’ the corner of the house on the property after running through the hedge. 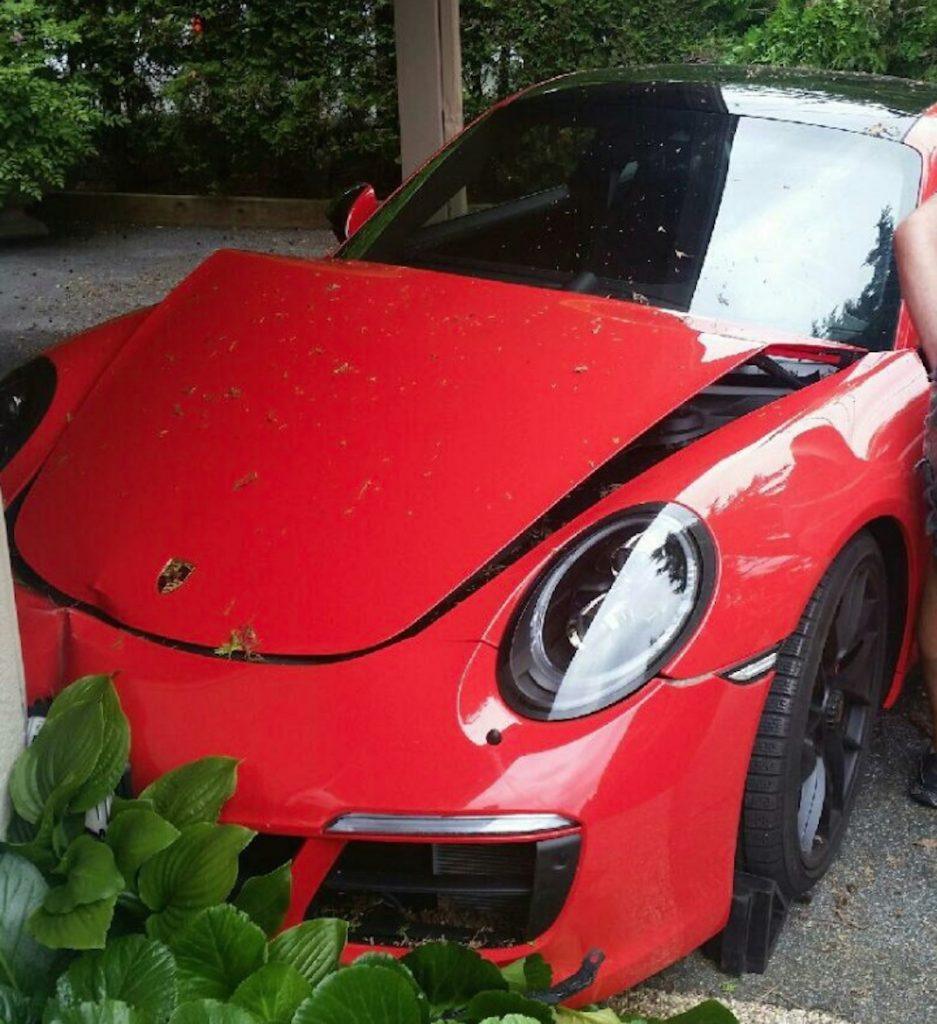