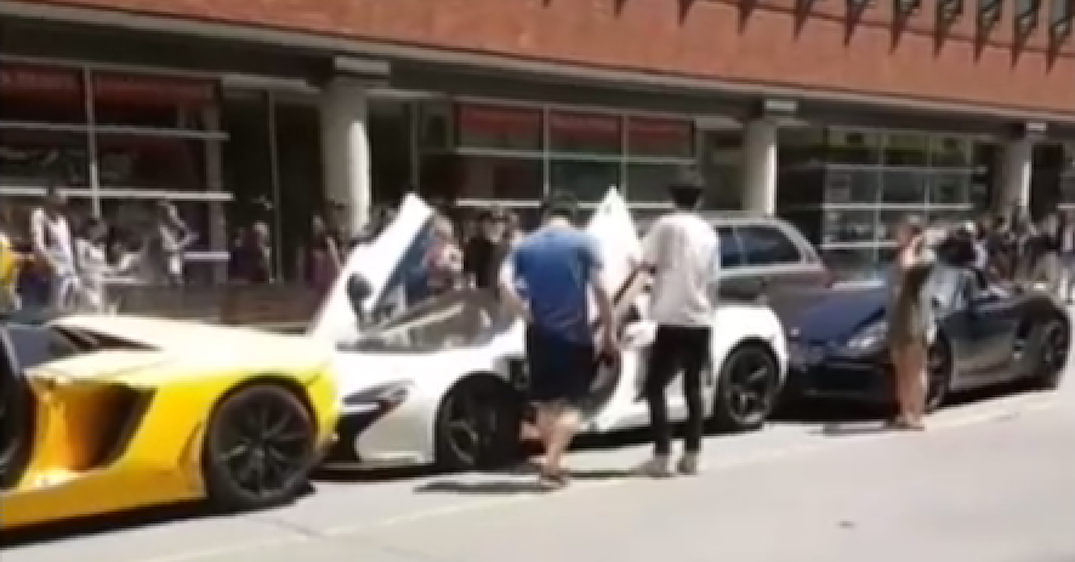 It’s not a crash site witnessed by many in Toronto every day.

On Tuesday, a video surfaced of three expensive cars that somehow crashed into each other.

A Porsche, Lamborghini, and McLaren were bumper to bumper on Yonge Street, just north of Bloor near the Toronto Reference Library.

Alex Moseychuk was in the area and captured a video of the crash, and his reaction is pretty much what you’ll be thinking too. Moseychuk shared the video to “#TorontoCarSpotting” group on Facebook, but it’s since made the rounds on social media.

Check out the scene of the (very expensive) crash below.

🤦‍♂️ A Lamborghini, a McLaren, and a Porsche go for a ride on Yonge St… 🏎 #Toronto pic.twitter.com/54YbB61x1x