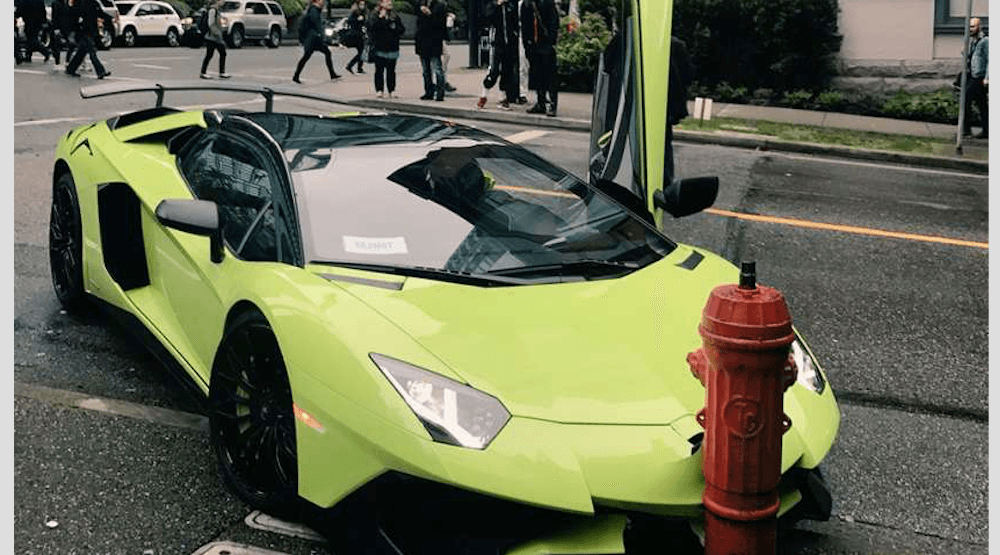 A Lamborghini driver crashed their car into a fire hydrant in downtown Vancouver on Tuesday.

JUST IN: Fresh from the lot today and into a fire hydrant at Bute & Georgia! cc: @NEWS1130Traffic @AM730Traffic @VancityBuzz #lambo #vancity pic.twitter.com/2882YUo6mc

The incident reportedly took place at West Georgia and Bute Street. Dealer plates could be seen on the car’s dashboard.

As of Wednesday afternoon, Vancouver Police had no further information to offer on what had caused the crash, or what condition the driver was in, as a result of the incident.