British Columbia’s anti-gang police unit issued a safety warning this week cautioning members of the public from associating with 11 men who are allegedly tied to gang activity.

The Combined Forces Special Enforcement Unit shared names and photos of the 11 men in question, saying they’re known to police and are apparently connected to “high levels of gang and organized crime-related violence.”

One of the men on the list, 35-year-old Gurpreet Dhaliwal, is brothers with two men who were gunned down in recent public murders. Dhaliwal’s brother Meninder Dhaliwal was killed in Whistler last week, and his other brother Harb Dhaliwal was shot and killed in Vancouver’s Coal Harbour neighbourhood in April 2021.

Police are concerned that Dhaliwal, along with others on the list, could become future targets of gang violence, in light of recent murders and attempted murders stemming from gang conflict.

“Police are expecting the violence to continue in the coming weeks and months as these individuals continue to involve themselves in illicit activities dangerous to themselves and the public,” the anti-gang unit said.

The individuals mentioned may be targets for future violence, and people who spend time with them may be at risk as well.

Here are the names of the individuals in question: 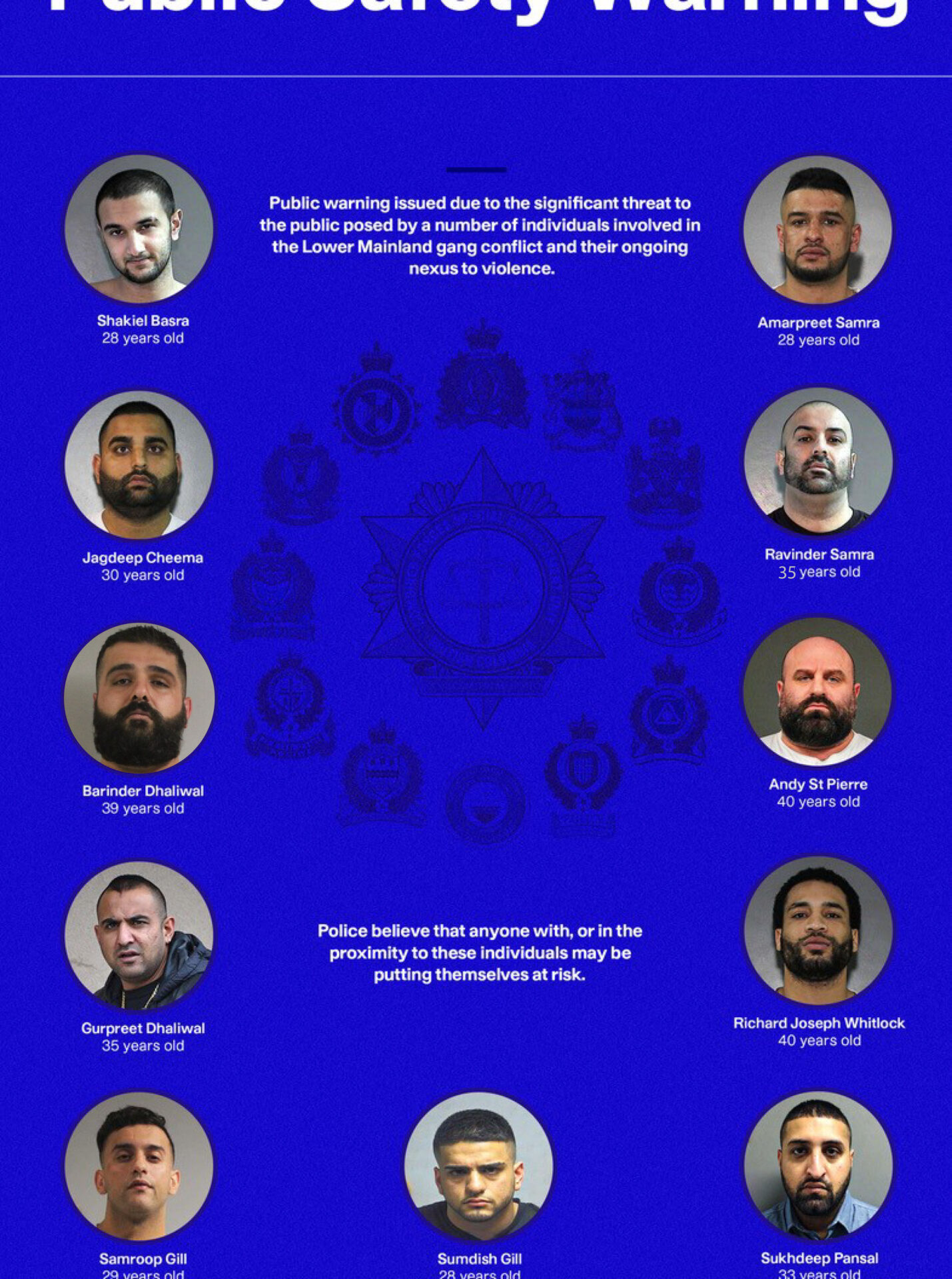 Police believe anyone in proximity to the men may be “putting themselves at risk.”

“[We are] issuing a public warning and identifying them in order for family, friends, associates, and the public to take measures to increase their own personal safety,” the anti-gang unit said.