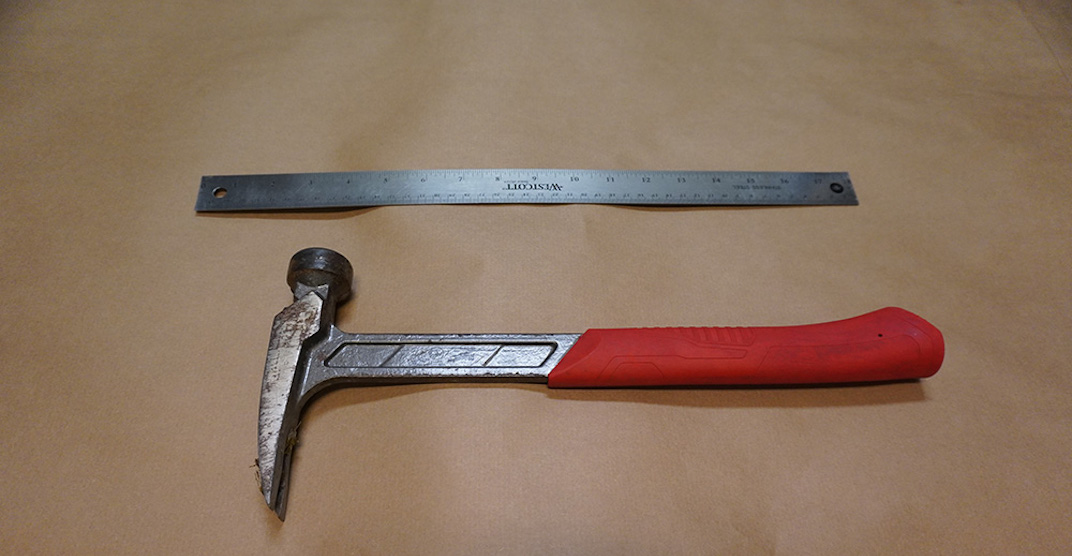 Coquitlam RCMP are seeking witnesses and video footage of an altercation that occurred during an early morning arrest Wednesday.

Police are asking witnesses of an “intense” arrest that happened around 12:32 am, July 8, 2020, to share any video footage with police, so that it can be part of a “complete and impartial investigation.”

When you take video you’re still the ‘owner’ and you can do what you wish with the copies, says Corporal Michael McLaughlin with Coquitlam RCMP in a release.

But it’s important that we get the original, unaltered video. Collecting the best evidence is always our priority, but it’s extra-important right now because police are being questioned more than ever about our use of force.

According to a release from RCMP, police arrived this morning at a home in the 1100 block of Inlet Street, Coquitlam, to speak to the registered owner of a badly-damaged grey Mazda 3, after several concerned neighbours had reported that the car had driven through a yard and hit parked cars.

“When police announced themselves at the home, a 31-year-old Coquitlam man came out holding blunt objects including a large hammer,” said the release.

“The man immediately challenged police, and a Conducted Energy Weapon (CEW) was used but it was only partially effective. In the ensuing altercation, the man allegedly threw the hammer and struck a police officer. ”

Police say the officer was taken to hospital for minor injuries and is expected to make a full recovery.

“The suspect was not seriously hurt,” says the release.

According to RCMP, police have spoken to a number of witnesses, but have not yet spoken to two people who were driving by and may have taken cell phone video.

If you have any evidence that showed the events leading up to this arrest, or any other use-of-force case that you think is important, please call the Coquitlam RCMP non-emergency number at 604-945-1550.