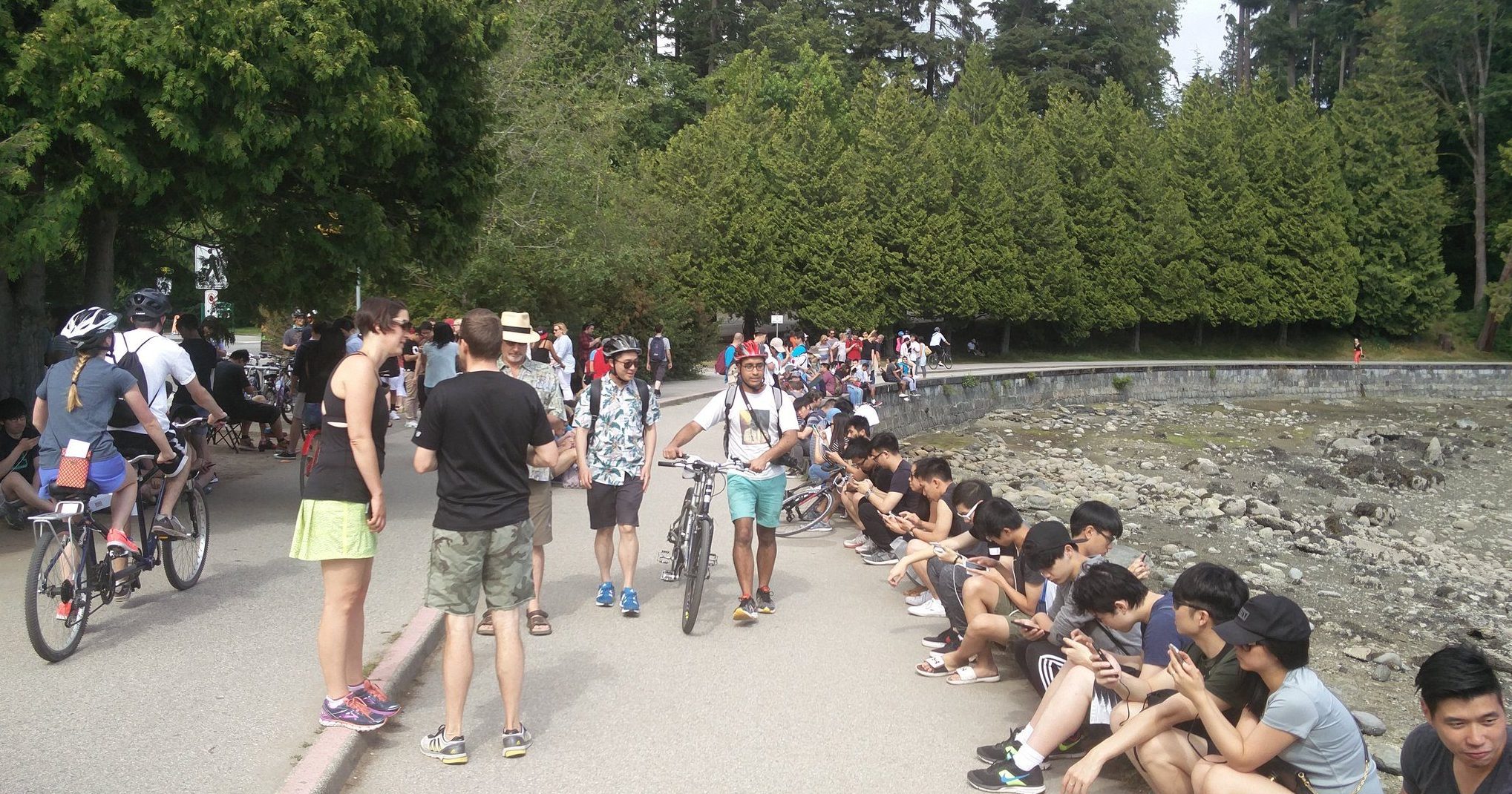 It seems a little thing like a cancellation won’t stop Pokémon GO players from trying to catch ’em all.

After more than 7,000 people said they would attend a Pokémon GO meet-up in Stanley Park on Saturday, the organizers of the event cancelled it, saying they didn’t expect it to grow as much as it did.

“This was originally intended as a small gathering for friends, but it seems to have exponentially gained traction to encompass everyone across the Lower Mainland,” event organizers wrote on Facebook.

“This is a great sign for future events, but for a crowd this size we would need to obtain special event permits from both the City of Vancouver and Stanley Park, and we were not able to do so given such a short timeframe.”

Still, the promise of three lures was too much for some Pokémon GO players, as huge crowds of people lined up along the seawall with their eyes glued to their phones.

One part of the Pokémon Go “unofficial” Stanley Park meetup at a triple lure. pic.twitter.com/1Ltkgq1ItZ

I went to Stanley Park today for a meetup it was a lots of fun, even though…a bird pooped on me :c (A friend told me it meant good luck, so I’ll take it) #stanleypark #pokemongo #pokemongovancouver

An event that the Vancouver Aquarium held to coincide with the meet-up went on as planned.

With the Pokémon GO craze in full swing in Vancouver, it seems businesses are catching on to the fever and are offering their own meet-ups. Best Buy held a meet-up at the Art Gallery last week, while Enroot Meals held one across the street at Robson Square with the promise of 120 lures.