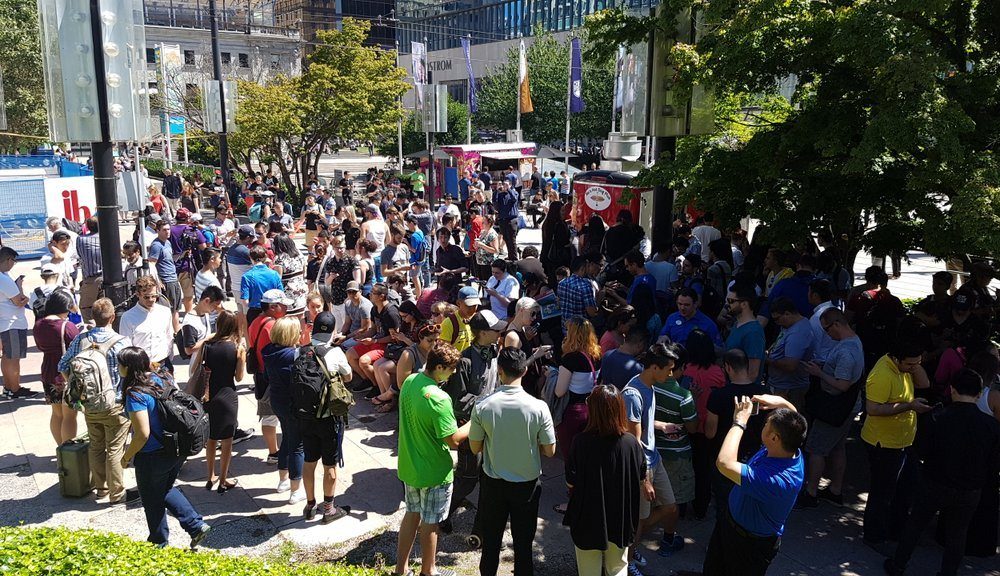 Hundreds of Pokémon GO players took over downtown Vancouver today as part of a meet-up put on by Best Buy.

The event, which promised free WiFi and phone charging alongside gifts and prizes to help feed gamers’ app addiction, quickly attracted a huge crowd that swamped the sidewalks in and around the Vancouver Art Gallery.

Check out the photos below to see the full extent of the madness.

#bestbuypokeparty Here at Vancouver Art Gallery!!! Tons of Poke Trainers here. Thanks for the Lures!