A four-lane replacement Pattullo Bridge, providing the identical lane capacity to the existing bridge, is insufficient for future economic and population growth, according to the Surrey Board of Trade (SBOT).

Earlier this month, SBOT CEO Anita Huberman wrote to BC Minister of Transportation Claire Trevana to reconsider the bridge’s design capacity, specifically requesting that a six-lane crossing be constructed instead.

“The Surrey Board of Trade is continuing their urgent ask to the BC Government to reconsider building a four-lane Pattullo Bridge and build a six-lane bridge to prepare for future population growth,” wrote Huberman.

She reasons that Metro Vancouver’s population is forecast to increase by 1.3 million people by 2050. For the South of Fraser subregion, the share of growth is expected to be 420,000 additional residents and 147,000 new jobs.

“If the bridge is to stand the test of time with minimal costly upgrades, a larger bridge is necessary. Congestion will be reduced with a four-lane bridge, but it will not sustain the transportation needs of a growing, thriving economy,” continued Huberman.

“We must build transportation infrastructure for future population growth. When businesses are not impeded by constant upgrades, repaving, and traffic congestion, they can grow.”

In a letter last week in response, Trevana wrote that the Mayors’ Council recommended a four-lane replacement bridge during early planning work when the project was TransLink’s responsibility. The provincial government took over the project, including funding the cost of construction, to allow TransLink to better focus on its transit expansion initiatives.

Trevana further states the new bridge is designed to allow for a potential future widening to six lanes, adding that the new four-lane design provides a marked improvement over the existing bridge.

It will have wider lanes and a concrete barrier between directions, allowing traffic to flow more safely and quickly. There will also be improved road connections on both the New Westminster and Surrey ends, including new direct ramps to East Columbia Street and a direct ramp to westbound Highway 17, as well as the grade separation of Highway 17 over Old Yale Road.

However, early drawings show a future widening of six lanes will be achieved by not only a cantilevered expansion — placing the pedestrian and cycling pathways on new bridge deck space — but also the narrowing of the lanes.

As well, the chosen road connections for the project on the Surrey end are a considerable downgrade from TransLink’s early concept of an interchange flyover that seamlessly connects the Pattullo Bridge with King George Boulevard, Scott Road, and Highway 17. 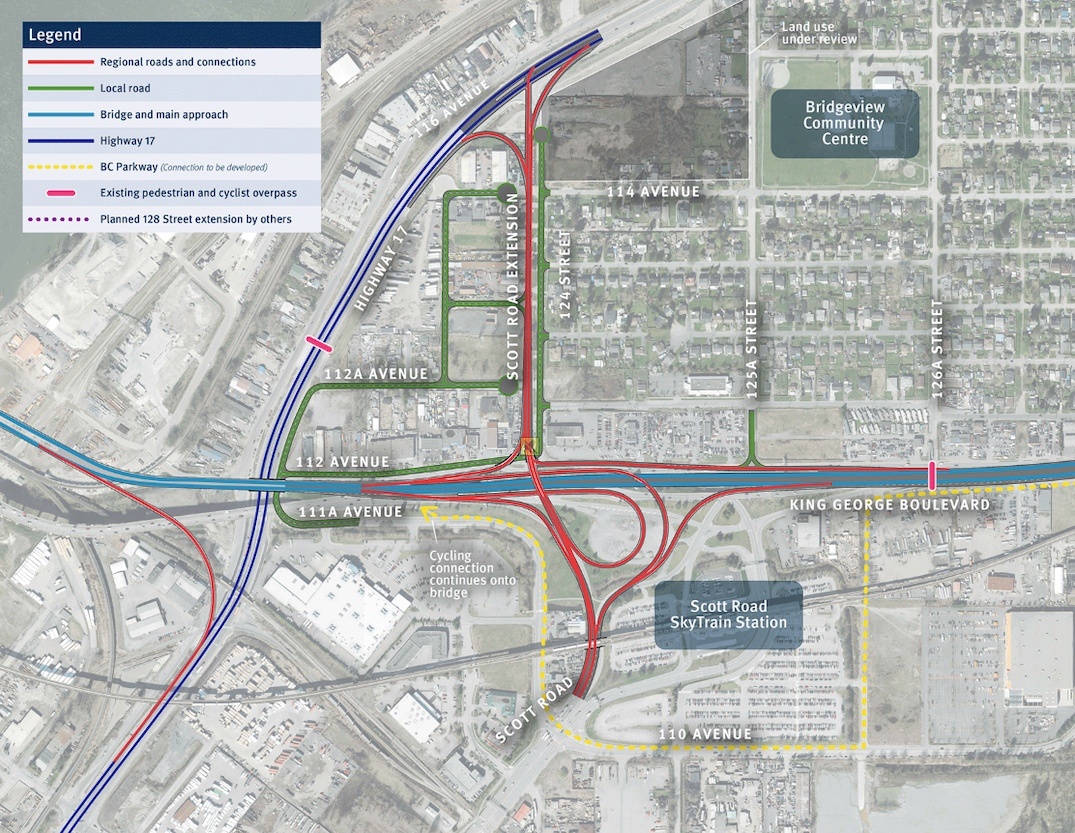 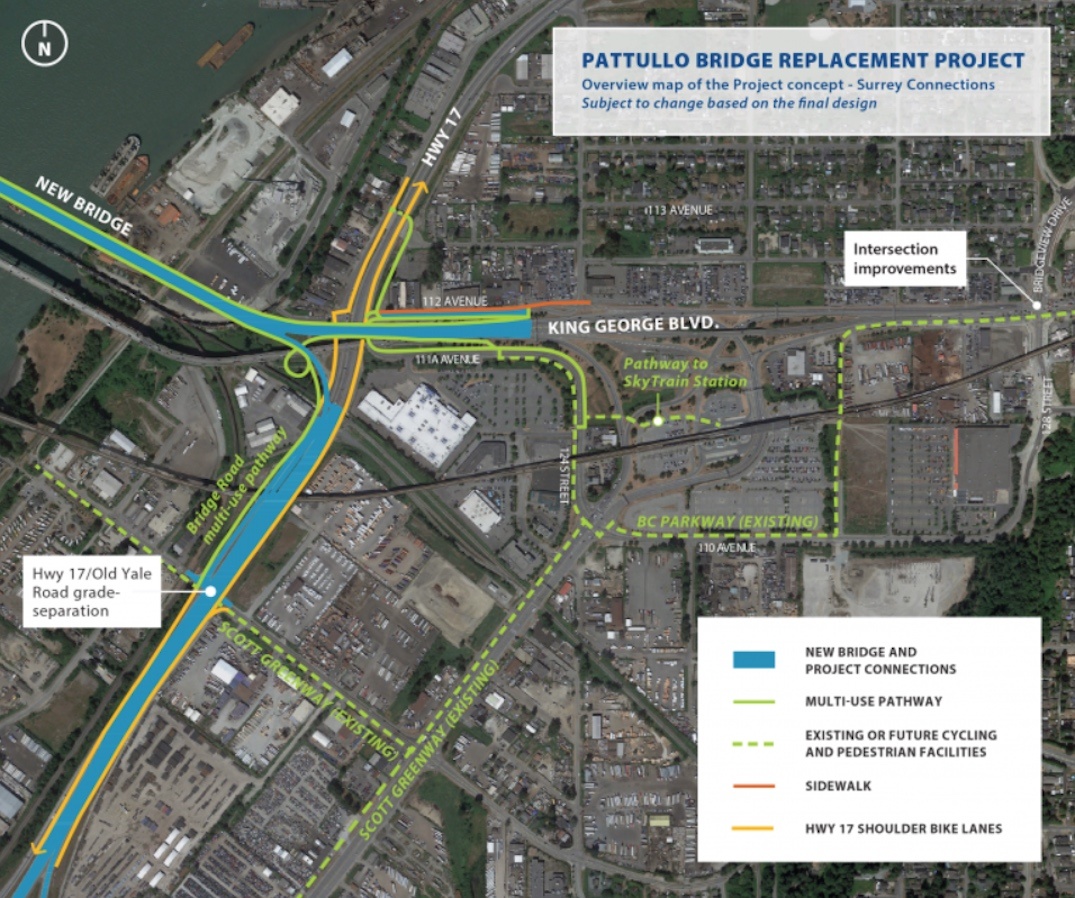 Several weeks ago, the provincial government announced it had selected the joint partnership between Acciona Infrastructure Canada and Aecon Group Inc. to be the main contractors for the construction of the new $1.377-billion bridge and the demolition of the existing 1937-built crossing.

A new replacement for the Patullo Bridge is required as the existing structure is quickly deteriorating, and vulnerable to collapse from a ship strike, a moderately powerful earthquake, and even high winds. The bridge will be closed overnight between January 31 and February 1 to allow for the testing of a new advance seismic and wind warning system.

Over the years, the existing bridge has been a hotspot for accidents as there is no concrete barrier between directions, and the road design does not meet modern roadway guidelines including lane widths and curvature.

With the contractor selected, construction on the new bridge is anticipated to begin this year for an opening in 2023.