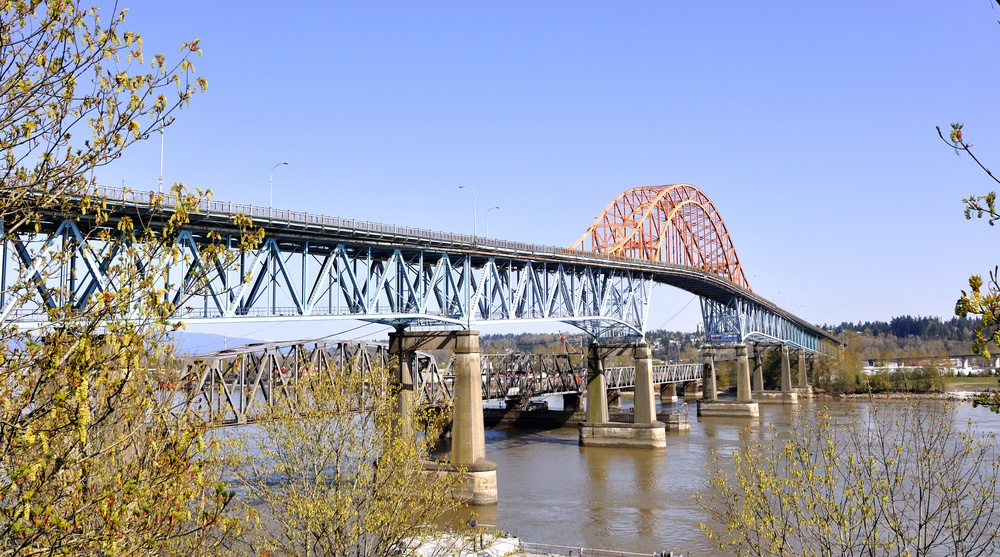 For years, TransLink has known that the Pattullo Bridge linking Surrey with New Westminster could collapse in even a modest seismic event, but now a new report has revealed that the 79-year-old bridge structure could be vulnerable even during a ‘high wind event’.

“The Pattullo Bridge was not designed to meet current wind and seismic loading standards, and as a result, may be vulnerable in terms of withstanding a seismic or high wind event,” reads the report presented to TransLink’s Board of Directors earlier this month.

A number of factors make the Pattullo Bridge an unsafe crossing, weakening steel, crumbling concrete, river wave action eroding the foundations, and piers that do not protect the structure from potential ship impacts. The bridge is also a hot spot for collisions as it has narrow road lanes and no median barriers.

The report recommends the regional transportation authority to initiate a study to determine whether advance warning and monitoring systems can be implemented to detect high wind and seismic events. With the data provided by systems, bridge operators could warn users and close the crossing ahead of time before the arrival of potentially damaging winds or seismic waves.

Existing wind monitoring systems in the area could be incorporated into the system. An Emergency Management Plan would be developed to create protocols for closing the bridge during a windstorm.

All of these measures are designed to reduce the safety risk of the Pattullo Bridge until a new $1-billion replacement bridge is built. The report reiterates the urgency of “advancing” the planning work for the replacement project; either way, with or without a new crossing, the existing aging structure would need to be closed by 2023-2024 at the very latest.

TransLink had originally planned on spending $100-million to rehabilitate the bridge and improve its seismic durability to mitigate the risk before a new crossing can be built. But the project was canceled as it was deemed cost prohibitive given the crossing’s limited lifespan.

Instead, the transportation authority moved forward with a modest $25-million project that rehabilitated the bridge deck only. This project was completed in late-August, however, even with the upgrades, the bridge’s capacity is reduced from three lanes to two lanes during overnight hours for safety reasons.

Public consultation on the future new crossing, specifically on the number of lanes and location, begins later this fall.

The Pattullo Bridge is used by 83,000 vehicles on an average weekday, making it one of Metro Vancouver’s busiest crossings. During the recent rehabilitation construction period, usage dropped to approximately 50,000 vehicles per weekday, with 33,000 vehicles diverted to other routes.