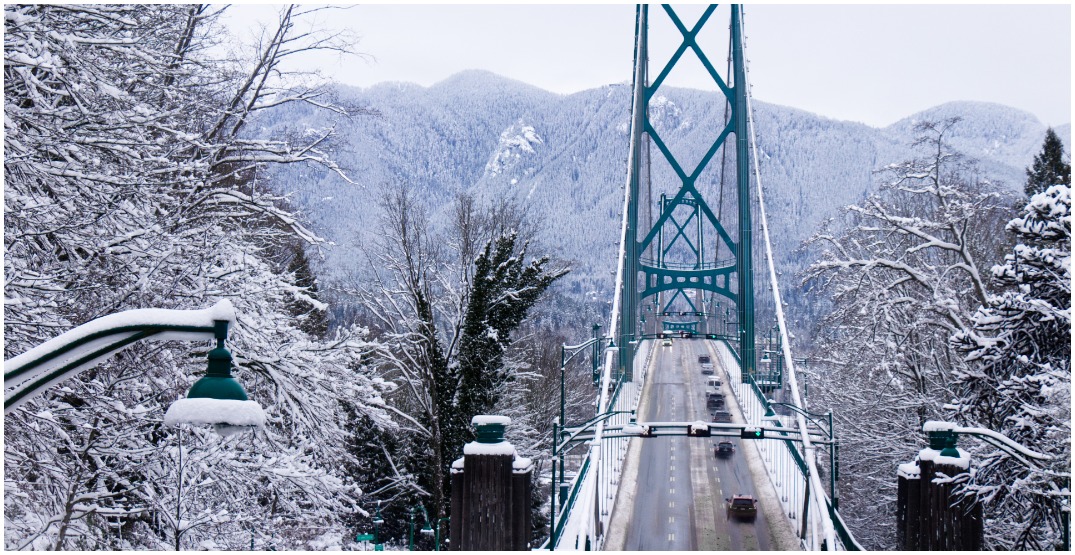 Another day, another set of temperature records broken around BC.

On Monday December 27, more than 20 records were smashed from Abbotsford to Squamish, and many places in between.

This deep freeze has firmly set in around western Canada and Environment Canada is again detailing the temperature records that have been broken. 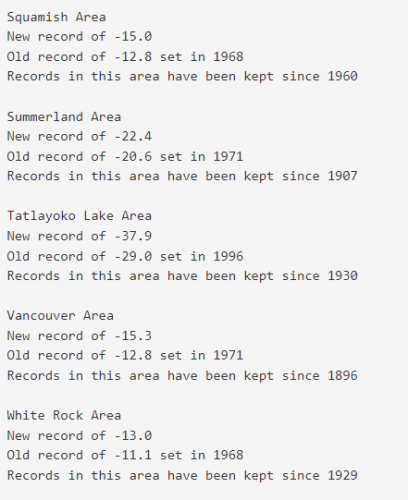 In total, more than 20 records were broken around BC. You can find the full list here.

Ending the year with more extreme weather in Vancouver- a high today of -8C. Marks the end of a year of extreme heat, fires, floods that all impacted key supply chains/tested resiliency. Highlights both need to adjust inputs in scenarios and to invest in mitigation and transition pic.twitter.com/YVyBeygb9O

not sure but this might be some of the coldest weather i’ve experienced in vancouver pic.twitter.com/PVwx88xWWl

So, just how long are these arctic temperatures going to stick around?

There is still an Arctic Outflow warning up for much of the south coast, including Metro Vancouver, Fraser Valley, Howe Sound, Sea to Sky Highway, Whistler, and near the mainland inlets of the Sunshine Coast.

Until Wednesday, December 29, we can expect windchill values nearing -20°C.

Environment Canada is also warning that “frostbite and hypothermia can occur within minutes if adequate precautions are not taken when outdoors.”