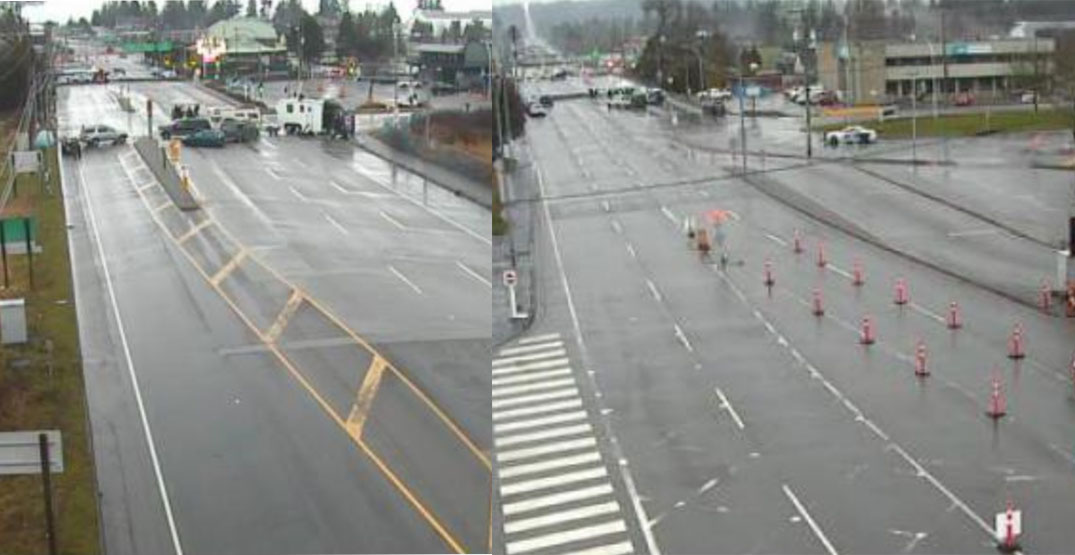 No traffic can get through the Pacific Highway border crossing in Surrey, BC for the third day in a row because of an anti-COVID-19 mandate blockade.

Canada Border Services Agency spokesperson Rebecca Purdy told Daily Hive that the crossing is open but no travellers can get through because demonstrators have blocked the road approaching the office.

“The CBSA recognizes border disruptions affect both travellers and industry and is working collaboratively with law enforcement partners to restore normal border operations at affected ports of entry as quickly as possible,” she said.

Traffic cameras near the Pacific Highway crossing show some vehicles parked on the road blocked in, as well as police vehicles on the scene.

Surrey RCMP said Monday that officers are still present at the crossing, and say there’s currently no access to 176 Street south of 8th Avenue. In addition, 0 Avenue is blocked at 184 Street to westbound traffic.

“Over the weekend I was on scene to support policing operations and to assess the situation on Highway 15 firsthand. I understand the frustration of the public who wish to see this situation end,” said Brian Edwards, Officer in Charge of Surrey RCMP. “I want to assure our community that I am committed to seeing this situation resolved safely, peacefully and as soon as possible.”

Pacific Highway is typically used by truck traffic that’s not allowed to cross at Peace Arch in White Rock. Purdy said the Aldergrove and Abbotsford-Huntington border crossings remain open and suggested travellers use those as alternates. 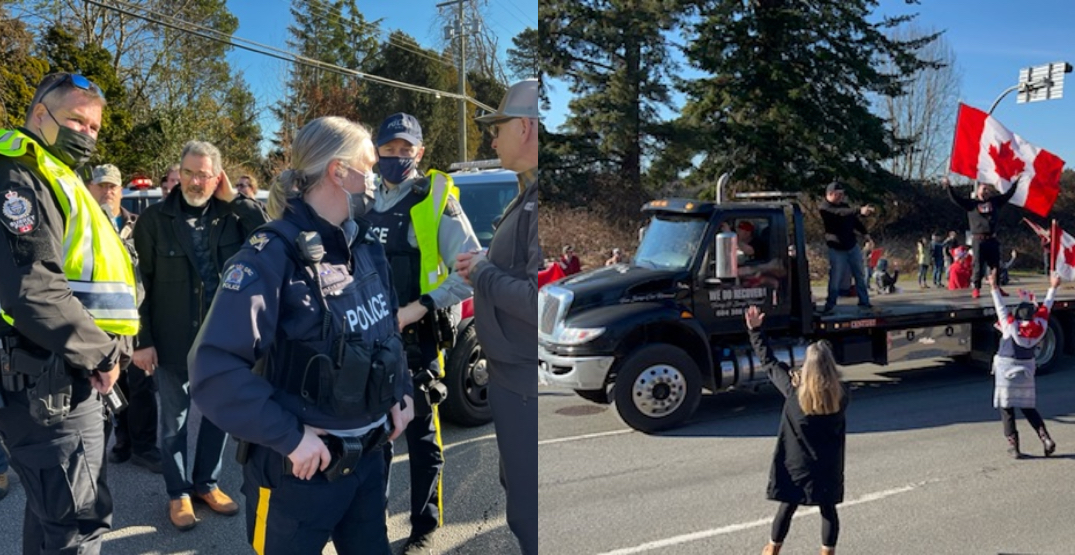 The anti-mandate demonstration at Pacific Highway has been going on since Saturday in tandem with other “Freedom Convoy” border blockades across the country. Surrey RCMP said four people were arrested for mischief over the weekend.

The event drew a large crowd on Saturday, but most of the protesters have since gone home. Only a few remained Monday in the rain.

Daily Hive has reached out to the BC Trucking Association for comment but has not yet heard back.