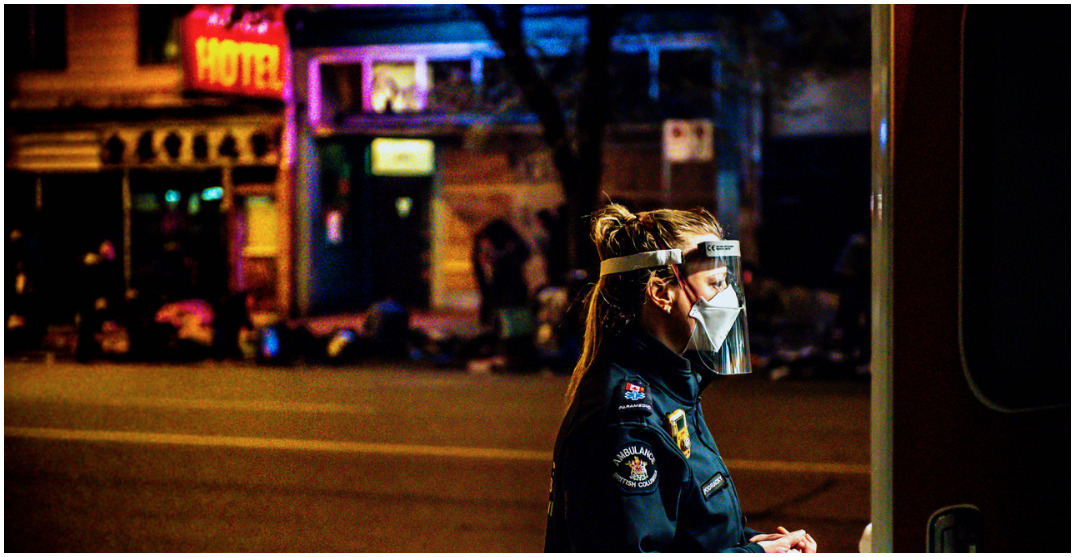 The BC Coroners Service (BCCS) announced Tuesday that between January and June of 2021, 1,011 people have lost their lives due to illicit drug toxicity.

There were 159 deaths in June, which was the ninth consecutive month that over 150 people died from toxic drugs.

The six-month number is actually an unfortunate new record for deaths due to toxic illicit drugs in the first half of a calendar year.

“The deaths of more than 1,000 British Columbians in the first six months of 2021 is a tragic reminder that the toxic illicit drug supply remains a significant ongoing threat to public health and safety in communities throughout our province,” said Lisa Lapointe, Chief Coroner, BCCS. 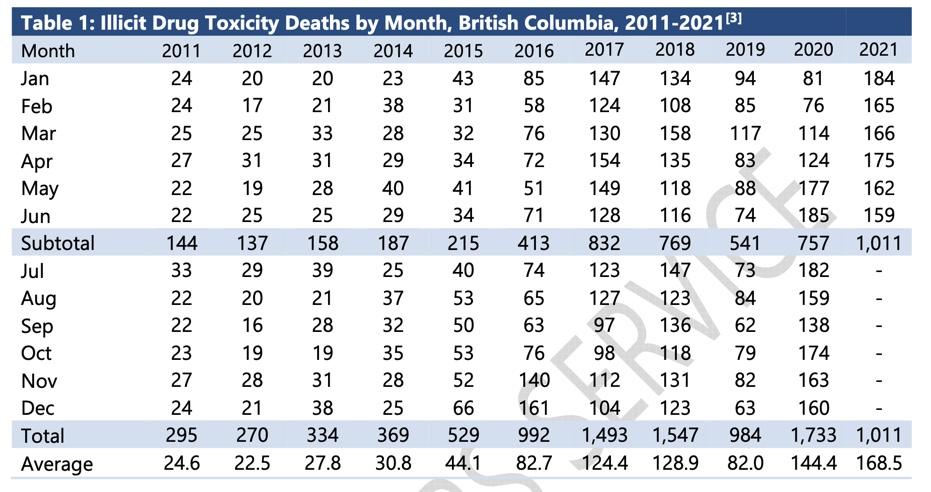 Fentanyl has been ruled as the primary driver, contributing to 85% of these deaths.

“We must push the governments to immediately implement a safe regulated supply of the drugs people need. We must stop the preventable deaths of our loved ones,” said Lesley Mc-Bain, the co-founder of Moms Stop the Harm.

Fraser and Vancouver Health authorities made up for 342 and 283 of the deaths respectively.

Toxic illicit drug deaths remain the leading cause of unnatural death in the province.