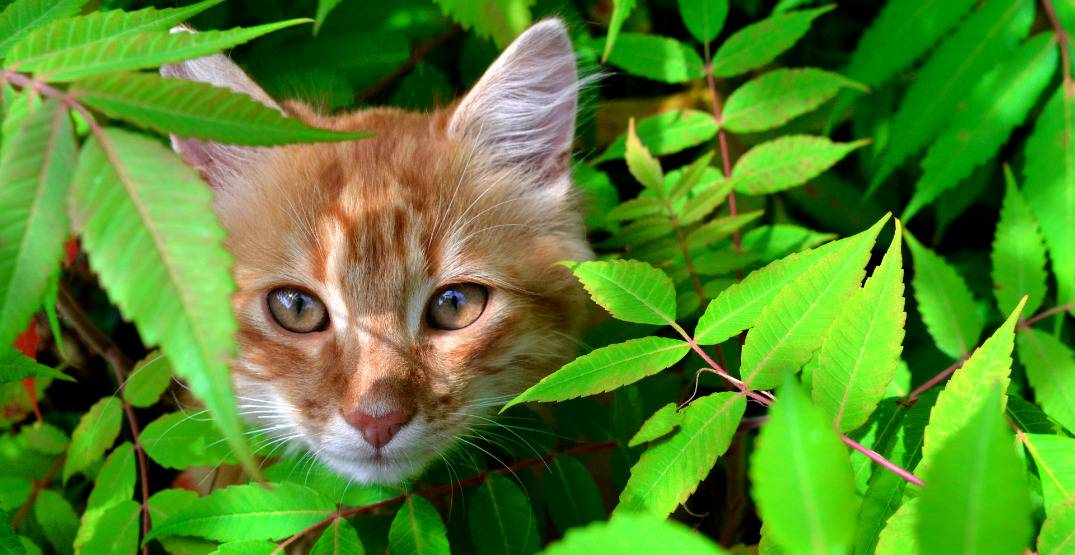 Toxoplasma gondii is a species of parasite that can be potentially fatal to birds and mammals, and your cat could unknowingly be playing a vital role in spreading it.

Owners of cats who are allowed to roam the great outdoors aren’t strangers to their feline friends bringing home a dead bird, but a new study led by UBC researchers suggests their impact on wildlife in urban areas around the world may be far greater than previously understood.

The study is the first of its kind, and highlights the potentially fatal impact domestic cats can have on wildlife in urban areas, particularly densely populated ones.

A cat can excrete as many as 500 million parasite eggs in just two weeks. Those eggs can live in soil and water for years which can then potentially infect any bird or mammal. Healthy animals are rarely impacted by the parasite, but if that animal’s immune system is compromised the parasite can trigger illness or death.

Feral cats are also able to spread the parasite, although the study suggests domestic cats are the primary driver.

“As increasing human densities are associated with increased densities of domestic cats, our study suggests that free-roaming domestic cats—whether pets or feral cats—are the most likely cause of these infections,” said Dr. Wilson in a statement.

The solution could be very simple.

“By simply limiting free roaming of cats, we can reduce the impact of Toxoplasma on wildlife.”

The parasites can also impact humans, and are particularly dangerous for pregnant women.

Toxoplasma gondii is actually one of the most common parasites that exist. Humans typically become infected by it through eating undercooked contaminated meat.

The research from UBC also highlights how intricately connected different ecosystems are.

“We know that when wetlands are destroyed or streams are restricted, we are more likely to experience runoff that carries more pathogens into the waters where wild animals drink or live,” said Dr. Wilson.

“When their habitats are healthy, wildlife thrives and tends to be more disease-resistant.”