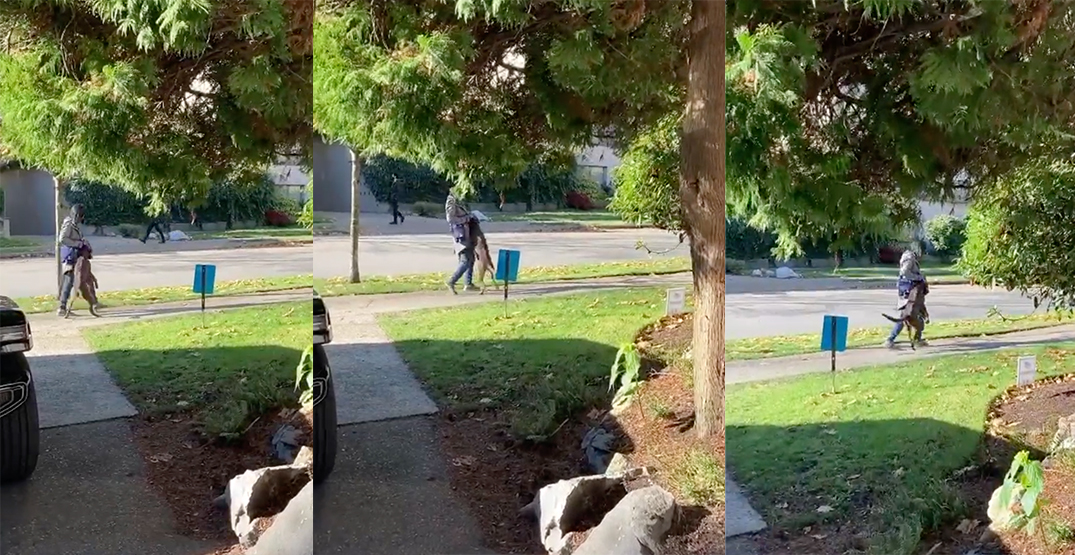 The BC SPCA has concluded its investigation into a woman who was filmed kicking and dragging a dog along a sidewalk in Vancouver’s West End neighbourhood this month, saying she was attempting training methods found online.

The woman won’t be charged over her treatment of the large chocolate-brown dog, and the BC SPCA told Daily Hive the woman faced harassment related to the videos being shared online.

The woman apparently looked up training videos on YouTube, and was following a popular US trainer’s aversive methods.

“It was really a matter of helping the owner understand the necessity of using positive, reward-based training methods,” BC SPCA spokesperson Lorie Chortyk said.

“She was very receptive and grateful for the help, and is going to be working with a BC SPCA-accredited AnimalKind trainer moving forward.”

The woman gained notoriety after a witness in the area shared photos and videos of her walking the dog. The videos were shared widely on Instagram and Facebook, as well as several neighbourhood groups and forums.

A warning, the following footage could be disturbing to some viewers.

In one video, the woman is seen lifting the dog up by its collar and dragging it along the sidewalk.

In another clip, the woman is seen swiftly kicking the dog as they walk.

The BC SPCA said the file has now been closed.

A third clip shows the woman pull back as the dog walks past a smaller canine.