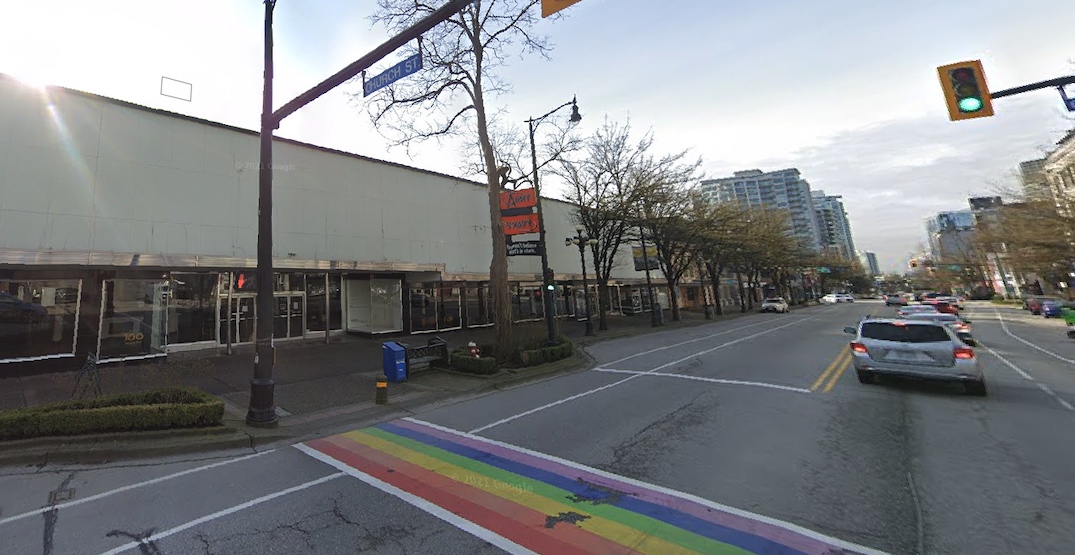 The shuttered Army & Navy department store in downtown New Westminster is expected to become a temporary homeless shelter, in response to a growing need for emergency shelter space in the area.

Last week, New Westminster City Council gave notice that it will consider issuing a temporary use permit for an emergency shelter at the former store at 502 Columbia Street, near SkyTrain Columbia Station.

The homeless shelter would also be operated by the society, within the ground level of the former store — about one-quarter of the building floor area. It would have a capacity of up to 50 beds, along with some support services.

At the very least, the space would be operated as an Extreme Weather Response Shelter (EWRS), which would be activated from November 1 to March 31 during extreme weather events.

With operational funding from BC Housing, the shelter could be upgraded to a 24/7 operation for up to 18 months — until the four-storey, 52-unit modular supportive housing building at 68 6th Street, about two blocks to the north, reaches completion. 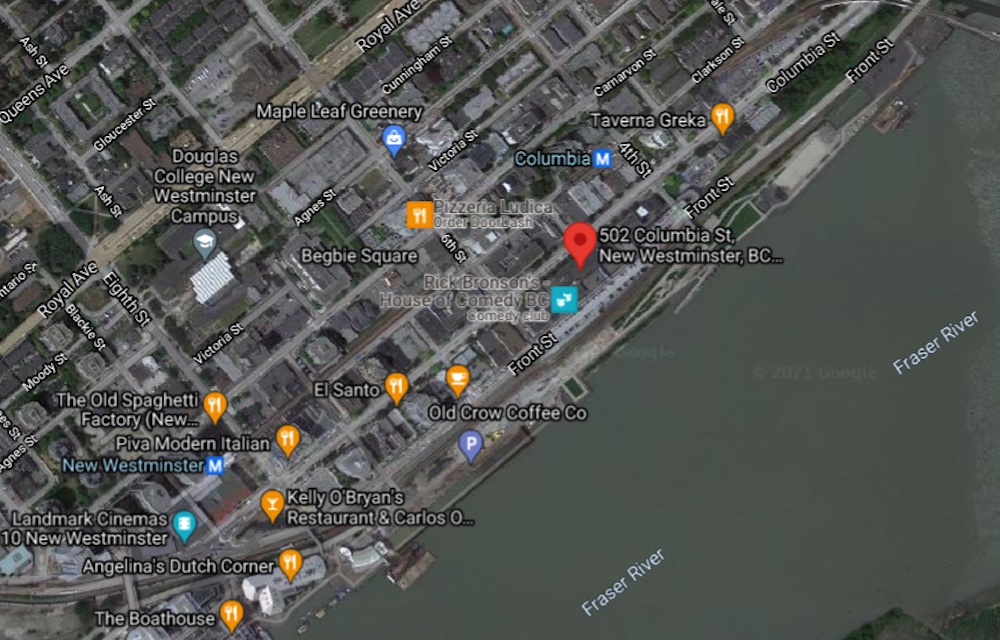 City staff state there is a need for a minimum EWRS use of the store space, as the previous 30-bed facility in the Cliff Bock at 606 Clarkson Street is in the process of being renovated into a multidisciplinary health clinic with non-shelter uses.

Currently, New Westminster’s total capacity is limited to 52 beds for emergency shelter uses. But according to city staff, the demand far exceeds supply, with the unsheltered homeless population within New Westminster estimated to be in the hundreds — three to four times the pre-pandemic figure — as of September 2021.

Due to city staff’s deeming of the emergency nature of the homelessness situation ahead of winter weather conditions, public consultation on the shelter will be limited, ahead of the city council’s expected final approval of issuing the temporary use permit.

If approved, the permit Purpose Society would be able to operate the shelter as a minimum EWRS for up to three years, with an option to renew for an additional three-year term after the city council’s consideration for an extension.

Army & Navy was forced to close all of its store locations in 2020 due to the dire early economic impacts of the pandemic, but BC’s Cohen family is still the owner of the properties.

The family has allowed the provincial government and City of Vancouver to use a portion of their closed Army & Navy store — the West Hastings Street wing — in the Downtown Eastside for a 60-bed temporary homeless shelter, which opened this past spring as part of the strategy to end the Strathcona Park encampment.

In July 2021, the family announced a partnership with Bosa Properties to plan the redevelopment of the Downtown Eastside store into a mixed-use complex with affordable and market rental housing, office space, retail and restaurant spaces, and community amenities.