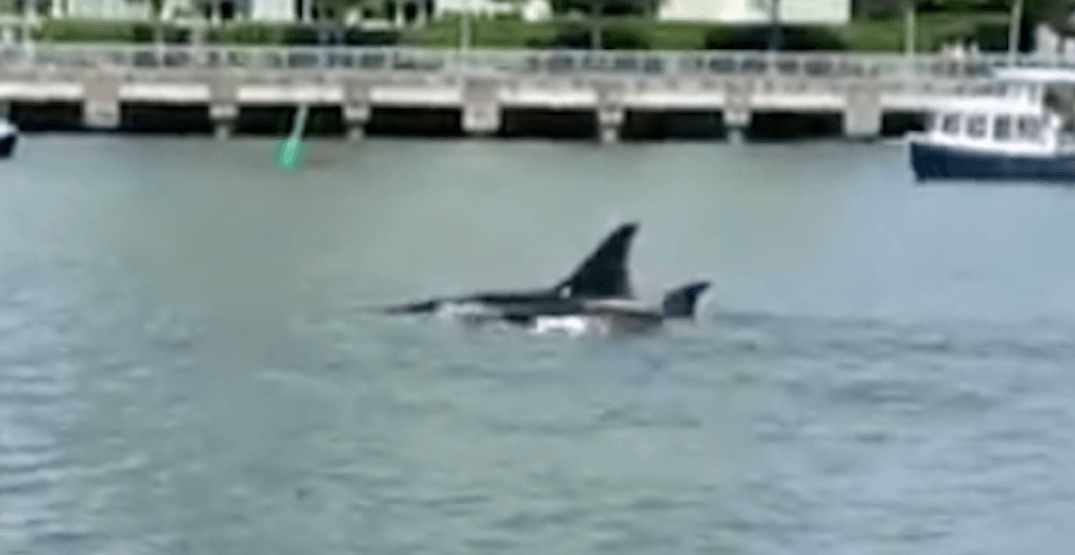 It was a mesmerizing display from Mother Nature in the middle of the city on Wednesday, as a pod of orcas was spotted in Vancouver’s False Creek.

And those lucky enough to witness it, shared their shots on social media.

While still a rare sight, it seems that orcas have been deciding to hang around in the vicinity of Vancouver a little more frequently, as of late.

Late last month, a pod of orcas paid a visit to a popular kayaking area near North Vancouver and that scene was witnessed by a group of people on a kayaking tour of Indian Arm.

The video was then shared by Deep Cove Kayaking Tours.

Where the next whale sighting close to the city will take place is now anyone’s guess.