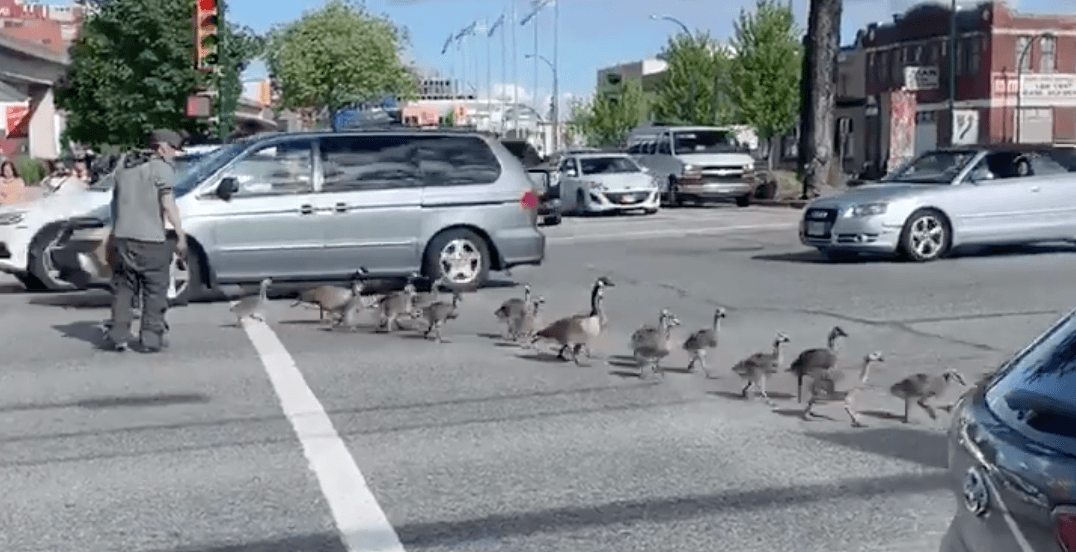 Geese and goslings shut down traffic in Vancouver / Darcy Matheson

Love them or hate them, Canada geese are a part of life in Vancouver.

Just over a week ago, we told you about the gaggle of geese that flagrantly ignored traffic signs to cross the busy intersection at Cambie Street and Broadway.

Now take a gander at this.

On Thursday night, a group of more than 20 geese and their goslings stopped traffic at one of the city’s busiest commuter intersections — during the evening rush hour no less.

Faith in humanity restored: All traffic at Vancouver’s Main & Terminal — one of the city’s busiest commuter intersections— during rush hour just stopped to let 20+ geese and goslings cross safely. pic.twitter.com/fU1dFNNOdD

Assisted by a friendly shepherd, who waved a cardboard sign at traffic, cars stopped to make way for the dozens of geese that crossed Main Street.

The gaggle then proceeded up Terminal Avenue towards Science World.

And being completely cheeky, they walked down the middle of the road to get there.