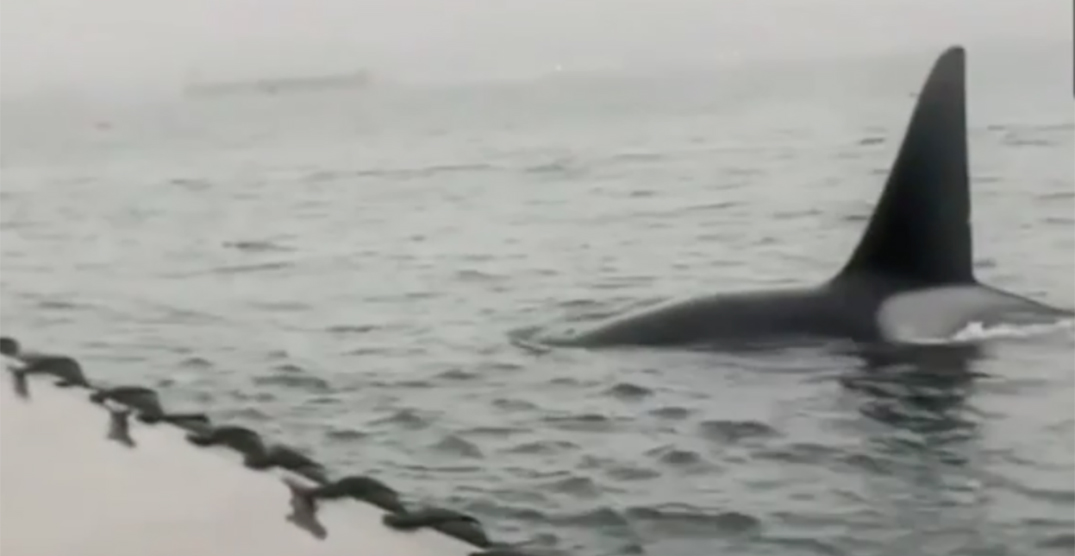 A group of orcas swam right up to the seaplane terminal in Vancouver’s Coal Harbour this weekend, and video footage circulating on Reddit shows just how close the animals got.

Reddit user TheShar shared a video from the Harbour Air dock of at least two orcas breaching next to the platform on Saturday.

The whales’ tall dorsal fins stuck out of the water, and they expelled water through their blowholes before diving under again.

Daily Hive first shared the video of the massive whales in downtown Vancouver on Saturday, when a spotter captured images of them from the Convention Centre deck — where the Digital Orca sculpture is on display.

“They eventually crossed over towards Stanley Park towards First Narrows and Burrard Inlet, but they could have gone anywhere,” the spotter told Daily Hive.

Daily Hive reached out to Harbour Air for comment, but has not yet heard back.

This latest orca sighting comes after two humpback whales were spotted in Horseshoe Bay in West Vancouver, alongside BC Ferries vessels.