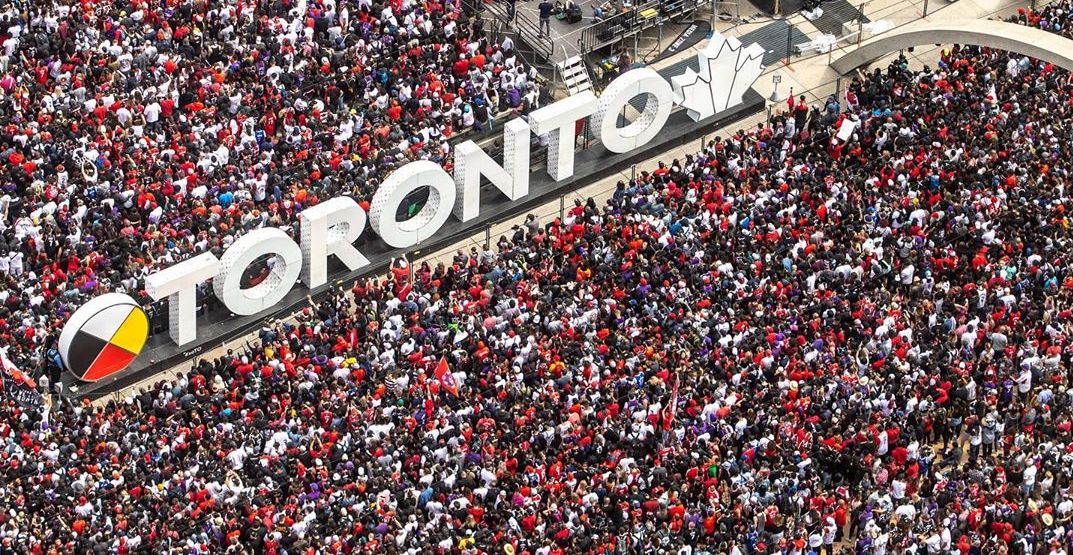 Following the biggest party that the City of Toronto has ever seen on Monday celebrating the Raptors win, the numbers of just how many attended the pandemonium are slowly rolling in…

He added that Nathan Phillips Square alone housed about 100,000 fans.

The TTC has also said that they set a ridership record on Monday—registering about 2.7 million riders during the day, 70% more than their usual Monday average of 1.6 million riders.

But—none of these numbers are exact, merely bewildering figures, having much the same effect as staring perplexed at the overhead pictures of Monday’s sea of crowds, a mosaic of unidentifiable faces dressed in red, black and white.

We need an exact number.

We need it now.

And one company is trying to do the unimaginable, and give it to us.

Print and digital production company, M&H, has launched an online Raptors parade count ticker, in an attempt to find an exact number of how many people attended Monday’s event.

So if you were in attendance at the parade, do the people of Toronto and all mankind a favour and go click yourself into history.

Just be Canadian about it, and don’t cheat. Theoretically, you can click the button as many times as you’re heart desires.

We’ve found that out the hard way by clicking it one too many times, so if you’re looking to “share your number at #raptorsparade” like the website suggests, make sure you do minus 1. 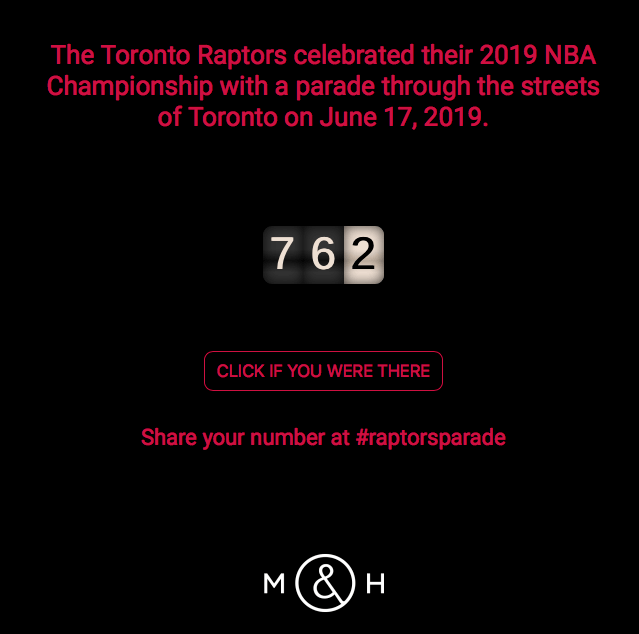