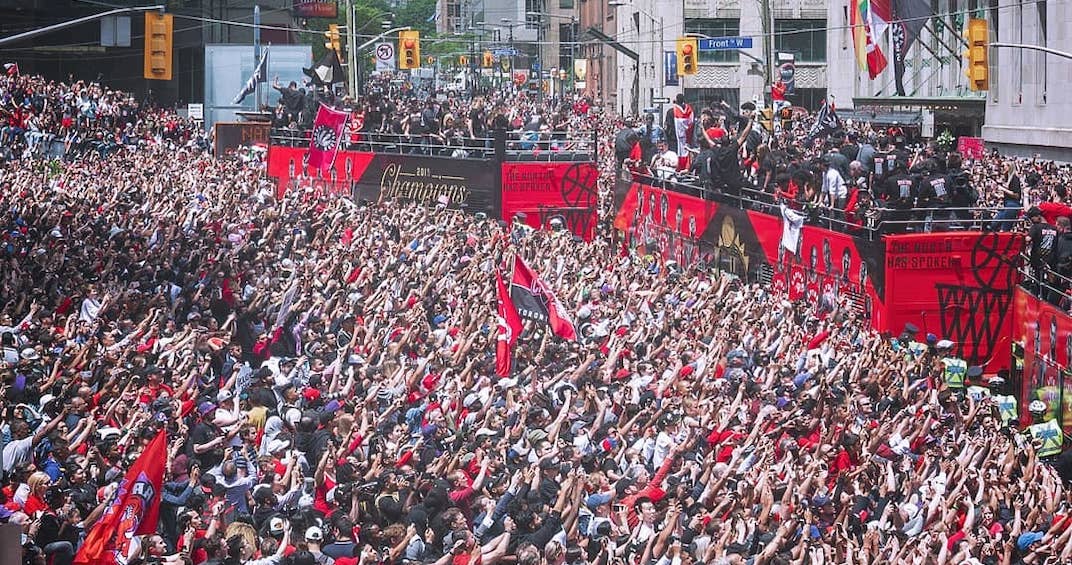 Monday marked a historic day in Toronto as millions of fans turned the downtown core into a sea of red as the city came together to celebrate the Raptors first-ever NBA Championship in franchise history.

Following Monday’s festivities, the Toronto Transit Commission (TTC) says it set a record for single-day ridership—all thanks to the Raptors championship parade.

Toronto’s chief communication officer, Brad Ross, told Daily Hive the city estimates more than 100,000 people were packed in and around Nathan Phillips Square for the celebration on Monday afternoon, and more than one million people attended the parade.

According to TTC spokesperson Stuard Green, the transit authority registered approximately 2.7 million trips across its network on Monday, about 1.1 million more than an average Monday, which is roughly a 70% ridership increase.

On a typical Monday, the TTC said it sees about 1.6 million people riding its network, which includes subways, buses, and streetcars.

Very early estimates show a #TTC ridership bump of roughly 70 per cent compared to a regular Monday – 2.7M rides vs 1.6M. While we can always learn and improve, things went very well from a transit perspective. Thanks to our staff and customers for making it so!

Mayor John Tory says this “appears to be the new one-day ridership record for the TTC.”

The @TTChelps estimates 2.7 million rides were generated Monday during the @Raptors championship celebration. That’s an approximately 70 per cent increase in rides compared to a normal Monday and appears to be the new one-day ridership record for the TTC. #WeTheNorthDay pic.twitter.com/2yRBdGkAfi

With the massive influx of people Monday, the TTC was forced to shut down multiple subway stations, due to overcrowding concerns.

Multiple TTC routes were also diverted to accommodate the parade.