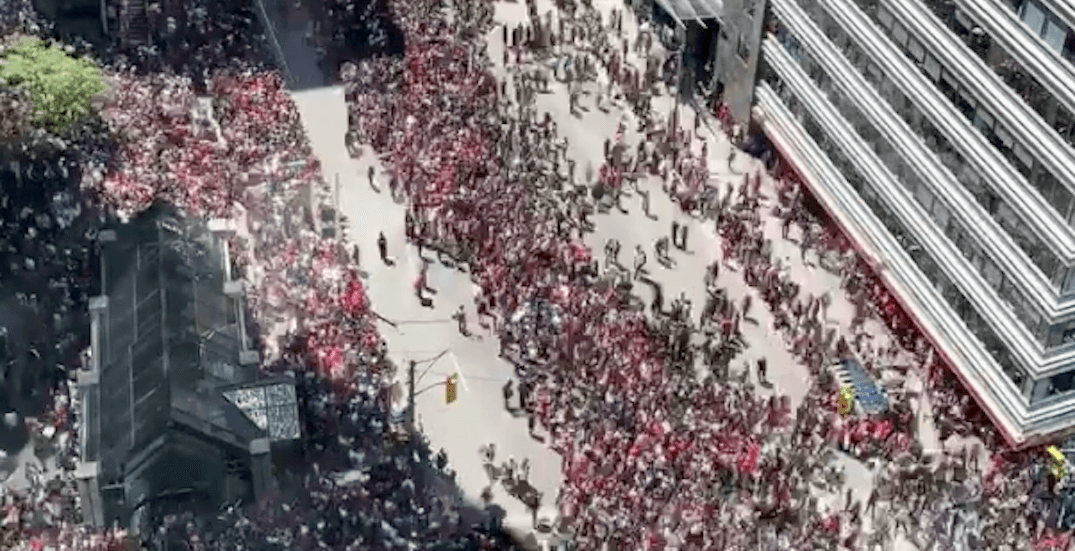 To say downtown Toronto was busy on Monday is a severe understatement. Thousands descended into the city’s core to celebrate the Toronto Raptors during their championship parade, causing massive crowds all over the (already) busy downtown streets.

In fact, Osgoode, Queen, and Dundas station were all closed at one point due to overcrowding.

One person made an epic timelapse of King and University from 9 am until 2:20 pm showing the mayhem of crowds at peek parade time.

Check out their video below.