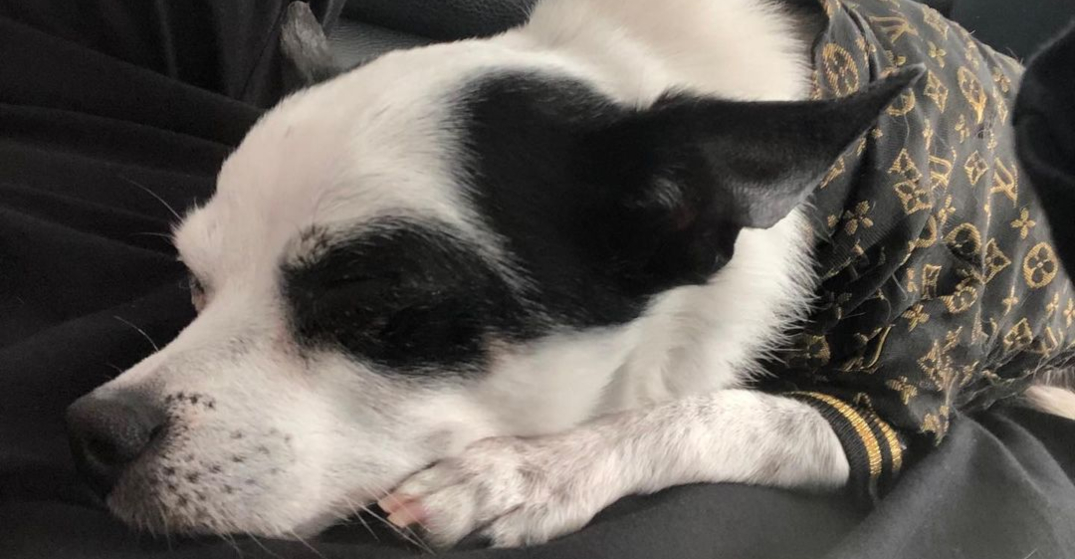 You know that old adage, “every dog must have his day?” Well, Tokyo has had plenty of them. Approximately 7,660 of them, in fact.

In an email with Daily Hive, David Gaynor has proudly introduced us to his dog, Tokyo — a 21-year-old Chihuahua and Jack Russell Terrier mix — who may very well be the oldest dog in Canada.

For those wondering, Tokyo would be 101 years old in human years (according to Pedigree’s Dog Age Calculator).

David, who thinks Tokyo is the oldest pup in the country, says Tokyo spent the first 20 years of his life in Toronto and has since made the move to Montreal.

David says Tokyo is “quite the fashionista” as David’s partner, Steven, is a stylist for the “rich and famous of Canada,” and that the pooch follows suit.

Tokyo’s owners say the dog recently survived a tragedy, which the impressively old pooch overcame. “His tail had to be amputated after a door crushed it,” David tells Daily Hive. “He’s okay now and the vet says Tokyo is shockingly healthy!”

David says he was first impressed with Tokyo’s age after a 2018 visit to a Toronto vet. “They told me Tokyo was 18 [at the time] and I couldn’t believe it. I thought it was a mistake.” The owner says he’s “still confused” as to Tokyo’s exact birthdate but firmly believes Tokyo is the oldest dog in Canada, “or at least in Toronto and Montreal.”

Steven says Tokyo was born north of Toronto and he first set eyes on the puppy at the Gay Pride Festival in Toronto. Steven then made arrangements to adopt Tokyo and the rest is history.

A representative for the Canadian Veterinary Medical Association tells Daily Hive that Jack Russell Terriers have an average lifespan of “anywhere between 13 to 16 years” and that Chihuahuas tend to live “up to 16 years.”

Cheers to another 21, Tokyo. Feel free to keep up-to-date with the adventures of Tokyo on his Instagram page.