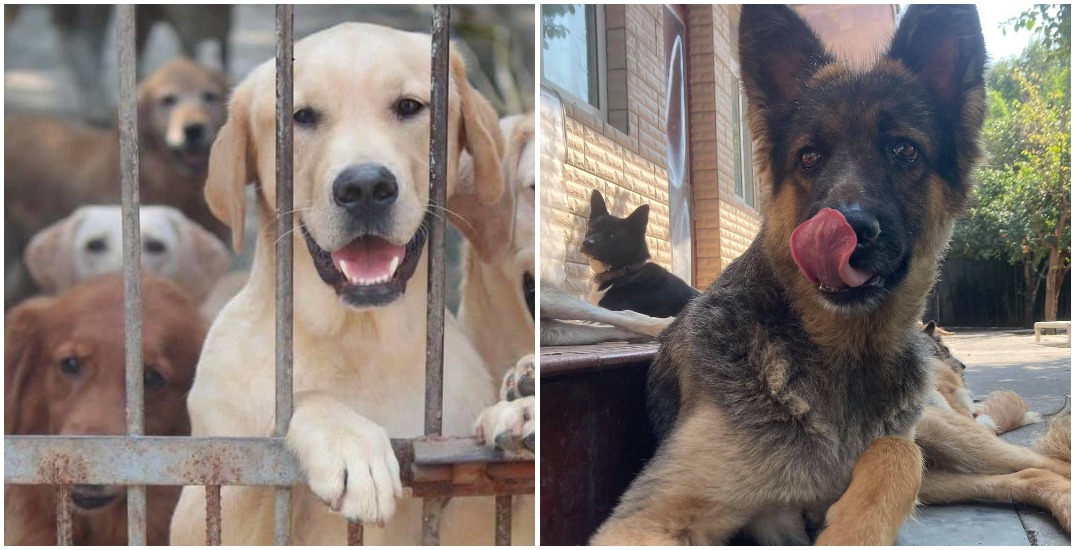 No Dogs Left Behind Canada/Facebook

A global animal welfare group is bringing dozens of dogs saved from being killed in the meat trade industry to Toronto in efforts to find them forever homes.

Volunteers with the group No Dogs Left Behind (NDLB) physically remove animals from slaughterhouses and wet markets to save them from traffickers in the dog meat trade in East Asia.

The US-based charity has safe havens overseas for the animals once they are rescued. After the dogs are rescued, they receive medical treatment, are rehabilitated, and are prepared for adoption.

NDLB recently opened its first Canadian safe house for dogs in Toronto at the Rosewood Pet Resort. Although temporary, the group is building a sanctuary in Scarborough that is set for completion this month.

Some rescue pups have already landed, and around 70 more dogs are set to arrive in December after quarantine, according to Jeffrey Beri, the organization’s founder. He has been saving animals from the meat trade overseas for the past five years.

Beri said many of the dogs they save from slaughterhouses are stolen from the streets and from homes: “I can’t tell you how many collars I cut off dogs necks… probably 60 percent of the dogs had homes.”

“My teams are sponsoring, managing, the execution of the [slaughterhouse] shut down, we demand documentation of the purchasing of the dogs, we demand health certificates of the dogs,” Beri said. “When [people involved with the meat trade] can’t provide them, government officials issue fines that are levied against them that exceed the cost of the dog meat — so they render the dogs.”

Part of the negotiations is that Beri’s team take the dogs at the moment, he said.

“Once we take the dogs, [they] are so demoralized. They are so scared, particularly of humans — even other dogs,” Beri said.

The sanctuaries have an intense rehabilitation protocol for the animals, Beri told us. “We’ve had incredible success in turning dogs that were ferocious into lovable pets who have learned to trust humans and cohabitate with other dogs.”

He added that the dogs are also vaccinated, sterilized, and tested for diseases before being put up for adoption.

“I could save a dog from the slaughterhouse, but a dog is really rescued once it receives love,” Beri said. “It’s the ones I can’t save that haunt me.”

Seeing the dogs at their forever homes is what Beri calls his “fuel.”

“I see them from when I pick them up — emaciated, no hair, broken bones — to see them in their homes, playing with kids and a family, running on the beach.”

For those who’d like to be involved with the dogs but aren’t in a position to adopt or foster, Beri recommends donations, volunteering, or simply going to the sanctuaries to spend time with the animals.

While NDLB is looking for foster and permanent homes for these rescue dogs, Beri said the organization’s mission is also about raising awareness about animal cruelty and advocating for animal welfare laws to see no animal tortured or slaughtered for commercial goods or profit.