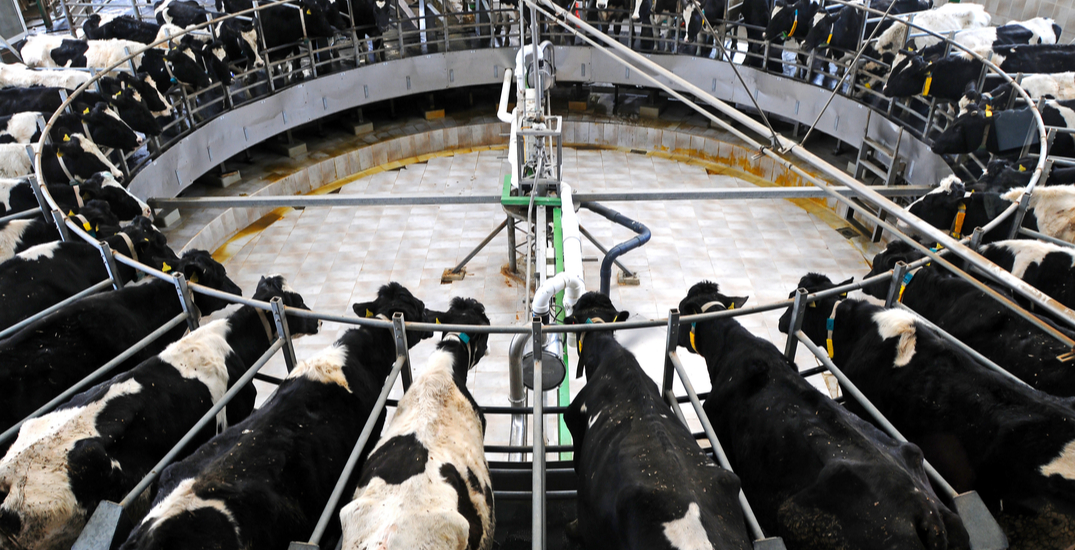 The clock has been ticking in the dairy industry for a while, and a recent public scandal may be the time bomb that draws the dairy milk era to a close.

In the heartbreaking video, workers hit cornered cows in the face with canes; mother cows wail hauntingly and are kicked in the face by employees as their babies are roughly grabbed by their fragile legs, tossed into wheelbarrows, and rolled away to the slaughterhouse or to be raised for the same cruel fate.

Cows Beaten at Organic Dairy Farm in BC from Animal Justice on Vimeo.

While this blatant cruelty is not the worst I have seen, it’s unfortunately nothing new. Animal abuse and suffering are endemic in the dairy industry. To fully understand why that is, we need to go back to the last headline-making video leak from a BC dairy farm.

In 2014, hidden cameras at Canada’s largest dairy farm in Chilliwack revealed horrific abuses. Video footage showed cows being punched, kicked, and beaten with chains and rakes; left to suffer with open wounds and without desperately needed veterinary care; and lifted up by their necks using chains and tractors.

In the ensuing public outcry, the eight employees involved were fired and many faced animal cruelty charges. 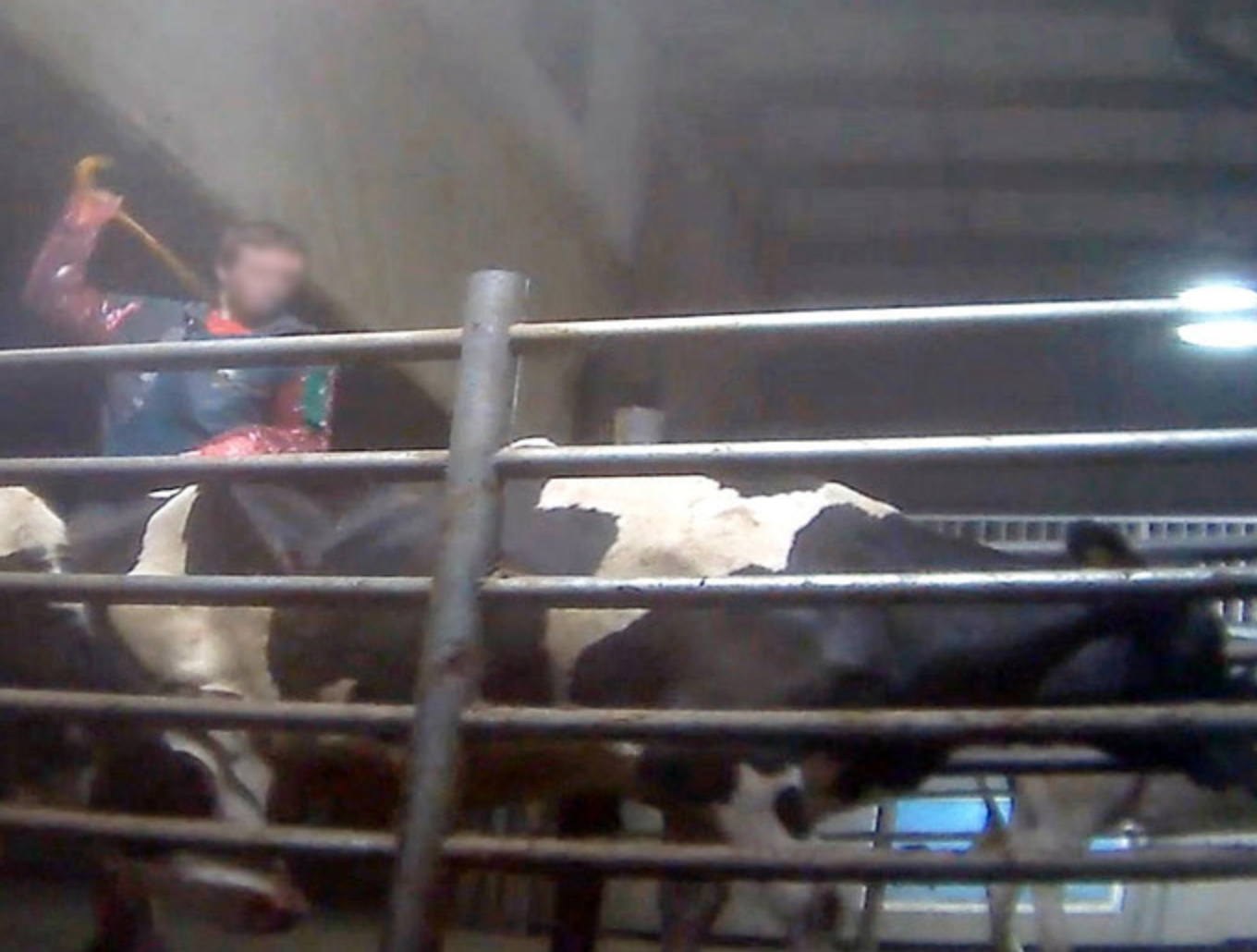 In 2014, cameras captured abuses against cows at a Chilliwack, BC, dairy farm.

The incident prompted a more in-depth look into the dairy industry as a whole. Soon after, the National Farm Animal Care Council’s (NFACC) Code of Practice, which outlines appropriate treatment of the animals used on farms, was incorporated into legislation in BC. The industry also implemented a system of inspections to ensure farmers were complying with the regulations.

In droves, they weren’t.

Within the first 18 months of the new system being implemented, 27 percent of farms failed the inspections and required corrective action; 10 percent were still deemed non-compliant upon their follow-up inspection. Findings described farms with inadequate space for cows, including during the stressful birthing process; extremely limited access to feed troughs; wet and dirty pens; and cows showing such severe signs of lameness that they had to be euthanized.

At the time, industry leaders placated questioning consumers with supposed reasons for the non-compliance: farm owners simply didn’t know about the regulations or new methods. They floated goals of improved education, spot checks, and the ever-effective “peer pressure” to improve conditions.

It has been seven years since the dairy industry began conducting inspections with the goal of improving consumers’ confidence in the food they purchase. By now, the typical dairy buyer would expect the industry to have ironed out any kinks in their system. The most recent video leak has thrown a wrench directly into that carefully curated trust.

This year’s footage from Cedar Valley Farms is yet another reminder of what happens when sentient animals are treated as commodities for profit – “cash cows” in the most literal sense of the word.

It has revealed to consumers that cruelty is still rampant, that an organic label on an animal-based product doesn’t necessarily indicate an ethical purchase, and that ultimately the dairy industry cannot be trusted to self-regulate.

Consumer trust is hard to build when you can’t know if the animals whose bodies produced the milk were treated with respect. The milk used for commercial dairy products is typically “pooled” in BC, meaning if you purchase products like cheese, yogurt, ice cream, sour cream, or butter from the grocery store, it’s virtually impossible to tell which farm they came from.

There is also increasing awareness about the suffering inherent in the production of dairy. Cows don’t produce milk all the time; they produce it for their young, like humans and any other mammal. In order to ensure a consistent milk supply, the dairy industry repeatedly impregnates cows and removes their calves as early as just after birth. Calves reared without their mothers experience unnatural behavioural changes and drink far less milk from a bottle than they would otherwise. Their mothers experience an increased risk of mastitis when suckling is not allowed. Then, when the cows are no longer productive, they are typically sent to be slaughtered for meat between two and six years old. Their life expectancy outside of the industry is 15 to 20 years.

The dairy industry has been given endless chances to change for the better, and they have failed to do so again and again. Of course they have – there is money to be made in the status quo.

What this industry fails to realize is that humans do not need animal-based dairy. It is not a necessary part of the human diet, and all the nutrients it provides are found in other foods. With the increasing shift toward plant-based eating, there is a wider variety of delicious animal-free alternatives than ever.

Time is up for the dairy industry’s endless journey of supposed self-improvement. In a consumer society, only consumer action will spark a change. Only when people start reaching for oat milk instead of 2% or canola oil instead of butter will we see a breakthrough in the treatment of farmed animals. It’s time to vote with our wallets. It’s time to boycott animal-based dairy products.