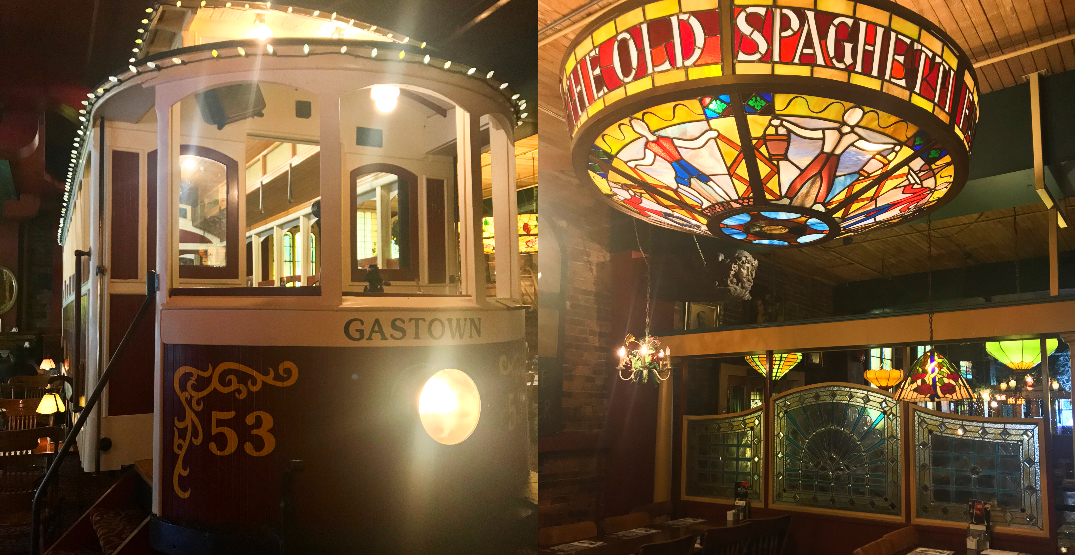 Are ghosts real? It depends who you ask, but in Vancouver, the most haunted building is The Old Spaghetti Factory at 53 Water Street in Gastown.

It’s unique both in its history and in the sheer number of ghost sightings that happen here.

Daily Hive spoke with the Old Spaghetti Factory and Forbidden Vancouver to learn more about the haunted history and ghosts of Gastown.

Walking into the Old Spaghetti Factory feels like you’re stepping back into Gastown’s Victorian past. Vintage decor and an entire train car inside the restaurant bring the history of the space to life. 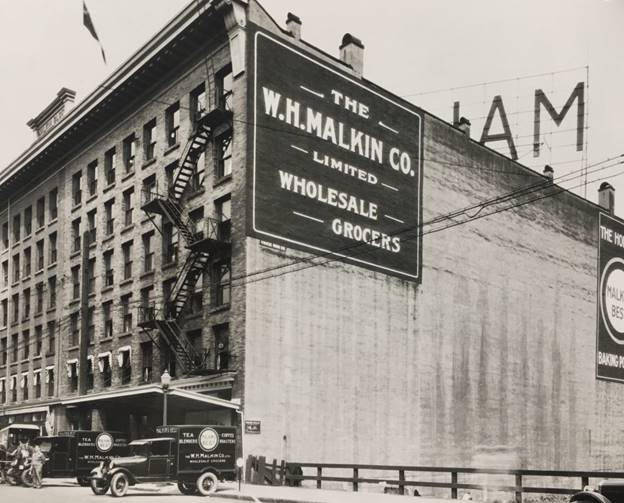 “I have to believe yes,” said Kanuka. He said half of the staff have seen and heard things repeatedly, and half of the staff never do. “Pick any group of staff, put them at a table, and get them sharing what has happened to them. It’s suddenly pretty clear that it’s haunted.”

Is it fun to work in a haunted restaurant?

“It’s mixed,” said Kanuka. “I have had dozens of staff have an experience and just quit… Some just outright say they have had too many experiences and are just plain afraid.”

Kanuka said one server was checking the back of the restaurant before they opened to make sure the tables were set. Then, she came up to him, shaking.

“I’ve had so many duplicated first-hand results of a small boy in the trolley. I don’t generally share because I want people to tell me what they have seen, but it’s remarkably consistent – the boy is blonde, hair parted in the middle, wearing blue overalls.”

“He’s maybe the most prolific when it comes to teasing, books, cutlery, and chairs moved… It’s become the norm,” said Kanuka.

Why is the restaurant haunted? Is there something special about Gastown that makes it more susceptible to ghosts?

“I have done quite a bit of research on Vancouver history and particularly Gastown industry in my work,” said Will Woods, the owner and chief storyteller at Forbidden Vancouver.

His company runs historical walking tours in Vancouver, and their Lost Souls of Gastown Tour is extremely popular in October. He’s heard all sorts of stories about the ghosts at the Old Spaghetti Factory, like a tram conductor, a girl with a balloon, a boy who bends cutlery, and more.

But it’s the real and often gruesome history of Gastown that makes it chilling.

“If there’s ever a series of events that could lead to ghost haunting, it would be the things that happened in Gastown over the years.”

“I mean, from The Great Fire alone and the likely dozens of people who died in that fire, to a range of very gruesome murders,” he said.

Woods said that the Old Spaghetti Factory is in the Old Malkin Warehouse, which was owned by William Harold Malkin. He was the mayor of Vancouver during the Great Depression, a difficult time in Vancouver’s history when there was a lot of strife and unemployment.

“So, are there people who passed away during that period that had beef with Malkin, around Spaghetti Factory? Who knows.”

“This concentration of ghosts [is] almost unparalleled anywhere else in Vancouver.”

“I generally tell the story that converted me. It’s also the closest I came to an experience,” said Kanuka.

“We had two ladies come in for lunch. They asked to speak with a manager as they wanted to know about the ‘entities,’ as they could communicate [with entities]. Skeptical, and not wanting to share, I asked what they saw.”

“They described the boy in blue I told you about, but it wasn’t that entity that they wanted to talk about – it was the other in the train. They said he was mad at me because I wouldn’t put up his picture.”

“This made no sense to me, and they said it would be easier to explain if I took them to the manager’s office, where the picture was being kept.”

“To appease them, I agreed – and thought at least I could show them where we cook our sauces and pasta. We walked in and the lady immediately looked way up, pointed at a single picture I didn’t know was there.”

“It was of the train’s conductor and she said ‘That’s him there!’ The woman laughed at me and said he wants it hanging in the restaurant.”

“There is no way anyone knows about that picture. Our owner had found it and hung it after we moved offices. Definitely not the two ladies.”

If you’re captivated by ghost stories and sordid histories, then you can drop by The Old Spaghetti Factory for a meal and walk the haunted back alleys of Gastown with Forbidden Vancouver.